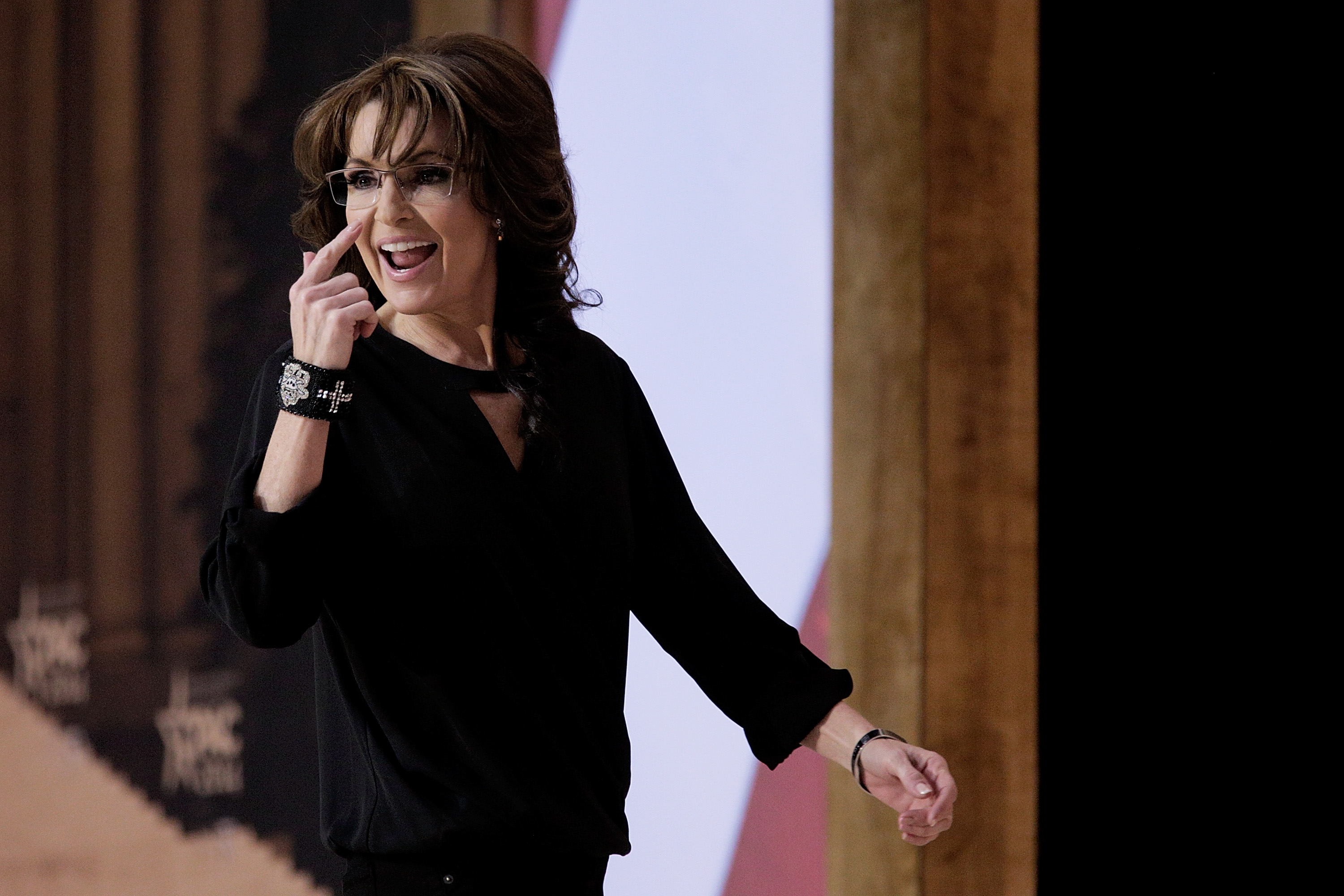 OXON HILL, Md. -- Looking out on a ballroom packed with friendly faces, former Alaska Gov. and 2008 Republican vice presidential nominee Sarah Palin closed the 2014 Conservative Political Action Conference Saturday with a 34-minute soliloquy on the state of American politics - including a riff on what has become one of her favorite topics of late: "Duck Dynasty."

Attempting to drive home a point about the "perpetual 'panties-in-a-wad people'" who go after firebrands like her, Palin thrilled the crowd of activist conservatives when she reminded them about the time the media got "their skirts all tangled up over their heads" about the A&E show.
Phil Robertson, the "Duck Dynasty" patriarch, was briefly suspended from the series over controversial remarks he made calling homosexuality a sin and suggesting same-sex rights would pave the way for practices like bestiality.
"Here's Phil, he's talking about faith, with a reporter from GQ - first mistake," Palin commented to laughter. "But in between saying that he loves humanity, he loves all us sinners and - leave it to God to judge - well, he quoted the Bible, and he got colorful in expressing his opinion.
"So what did that brilliant TV network do?" she went on. "They fired him. They canned the devout Christian for expressing his devout Christian views on a television show about his devout Christian family."
But Robertson, as Palin pointed out, was reinstated to the network hit a week later. She credited "people all over America" - not just "the wingers and clingers" - for having "pushed back - and we won."
Palin has faded largely from public view since a somewhat tumultuous fall from grace after her brief stint as John McCain's running mate in 2008.
However, she's long been a sensation with the traditionally hands-off-government CPAC crowd: Last year, she concluded the three-day conference with a Big Gulp in hand to ridicule then-New York Mayor Michael Bloomberg.
View CBS News In
CBS News App Open
Chrome Safari Continue