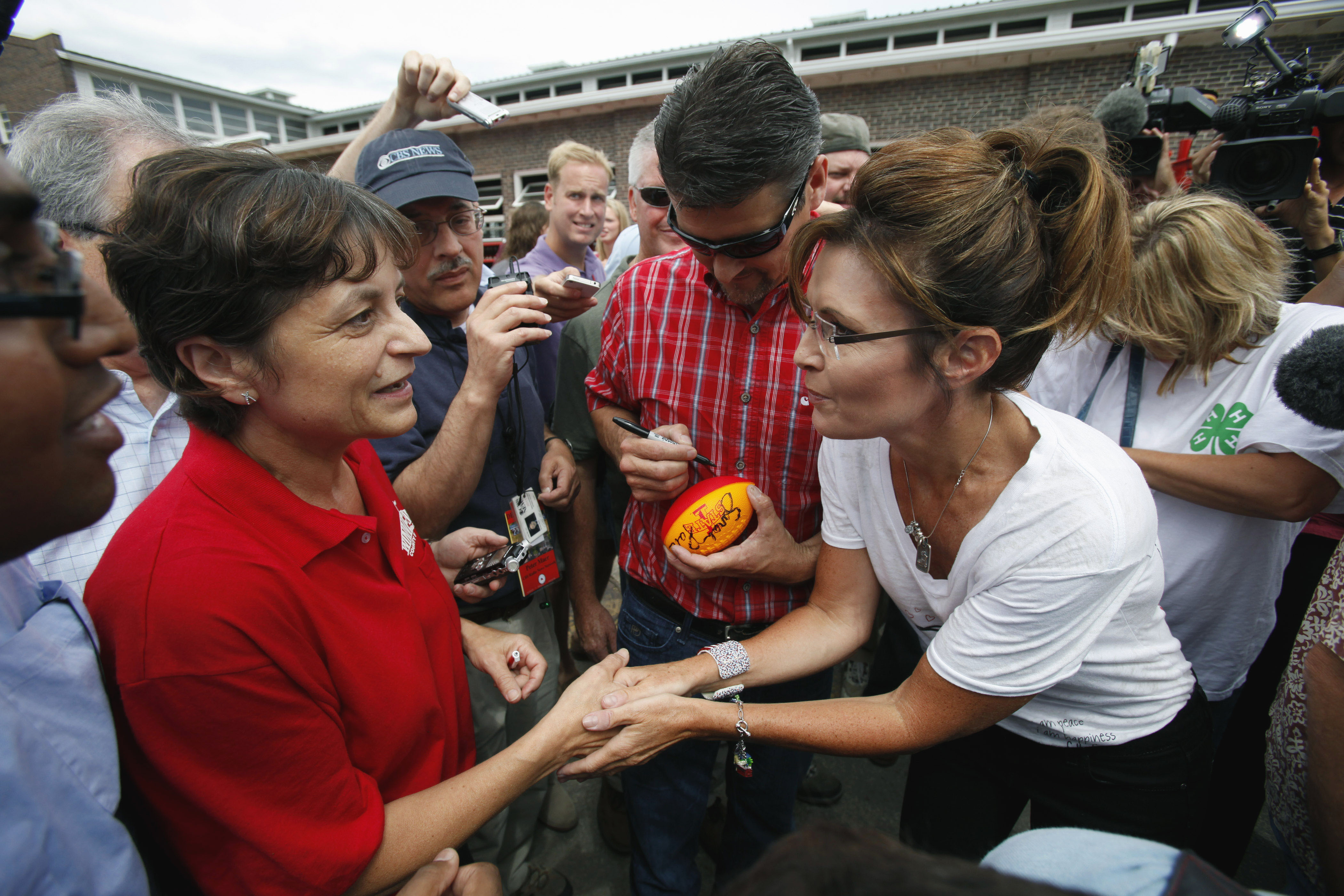 As she posed for pictures with fairgoers at the Iowa state fair Thursday, Sarah Palin was asked about comparisons between her and Rep. Michele Bachmann, her possible rival in the fight for the Republican presidential nomination.

Palin called the comparisons "so passé," calling it "ridiculous" for people to make an issue of the fact that "there may happen to be two women in a race."

Palin also criticized Newsweek magazine over its Bachmann cover, which featured an unflattering photograph of Bachmann and the headline "the queen of rage."

"I've had my own experience with Newsweek because they put me on the cover wearing running shorts which was quite ridiculous too," she said. "I think that the headline is really worse than the picture. 'The queen of rage.' Because I don't think normal, everyday, average Americans, you can ask them around here, if they think that she's the queen of rage. Not at all."

Sarah Palin in Iowa: I'm not stealing the spotlight
Iowa state fair: Fried food with side of politics

At left, Palin at the state fair surrounded by reporters and others.

Palin also took a subtle shot at Texas governor Rick Perry, who is entering the presidential race on Saturday. Perry is sometimes dismissed as "weak governor" by virtue of the way his state's government is structured, and Palin seemed to draw pout that distinction when asked to contrast their records.

"You have different functions in the state of Texas and the state of Alaska in terms of governing powers from the governor's office," she said, "So it's tough to compare what the executive duties are. We have a very strong governor's office... but, he's a great guy and I look forward to seeing him in those debates."

Palin later added that it will be "great" to have Perry in the race.

Palin also said Thursday's presidential debate in nearby Ames was "great" in part because the candidates took shots at each other.

"I thought it was a great debate, they certainly took some gloves off, which is good for the electorate," she said. "Good to hear the ideas and positions articulated quite aggressively. That's what I appreciate."