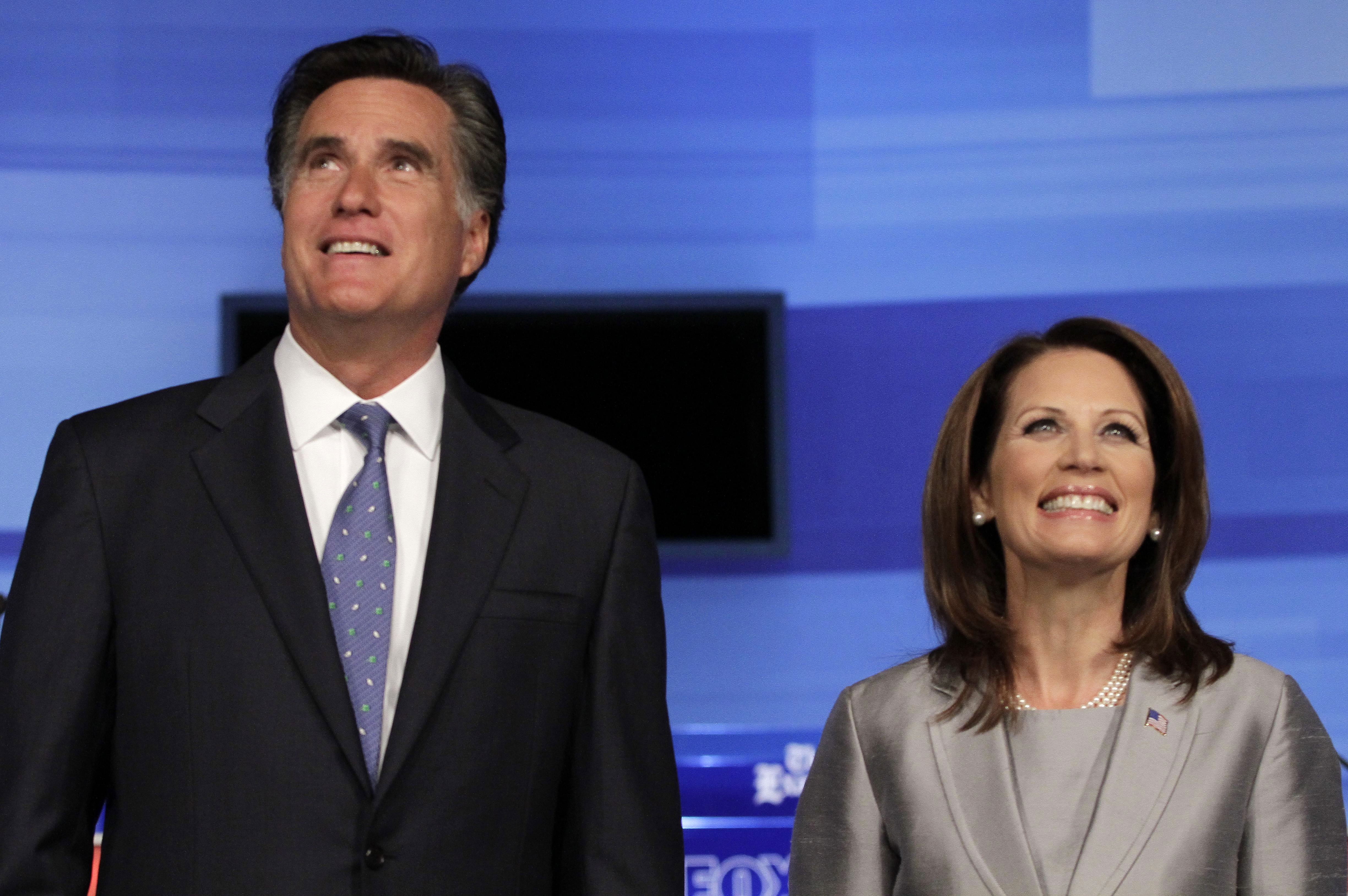 Iowa's first Republican presidential debate on Thursday night may leave the state of the race fairly unchanged: Mitt Romney appeared to hold onto his status as the frontrunner, Newt Gingrich went nowhere, and Tim Pawlenty was left scrambling to defend himself.

Here's a breakdown of the night's winners and losers:

Rick Perry. The biggest winner of the night may have been a candidate who has yet to even enter the race. The Texas governor is expected to surge to the top tier of the GOP field after he officially announces his campaign on Saturday, but the candidates on stage had largely positive things to say about him. Former Utah Gov. Jon Huntsman said he'd bring some "savvy" on the issue of jobs. Former Minnesota Gov. Tim Pawlenty made sure the audience knew he traveled with Perry to Afghanistan last year.

Mitt Romney. Already leading in polls among national Republican voters, Romney sounded like a candidate ready to take on President Obama. While other candidates bickered over each others' policy stances and records, Romney largely stayed above the fray. He stayed on message, even fitting his seven-point plan to economic recovery into a one-minute speaking limit.

Michele Bachmann. The Tea Party congresswoman took a lot of hits from Pawlenty, but she reaffirmed what conservative voters know and like about her: She's willing to stand her ground on the issues, and she can hold her own in a fight.

Jon Huntsman. The former Utah governor is seen as a longshot, what with his background as Mr. Obama's ambassador to China and his troubled campaign. But tonight was Huntsman's debate debut. And while he wasn't a breakout star, he did just fine, and now a few more Republican voters know who he is.

Newt Gingrich. The former House speaker, who arguably had the most potential to add some serious policy analysis to the debate, was preoccupied criticizing the Fox News debate moderators and the media in general. Tim Pawlenty. The former Minnesota governor wanted to come off like a fighter, but his feud with Bachmann may have been too nasty for his own good. Fox News moderator Chris Wallace summed up the state of Pawlenty's campaign when he asked, "Governor, is [Bachmann] unqualified or is she just beating you in the polls?" Herman Cain. The businessman made an impression in the very first Republican presidential debate, but he failed to stand out this time around, and did nothing to reverse his fading prospects.

Rick Santorum, Ron Paul. Former Pennsylvania Sen. Rick Santorum and Texas Rep. Ron Paul are about as different ideologically as two people in the same party could be -- and that was clear as they sparred with one another. Santorum's hardline social conservatism will surely appeal to some voters, as Paul's libertarian views will appeal to others, but it's hard to see how either breaks through to a broader audience.

Rick Perry, Sarah Palin: The elephants not in the room10th Amendment up for debate within the Republican presidential fieldCBSNews.com special report: Campaign 2012