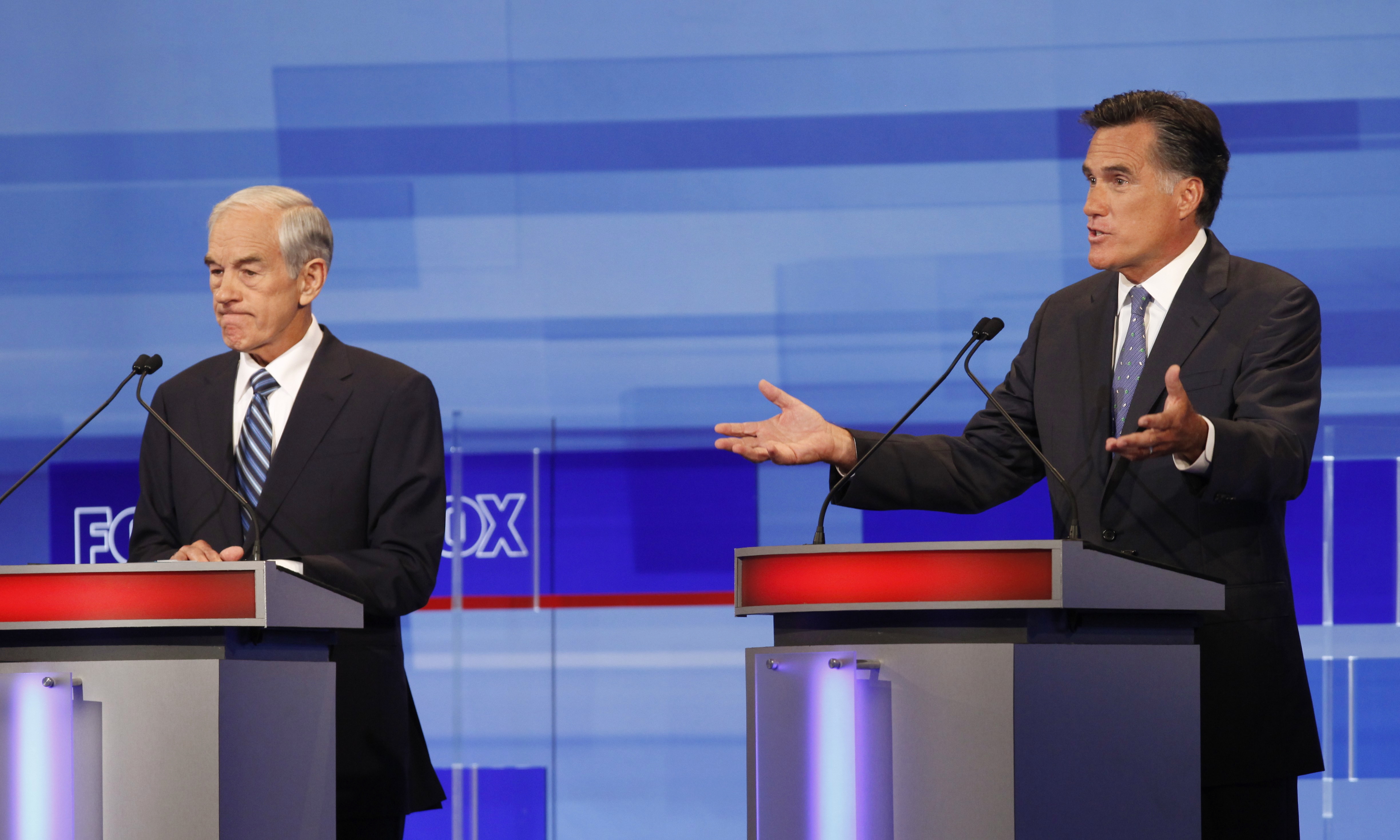 Of all the policies discussed during Thursday night's Republican presidential debate, one issue has a bit more history than the rest. In fact, some of the most contentious policy debate tonight was about a 222-year old federal statute. In fact, it's in the Bill of Rights.

But what it means is open to interpretation and tonight, the leading candidates for the Republican nomination found different meanings and different uses for the concept. The two biggest areas of dispute were over health care policy and gay marriage.

"I believe in the 10th Amendment of the Constitution," said Romney. "We put together a plan that was right for Massachusetts. The president took the power of the people and the states away from them and put in place a one-size-fits-all plan. It's bad law. It's bad constitutional law. It's bad medicine... The right answer for every state is to determine what's right for those states and not to impose Obamacare on the nation. That's why I'll repeal it," he said.

Gloves come off between Pawlenty and Bachmann in GOP debateRick Perry, Sarah Palin: The elephants not in the roomIn Iowa, GOP contenders in high-stakes battle for straw poll victoryCBSNews.com special report: Campaign 2012

Congresswoman Michele Bachmann said that neither the federal government, nor the states, had a right to force its citizens to purchase "a product or a service against their will," she said. "If the federal government can force American citizens or if a state can force their citizens to purchase health insurance, there is nothing that the state cannot do. This is clearly an unconstitutional action, whether it's done at the federal level or whether it's the state level."

It was former Pennsylvania Senator Rick Santorum who got the last word on this area of the states' rights debate. "This is the 10th Amendment run amok," he said, saying that the federal government has plenty of areas where it should supersede a state's right.

"No, our country is based on moral laws, ladies and gentlemen," he said. "There are things the states can't do. Abraham Lincoln said the states do not have the right to do wrong. I respect the 10th Amendment, but we are a nation that has values. We are a nation that was built on a moral enterprise, and states don't have the right to tramp over those because of the 10th Amendment."

Santorum was referring to social issues, like abortion and gay marriage. This split in the field shows that the 10th Amendment means something on certain issues, and means something totally different on others.

"I believe the issue of marriage should be decided at the federal level," said Romney, apparently carving out gay marriage from his previous take on powers left to the states.

"Why wouldn't you just let each state make their own decision? And the reason is because people move from state to state, [and] of course, in a society like ours, they have children. As to go to different states, if one state recognizes a marriage and the other does not, what's the right of that child? What kind of divorce proceeding potential would there be in a state that didn't recognize a marriage in the first place?" he said.

Bachmann said the federal government has a role here too. "I support the federal marriage amendment," she stated.

For his part, Paul maintained his libertarian stance on the issue. "The federal government shouldn't be involved," he said. "So I would say less government would be better if you have to have regulations, let the state governments do it."

Santorum also struck a note of consistency, saying that when it comes to moral and social issues, the federal government should reign supreme. "We can't have 50 marriage laws. This was the approach that the left took on abortion, which is to pick a few states, pick a few courts and then go to the Supreme Court and say equal protection, you can't have different state laws then you will have nine people up at the Supreme Court deciding what marriage is in this country," he said.

So what's clear from tonight's debate is that like many issues, the proper use of states' rights and the 10th Amendment varies for different situations.