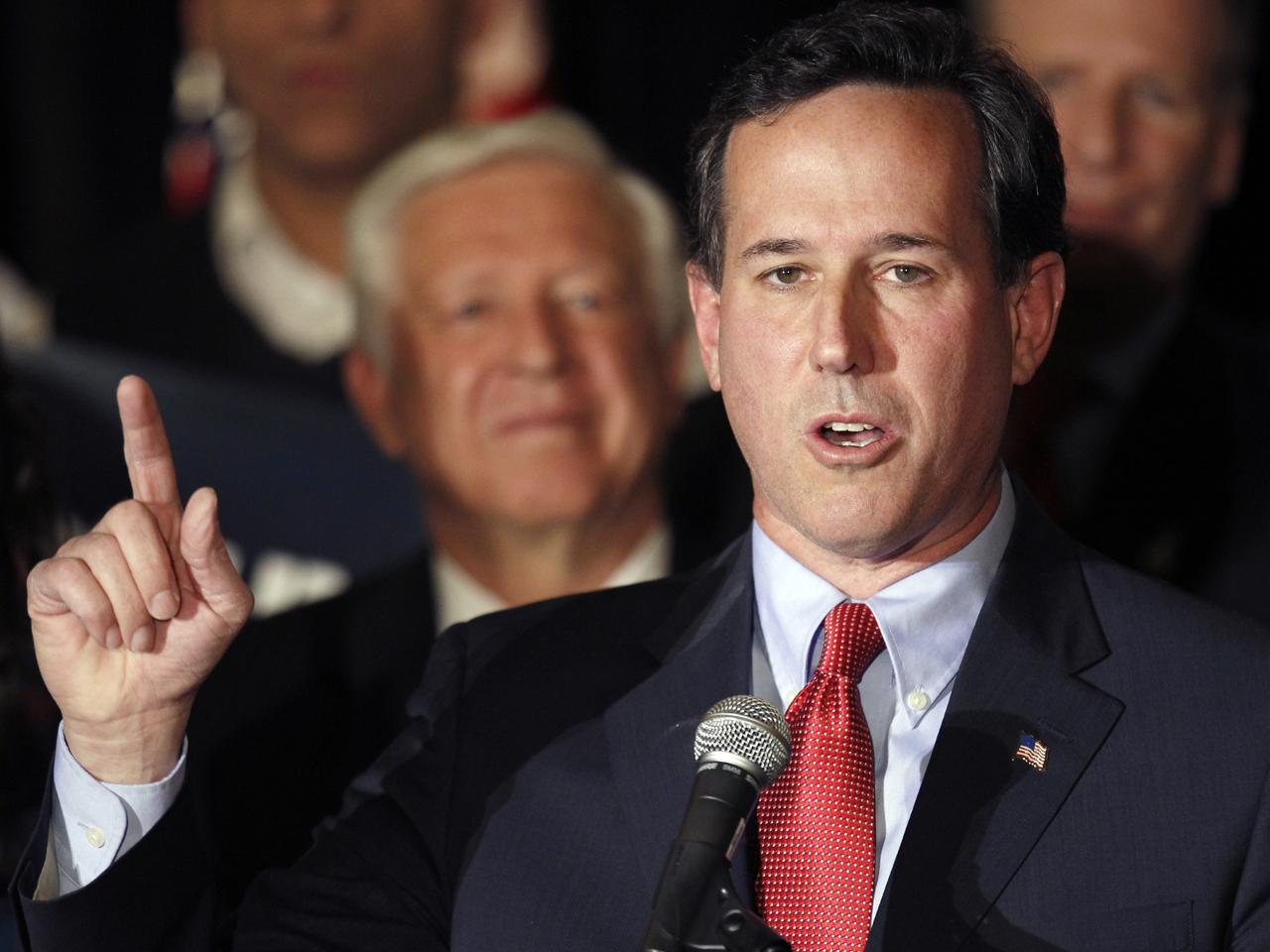 Republican Presidential candidate Rick Santorum is facing increasing scrutiny on some of his positions, especially on social issues. Women's advocacy organizations are launching information campaigns about Santorum and statements he made in the past about birth control.

"Rick Santorum ought to be the worst choice for women," Jess McIntosh, a spokesperson for EMILY's List, told Hotsheet, but she also said Governor Mitt Romney's latest policy positions offer women "no discernible" difference between the two candidates.

But, with his new front-runner status, the former Pennsylvania senator is seeing increased scrutiny on statements made when he received a lot less attention.

In an interview in 2006, then-Sen. Santorum said he is "not a believer in birth control." The socially-conservative candidate said birth control harms women.

Santorum's statements in 2006 were not an anomaly. He has expressed a similar sentiment more recently. In October, while he was in the throngs of campaigning in socially conservative Iowa, Santorum gave an interview with an evangelical blog where discussed the "dangers" of contraception.

"It becomes deconstructed to the point where it's simply pleasure," he said of contraception. "And that's certainly a part of it--and it's an important part of it, don't get me wrong--but there's a lot of things we do for pleasure, and this is special, and it needs to be seen as special."

Santorum went on to say that it's not just a moral issue, but a public policy issue, too, indicating the government has a role in contraception policy.

Contraception come into the spotlight recently with President Obama's decision to require health insurance providers at religious institutions provide contraception for free. In response, two senators are pushing a vote on a measure that would enable any employer toopt out of providing contraception coverage if he or she morally objects.

The organization - which works to elect pro-choice, Democratic women to office - has been communicating with its members in all 50 states through its massive email list and via social media.

McIntosh, with EMILY's List did not have anything better to say about Santorum's challenger, Mitt Romney. She said he has "turned right" during this presidential race.

"Neither one of them is trying to talk to women voters," McIntosh said.