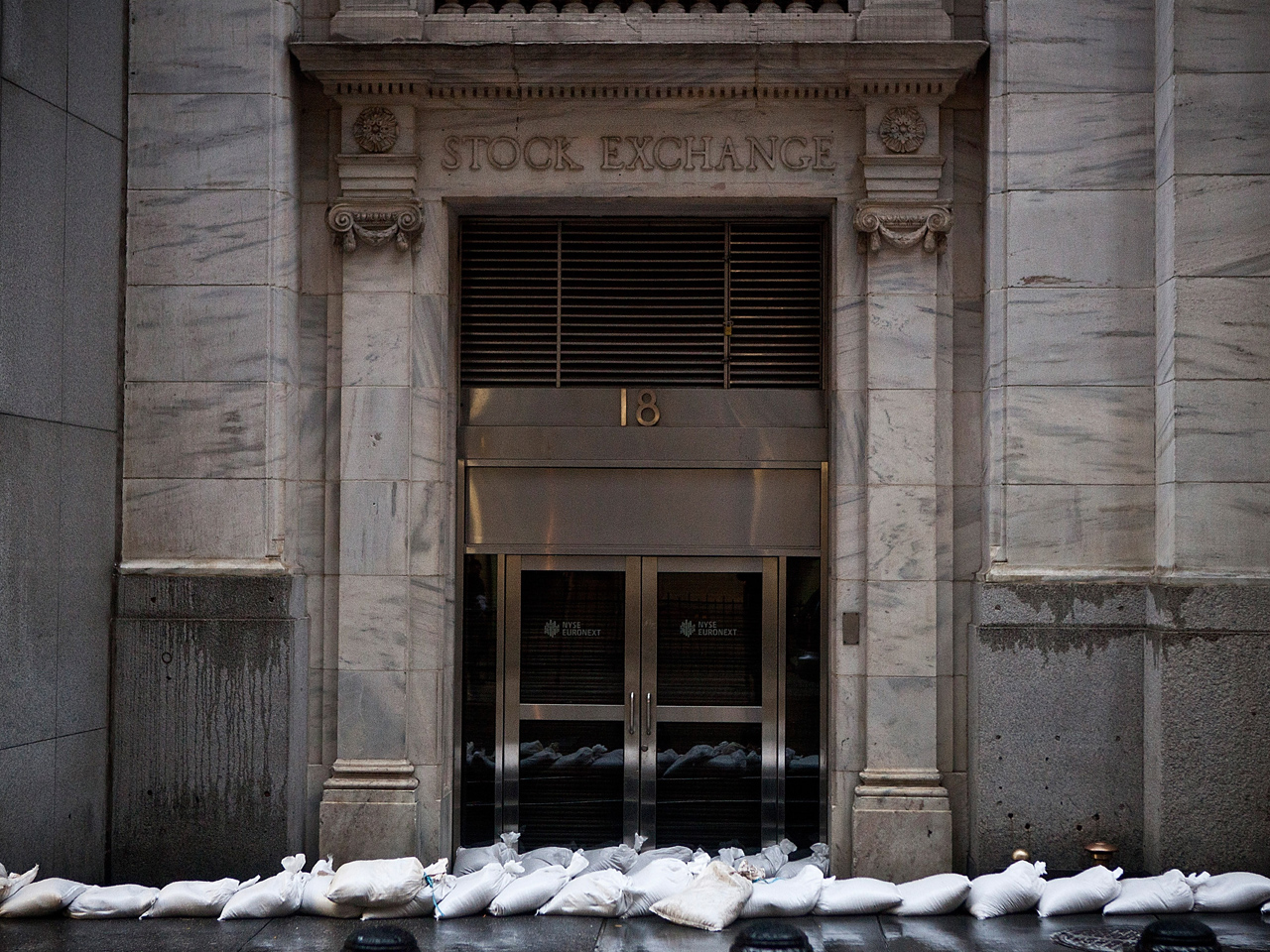 NEW YORK Stock trading will be closed in the U.S. for a second day Tuesday as Hurricane Sandy bears down on the East Coast. Bond trading will also be closed.

The last time the New York Stock Exchange was closed for weather was in 1985 because of Hurricane Gloria, and it is the first time since 1888 that the exchange will have been closed for two consecutive days because of weather. The cause then was a blizzard that left drifts as high as 40 feet in the streets of New York City.

The New York Stock Exchange and Nasdaq said they intend to reopen on Wednesday and would keep investors updated.

Corporate pension relief: Who benefited most?

Bond trading will also be closed Tuesday. The Securities Industry and Financial Markets Association called for an early close to bond trading Monday, at 12 noon. The yield on the benchmark 10-year Treasury note was 1.72 percent, compared with 1.75 percent late Friday.

The uncertainty generated by the storm comes at the start of a big week in the United States. This is the last full week before next Tuesday's presidential

"A significant swing in either direction is likely to be heavily reported in the media, potentially swinging the undecided voter," said James Hughes, chief market analyst at Alpari, of the jobs figures.

Some companies are postponing quarterly earnings reports scheduled for release early this week. So far, that includes Pfizer Inc. and Thomson Reuters. Burger King reported on schedule, and said its third-quarter net income fell 83 percent as revenue was hurt by the stronger dollar. Adjusted results topped expectations, however.

Even with many markets shut down, there was some encouraging news about the U.S. economy Monday. The Commerce Department reported that consumer spending increased 0.8 percent in September. That followed a 0.5 percent gain in August and was the best showing since February.

Personal income rose 0.4 percent, an improvement from a slight 0.1 percent gain in August and the best gain since March. It's a closely watched indicator as consumer spending drives about 70 percent of the nation's economic activity.