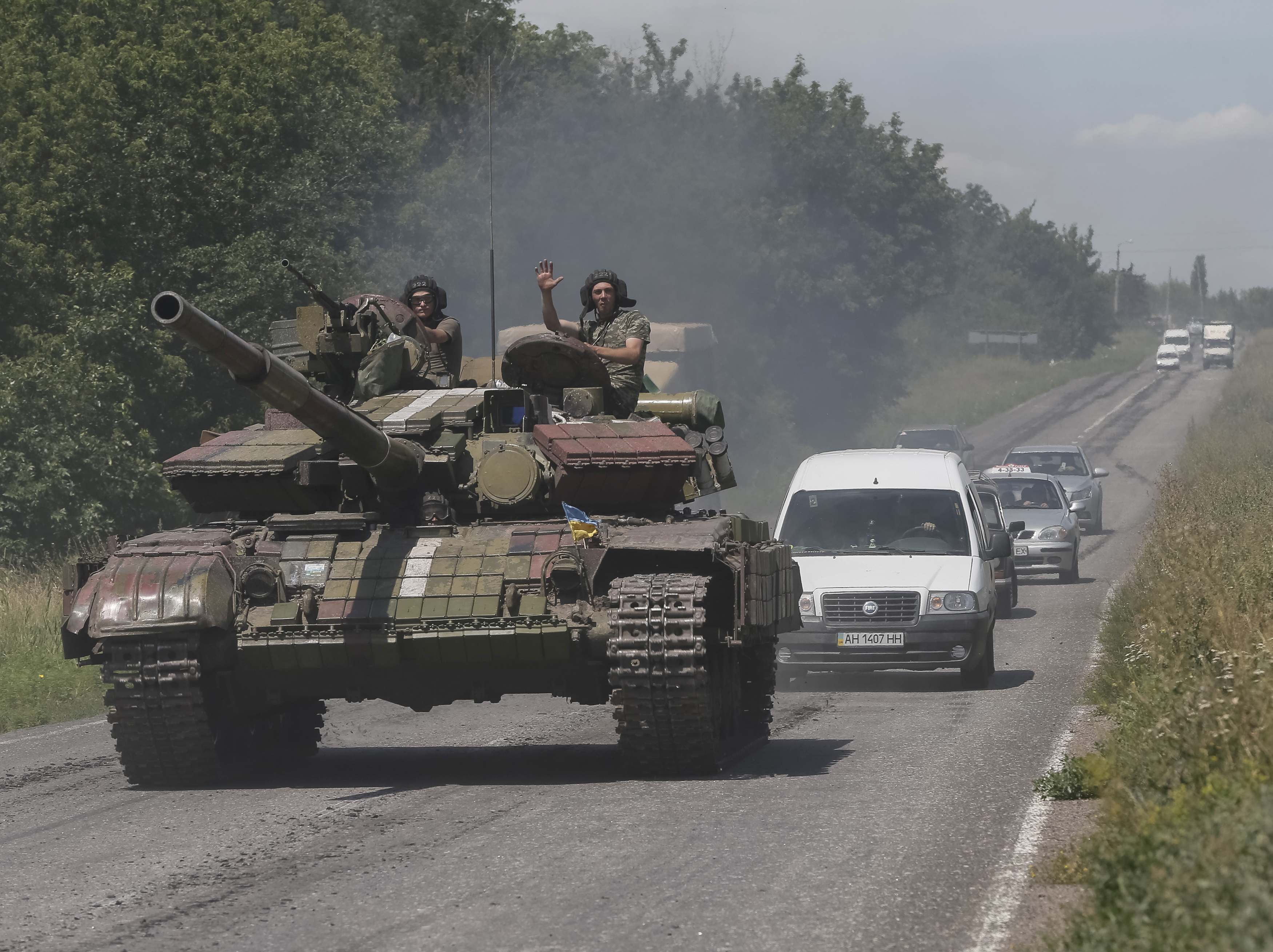 MOSCOW - U.S. and European sanctions against Russia's energy and finance sectors are strong enough to cause deep, long-lasting damage within months unless Moscow persuades the West to repeal them by withdrawing support for Ukrainian insurgents.

The U.S. and European Union released details Wednesday of new sanctions aimed at hurting Russia's economy without doing undue damage to their own trade interests, punishment for alleged Russian support for Ukrainian rebels and Russia's annexation of the Ukrainian peninsula of Crimea.

The sanctions go further than earlier penalties - which had largely targeted individuals - by broadly limiting the trade of weapons and of technology that can be used in the oil and military industries. The EU also put its capital markets off-limits to Russian state-owned banks.

The bloc blacklisted three more companies and eight additional individuals, bringing the total to 95 people and 23 entities that have been hit with EU-wide asset freezes and travel bans. They include three close associates of President Vladimir Putin: his former judo partner Arkady Rotenberg, and the two largest shareholders of Bank Rossiya; Yuri Kovalchuk and Nikolai Shamalov.

Experts said the sanctions wouldn't have a tremendous impact in the short term, but if left in place for months will stifle development in the Russian economy and sap its financial sector. Already, economists have revised downward their predictions for Russian growth this year, with some saying the country will go into recession.

The biggest immediate impact is likely to come from the financial sanctions. U.S. officials said roughly 30 percent of Russia's banking sector assets would now be constrained by sanctions.

In a first sign of concern, Russia's central bank said Wednesday that it would support banks targeted by the penalties.

"State-owned banks are the core of the Russian banking system," said Vladimir Tikhomirov, chief economist at financial services group BCS. He noted the banks are already having trouble raising money. "That would mean their ability to lend to other banks, smaller banks, is going to be more restricted also."

Last year, about a third of the bonds issued by Russia's majority state-owned banks - 7.5 billion euros ($10 billion) - were placed in EU financial markets, according to EU officials.

The measures against Russian banks, which exempt short-term borrowing, are meant to inflict just enough pain without causing them to collapse.

"The aim is not to destroy these banks," said a senior EU official, briefing reporters on condition of anonymity prior to the sanctions' official announcement. "We do not want them to get into a liquidity crisis."

Russia's foreign ministry complained vocally about the sanctions, criticizing the U.S. for "advancing baseless claims" about its role in Ukraine in a "pretentious, prosecutorial manner." It criticized the EU for allowing its policy to be "dictated by Washington."

The key will be how long the sanctions stay in place.

In the short term, Russia has low public debt and enough money to support its banks. The lenders themselves have large reserves.

In the longer term, the sanctions could hurt by fostering a climate of uncertainty - something investors loathe. Some foreign investors are likely to stay away from the sanctioned companies.

Already, as the Ukraine crisis deepened, Russia's central bank has been forced to raise interest rates several times to stabilize the currency as foreign investors sold it off; investors are expected to pull more than $100 billion out of Russia this year. The central bank last raised rates on Friday in anticipation of the latest sanctions.

Even ordinary Russians were worried.

"I have some concerns for my own savings," said Indira Minigazimova, a resident of southern Siberia who was visiting Moscow.

It is less clear what the impact may be of another key sanction: the EU's block on exports of technology that can be used for oil exploration and economic development. Russia relies heavily on Western expertise, for example in drilling for oil in Arctic regions.

This area has significantly more risk to Western companies - particularly BP and ExxonMobil - that have big investments in Russia. The sanctions were not expected to affect current deals and shareholdings, though it was unclear what the long-term repercussions for investments might be.

The reaction in Moscow's stock markets was mixed Wednesday, as investors had sold off shares in Russian companies for the past two weeks, since the downing of Malaysia Airlines Flight 17 over eastern Ukraine. Reports last week that the new, tougher sanctions were due had also caused markets to tumble ahead of their formal announcement Tuesday.

On Wednesday, the MICEX benchmark index rose 0.9 percent, mainly thanks to a rise in the shares of companies that were spared sanctions. Shares in VTB Bank, Russia's second-largest and one of the sanctions targets, were down 1.3 percent.

EU officials emphasized that while the latest measures last for one year, they can be annulled at any time - intended as an incentive for Russia to dial back its support for the Ukrainian rebels.

So far, the sanctions have had little effect on Russia's actions in Ukraine. If anything, Russia appears to have stepped up its engagement in the conflict in recent weeks, with the U.S. and its allies saying Russia has built up troops along its border with Ukraine and sent heavy weapons to the separatists.

Russia, meanwhile, slapped a ban Wednesday on fruit and vegetable imports from Poland, a vocal supporter of tougher EU penalties. Moscow said the ban was for violations of health regulations and documentation procedures for some Polish produce; Poland accused Moscow of retaliation.

An Associated Press-GfK poll conducted just before the latest expansion of sanctions found 53 percent of Americans felt the U.S. had not gone far enough in sanctioning Russia, up from 41 percent who felt that way in March. A majority also supported expanding sanctions to target the Russian economy, including its energy sector, according to the survey of 1,044 Americans. The expanded sanctions drew rare cross-party support among the American public, with majorities of both Democrats and Republicans backing the move.

Fewer of those polled felt the U.S. ought to provide military or financial support to countries if they are targeted by Russia.

Despite the sanctions, Obama said the West is not entering a Soviet-era standoff with Russia.