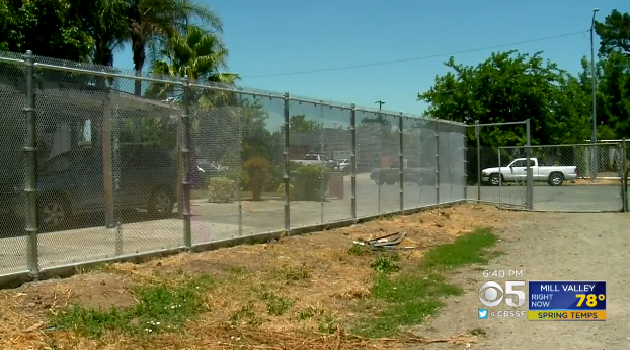 While the project has pleased many homeowners, it is generating a lot of anger in the community.

Caltrans workers have repeatedly cleaned up a large encampment under I-280, but the homeless keep returning.

Residents, like Laura Nunez, say everything changed when homeless people began using chain link fences as a doorway to their encampments along the freeway.

On Monday, Caltrans and city officials listened to residents' complaints. Later that day, workers were seen building a taller barrier at the freeway on-ramp.

Authorities say the new 8-foot-tall fence is rigid and much stronger. It has smaller holes, which makes it difficult to cut or climb. Neighbors hope it will make the campers move on.

But those who work with the homeless argue the city is giving them nowhere else to go. Some critics are even comparing the project to President Trump's proposed border wall.

"I think of Trump, and I think how horrible it is that they would keep people out," Jamie Foberg, founder of "In Their Shoes" homeless advocacy said. "It really does make me sad."

Neighbors say there are about 60 people currently living at the homeless encampment.