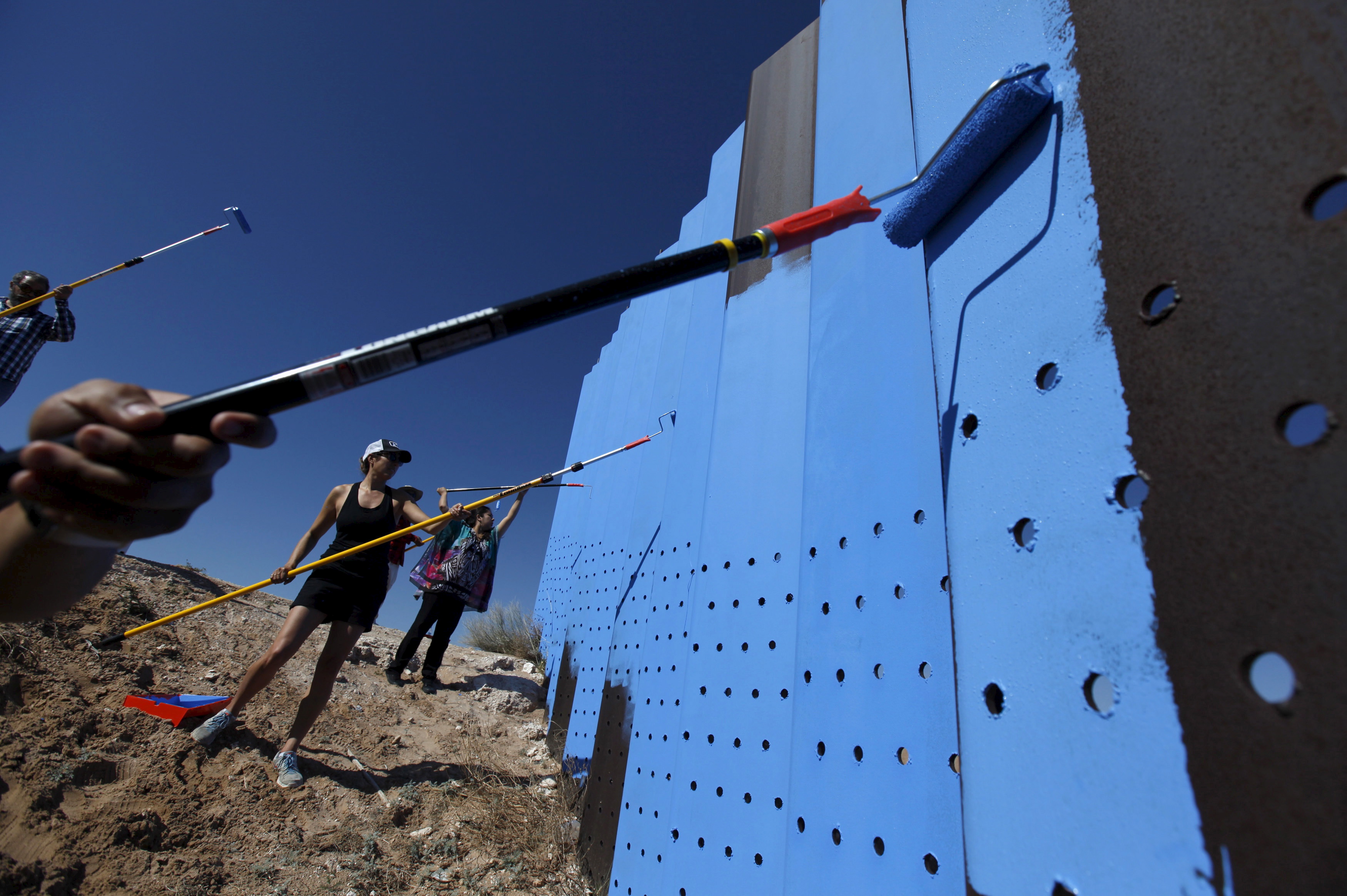 President Trump is banking on Congress to approve federal funding for his planned border wall this fall, but Republican lawmakers are not guaranteeing it, raising questions about whether his most prominent campaign promise will ever come to fruition.

Democrats opposed border wall funding in the latest government spending debate and the White House eventually backed off of its demand to secure the money this month. When the funding fight comes up again in September, Democrats are still likely to deem it a non-starter in negotiations.

"I have said repeatedly and consistently, I will not support an omnibus that includes funding for a wall; not going to do it," said Rep. Joe Crowley, D-New York, the chairman of the House Democratic Caucus, at a recent press conference.

"Building a wall is not a solution," Rep. Linda Sanchez, D-California, the vice chairwoman, agreed. "It's wasteful. It's expensive. It doesn't do much for our economy. And it's certainly not going to solve the immigration mess that we're in."

The $1.1 trillion government spending package Congress passed and the president signed into law earlier this month includes $1.5 billion in border security funding, but it can only be used to replace existing fencing and barriers; it cannot be used to build a concrete wall along the U.S.-Mexico border.

In late March, Speaker Paul Ryan, R-Wisconsin, said that border wall funding would be addressed in 2018 funding due this fall, but now Republicans have said little about whether that will actually happen.

"That's going to be the debate in the next round of appropriations for next year," said Rep. John Carter, R-Texas, the chairman of the House Appropriations subcommittee on Homeland Security, when asked recently if Republicans will ever secure border wall funding.

The chairman of the full Appropriations panel, Rep. Rodney Frelinghuysen, R-New Jersey, dodged a question before the House's recess last week about whether there would ever be border wall funding.

Earlier this year, the Department of Homeland Security (DHS) reportedly estimated that the border wall would cost $21.6 billion, nearly twice the amount of previous estimates. But Missouri Democratic Sen. Claire McCaskill calculated it would be three times as high -- nearly $67 billion. Mr. Trump has repeatedly claimed that Mexico would finance the wall, a proposal its president has rejected.

Still, the initial plans for the wall are underway. DHS issued a notice earlier this month saying that the department was in the process of completing phase I of design-build procedures for "several prototype wall structures in the vicinity of the United States border with Mexico." Site visits for phase II of the project are planned for mid-May.

In early May, Mr. Trump suggested in a tweet that a government shutdown might be needed in September to change Senate rules so that he and Republicans could have full control over government spending and, as a result, fund the wall. Spending packages must be bipartisan because Senate Republicans need Democratic votes to advance the legislation. Senate Majority Leader Mitch McConnell, R-Kentucky, quickly rejected the president's suggestion about changing the rules to eliminate the 60-vote threshold for such measures, and other Republicans agreed that a shutdown should be avoided.

"I don't ever want to see a government shut down again because I think it's a bad thing for the country and nation," Frelinghuysen told reporters in response to the president's threat.

Rep. Louie Gohmert, R-Texas, said he was surprised that the latest spending package excluded border wall funding and said there's only one way it will happen.

"The way I'm certain we'll get border wall funding is if the Republican leadership is more interested in getting Republican votes than it is in getting Democratic votes," he told CBS News.

Gohmert said he supports the president's border wall, with some exceptions.

Though Gohmert opposes a shutdown, he's glad that "we have a guy in the president now who understands how to negotiate, and you don't take anything off the table." If the government does shut down, he thinks Democrats should be blamed.

"Any kind of a shutdown of the government over this one issue is one that will hurt Republicans in the 2018 elections. It will definitely put a black mark on [Trump's] presidency, and my guess is this is another one of his blusters that is not realistic," Bill Hoagland, senior vice president at the Bipartisan Policy Center, told CBS. Hoagland spent 25 years on Capitol Hill working on budget issues and appropriations.

"If you're the president of the United States, and you can even say you want to shut down the government, maybe he's suited for a better job," Rep. Nita Lowey, D-New York, the ranking member on House Appropriations, said.

OMB Director Mick Mulvaney has said one reason the White House decided to back off its demand for wall funding now is that the administration "realized it was almost impossible if not impossible to actually get bricks and mortar on the ground in five months." But Mulvaney thinks Congress will change its attitude between now and September.

But even Republicans who represent congressional districts along the border aren't on board with a concrete wall.

Rep. Will Hurd, R-Texas, who represents more than 800 miles of the U.S.-Mexico border, told CBS that while physical barriers are one of many tools used for urban environments, gaining control of the southern border "will require a sector-by-sector approach that adequately empowers the men and women on the ground with technology, resources, and manpower."

"I've said time and time again that building a wall from sea to shining sea is the most expensive and least effective way to secure the border," Hurd said.

Hoagland doubts Congress will ever fund a border wall.

"I think the thought that we'll ever build a Great Wall of China across our southern border is just simply not realistic at all, and Congress will never fund such an endeavor," he said.