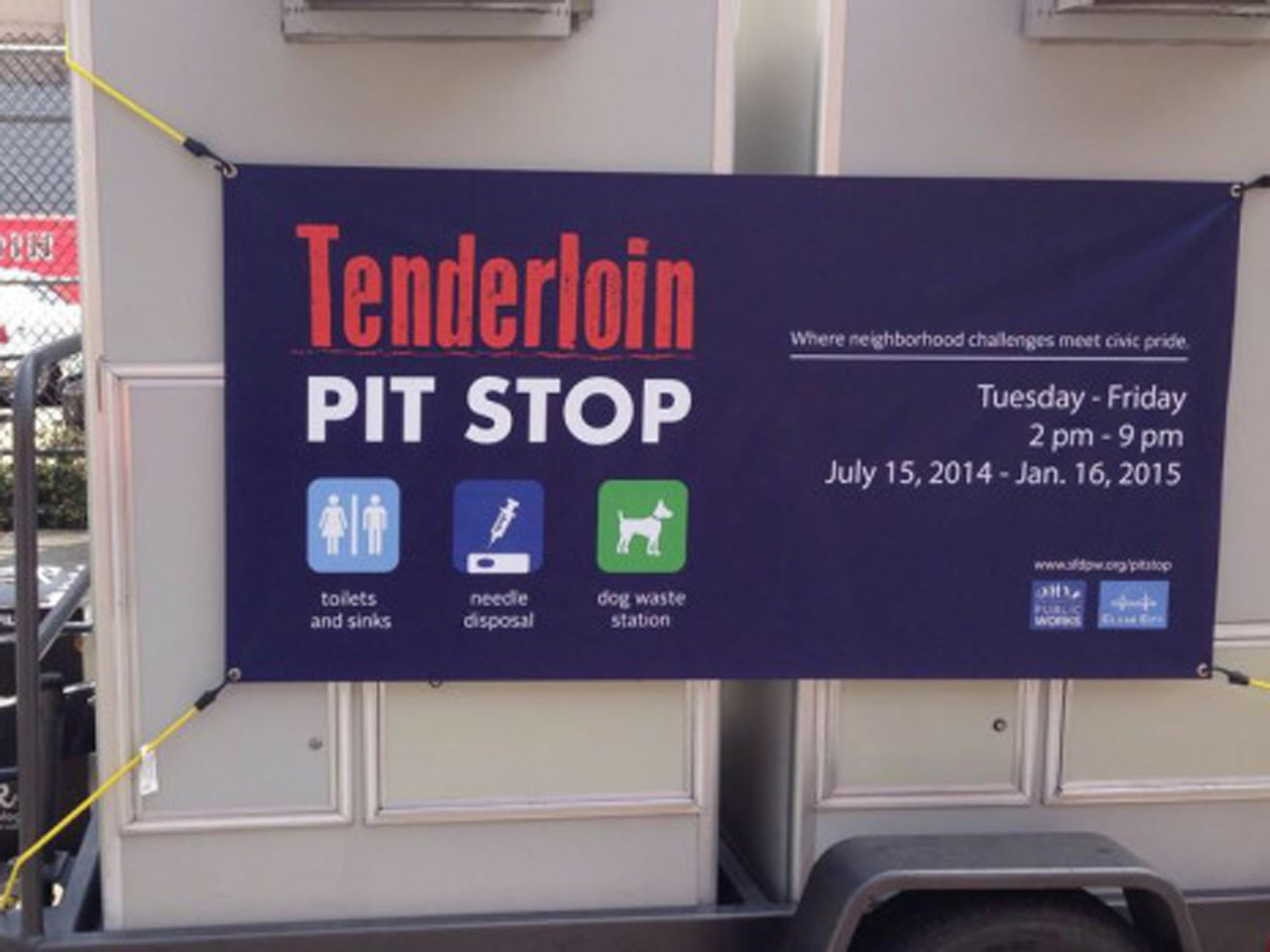 SAN FRANCISCO - Streets in San Francisco's Tenderloin neighborhood blocks away from fancy stores and long lines of tourists waiting for cable cars have been cleaner since solar-powered toilets began rolling in four afternoons per week.

The mobile bathrooms on wheels are guarded by attendants and have been so successful that city officials say Portland, Oregon; Honolulu and New York have inquired about them in seeking solutions for similar sanitation problems.

Supporters of the portable pit stops say having public bathrooms accessible has made the neighborhood known for crime, homelessness and poverty more livable.

"Everyone has to go to the bathroom, that's not something anyone can stop," said Jane Kim, a San Francisco supervisor whose district includes the Tenderloin neighborhood. "This program affords people some dignity to take care of a human need."

Two portable toilets with sinks and mounted on a trailer are hauled in by pickup trucks each Tuesday through Friday to three spots near soup kitchens and a park areas that attract large clusters of people. They are dropped off at 2 p.m. and taken out at 9 p.m. to be cleaned.

Attendants working for a nonprofit contracted by the city make sure the portable toilets stay sanitary and keep them stocked with toilet paper, air freshener, soap, paper towels and seat covers. They also give users a courtesy knock after five minutes.

Kaven Harris, 54, said before the toilets were brought in he was forced to go to the bathroom in parking lots, hiding between cars.

"If this pit stop weren't here, I would be in a parking lot," said Harris, an Army veteran who has been living on the streets about six months. "There is no place to use the bathroom if you're homeless and don't have money."

The pilot program was inspired by a group of students at De Marillac Academy, a private Catholic school in the neighborhood. They read poems to city officials about their struggles growing up in the Tenderloin where many said they had to pay close attention to the ground to avoid stepping on syringes and human feces.

"You had to be cautious and you had to be looking at the floor to make sure you didn't step on poop," student Karina Bonilla, 14, said. "But not anymore!"

A container for used syringes and trash cans are also set up near the pit stops. On a recent afternoon, an attendant locked the bathrooms when there were no customers and swept the nearby area, picking up syringes and needles with tongs.

The success of the pilot program is largely due to the employees who make sure the bathrooms are not misused as hubs for prostitution or drug use as has happened with other public bathrooms, said Mohammed Nuru, director of the city's public works department.

"We have seen huge success with staffing these facilities and making them decent for people," Nuru said.

Since the program started in July, requests to cleaning feces and urine off of sidewalks also have dropped by a third - from an average of 27 calls per weekday to about 15, Nuru said.

CBS San Francisco reports that in the month before the program launched, the city received nearly 1000 complaints about people defecating on the streets.

There are plans to set up mobile bathrooms, which cost the city about $100,000 per year per station, in other neighborhoods but officials have to allocate funds first. There are also plans to assign attendants to the 25 automated public bathrooms first installed 20 years ago throughout the city and that are so dirty they are rarely used for their original purpose, Nuru said.

"The streets have been cleaner and smells aren't so bad," said Britney Pirring, a 13-year-old student at De Marillac Academy. "Now my brother and I can take our time on the streets walking to school."