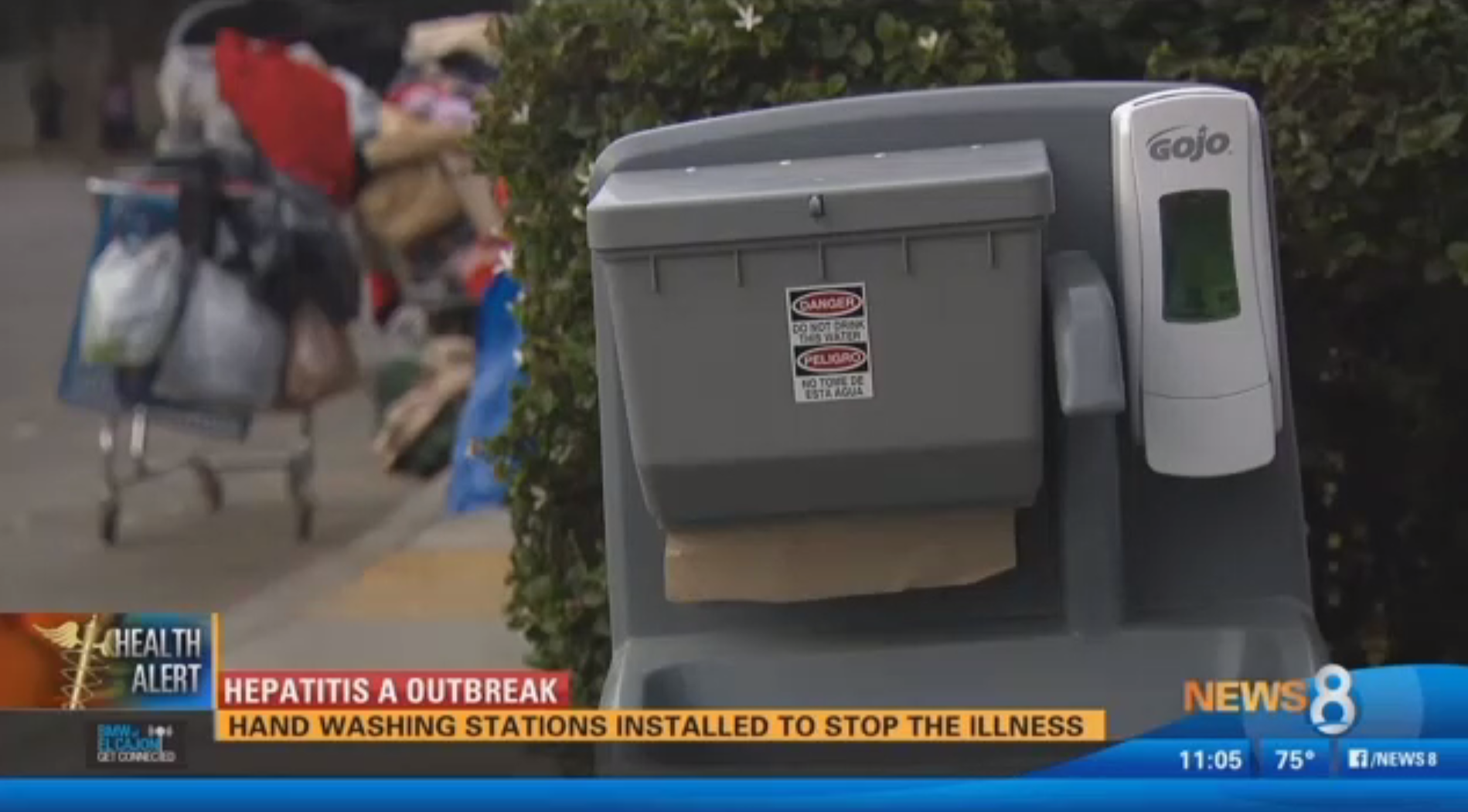 SAN DIEGO  -- Officials in San Diego County have declared a public health emergency due to the spread of the liver disease hepatitis A.

Infections have killed 15 people and hospitalized nearly 400 more, with the homeless population hit hardest since the outbreak started last November.

Those measures include about 40 portable hand-washing stations for areas with concentrations of homeless. The virus lives in human feces and spreads if people who have used the bathroom don't properly clean their hands.

Crews also plan to use bleach-spiked water for high-pressure washing to remove "all feces, blood, bodily fluids or contaminated surfaces," according to a sanitation plan included in a letter delivered to San Diego city government Thursday.

In the coming weeks, other areas in the region will see hand-washing and street-sanitizing efforts, said Dr. Wilma Wooten, the region's public health officer.

"The city continues to stand ready to support the county's Health and Human Services Agency in its plans to provide vaccinations, sanitation and education to San Diegans as we battle this outbreak," Mayor Kevin Faulconer said. "We must continue to work collaboratively to stop this crisis and save lives."

To date, vaccination and education had been San Diego County's main preventative strategy. Though thousands of doses of vaccine were distributed, infection rates have not slowed much - and death reports have accelerated in recent weeks.

The sanitation measures were inspired by a prior campaign in Los Angeles, home to tens of thousands of homeless.

"We know that L.A. has had no local cases of hepatitis A related to the strain that we're seeing here in San Diego," Wooten said. "If they're doing it there and they haven't had any cases, it could be beneficial here as well."

The moves in San Diego follow finger-pointing between city officials and their counterparts at the county level, with both sides insisting they were doing the best they could under tough circumstances, the newspaper reported.

"There is no precedent for this," Wooten said. "We will definitely have a playbook for if we have something like this in the future, but this is the first time we have had something of this nature happen."