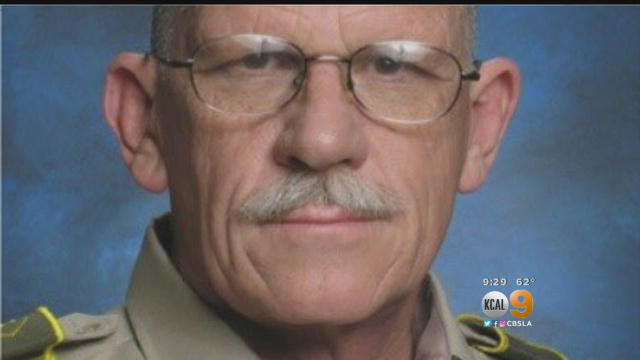 The department says Falce was driving his own car when he got into a minor car accident at University Avenue and Kendall Drive in San Bernardino. Investigators say the person in the other car beat Falce unconscious and he suffered a blow to the head. He died after two days in the hospital. Falce was the oldest deputy to serve on the department.

At 10 p.m.  a procession was held for Falce from Loma Linda Medical Center to the coroner's office.

"He prided himself as being a lifelong public servant, who cared deeply about this profession," Lt. Sarkis Ohannessian said in a press release. "Larry was loved by his peers and the community members he served. More importantly, he cared about so many people he called family."

Deputies at the procession were too emotional to go on camera, CBS2's Rachel Kim reported.

Before joining the department in 1981, Falce served in the U.S. Army.