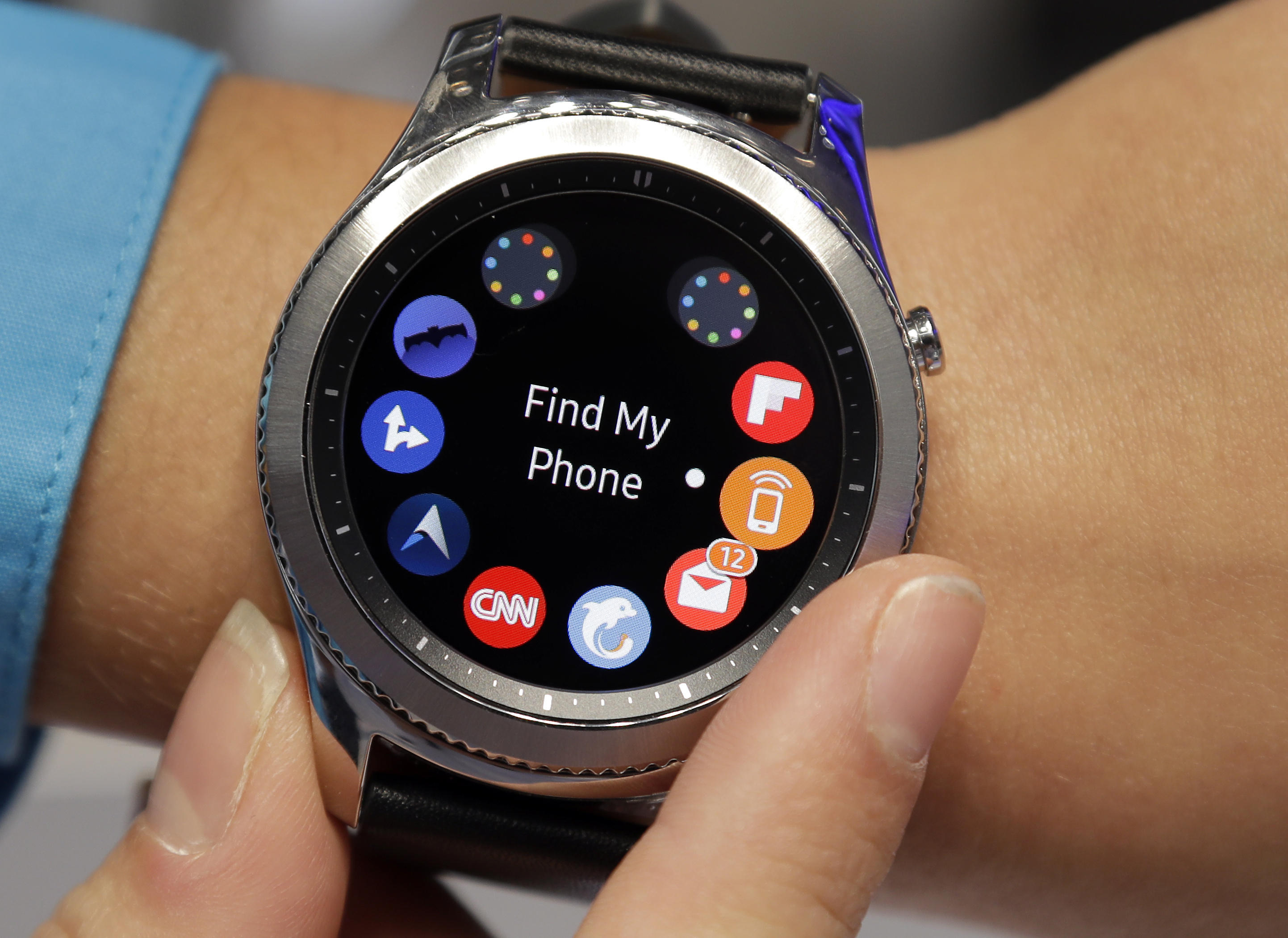 From virtual reality to a new Samsung smartwatch, a wide range of new tech was unveiled at IFA 2016 in Berlin, Europe’s largest tech trade show.

Companies like Samsung, Lenovo, and Sony are on hand during the expo to show their latest tech wares.

Samsung’s next smartwatch will come with GPS capabilities and the ability to call or text for help by triple-tapping a side button.

The new Gear S3 retains the circular design of the current S2 model, but is slightly larger. Samsung will still sell last year’s S2 to those who consider the S3 too big on their wrist. As with the S2, the outer ring of the watch face rotates to let you scroll through notifications and apps. Interface improvements include the ability to accept or reject calls with the ring rather than a swipe of the screen.

The S3 will come in three flavors. One has LTE cellular capabilities, allowing people to make calls, receive notifications and check weather without a companion phone nearby. A data plan costs extra. The other two models lack LTE and differ primarily in style. Samsung said prices will be announced closer to the devices’ availability later in the year.

Samsung announced the new watch lineup Wednesday at the IFA tech show in Berlin. The Gear smartwatches have had impressive designs and battery life, but have been hampered largely by a dearth of apps, as many developers write for Apple Watch and Android Wear devices instead.

All three S3 models will have GPS, making them more accurate for workouts. In the S2, GPS was limited to a pricier model with cellular capabilities (on the slower 3G network). GPS, so far, isn’t common in smartwatches, allowing Samsung to stand out with the S3. Although GPS tends to drain battery quickly, Samsung expects at least three days of battery life in the S3.

Meanwhile, the emergency-calling feature echoes the “SOS” feature coming to the Apple Watch this fall. Where the Apple Watch will call 911 or the relevant emergency service elsewhere directly, though, the S3 will call or text emergency contacts, such as friends or relatives. These will be pre-recorded or pre-written messages. For an extra recurring fee, which has yet to be announced, S3 users will also be able to make a live call to ADT’s security dispatchers, who would then be able to call 911 or offer other help.

The S3 also comes with expanded ability to make payments at stores through Samsung Pay. And the watch’s always-on feature improves with a display of millions of colors, rather than just 16 before.

Something missing in a laptop

Also at the IFA tech show, Lenovo unveiled a twist on the laptop: Its new Yoga Book won’t have a physical keyboard.

It’s an odd choice, given that Apple, Samsung and other tablet makers are pushing professional tablet models with keyboard accessories. Those companies are hoping to appeal to businesses and individuals looking to replace their laptops.

In Lenovo’s case, the 10-inch Yoga Book retains the clamshell design of the laptop, but puts a second touch screen where the keyboard normally goes. People can type on a touch-screen keyboard there, or just write or draw on that second screen with an included stylus. You can even use a regular pen or pencil, though you’d want to put a sheet of paper over the screen to avoid damage.

Although Lenovo calls Yoga Book a tablet, the keyboard part isn’t detachable, making the device a laptop. The keyboard, though, can fold all the way to the back to make the device feel more like a tablet.

Jeff Meredith, a Lenovo vice president, said the Yoga Book might not be appropriate for extensive typing, but should be suitable for people - especially younger people - who now use the phone’s touch screen to respond to email at night or even take notes in classrooms.

He added that when BlackBerrys were still popular, people couldn’t imagine getting rid of physical keyboards on their phones, either.

The Yoga Book will start shipping in the coming weeks. An Android version will cost $500, and Windows will be $600.

The unveiling came hours after rival computer maker Acer unveiled what it calls the world’s first laptop to measure less than a centimeter. The Swift 7 is 9.98 millimeters (0.39 inch) to be exact. But Lenovo​ says the Yoga Book is thinner, at 9.6 millimeters, or slightly more than the thickest iPad at 7.5 millimeters.

Acer, meanwhile, unveiled a laptop with a curved screen, something traditionally limited to computer monitors for desktops. The Predator 21 X is designed for video games and comes with eye-tracking technology that promises to let players aim, identify enemies and take cover by gazing at the screen.

How will the two work together? If you press a button on the SmartThinQHub, you’ll be able to activate Alexa and tell it to play music or check something on your calendar. If you are in a different room, you can also send requests to Alexa through a remote. This isn’t that different from using a bluetooth remote to link Alexa with your Echo.

What are you missing out on by not using Amazon’s hub? Well, this is a limited version of Alexa. You won’t be able to have the assistant control compatible smart home devices, for instance. If you want to use the personal assistant to its full advantage, you’ll have to purchase Amazon’s competing product.

Bringing back the Walkman

Sony is going a little retro by debuting a high-end version of the Walkman​. The new NW-WM1Z Walkman is pricey – it retails at $3,200, CNET reports​.

The device is expensive but could appeal to music die-hards, and is easy on the eyes.

It is made of oxygen-free copper, which is said to improve the device’s sound quality.

Looking for a less-expensive version? The cheaper model, the NW-WM1A is still a major investment, given that it costs $1,200.

A VR headset you won’t be able to own

Qualcomm was on hand with a fancy new VR headset that CNET’s Roger Cheng describes​ as the “Goldilocks version of a virtual-reality headset.”

The headset aims to provide an immersive experience that isn’t very different from that of the HTC Vive.

The headset doesn’t require wires, has a battery that lasts about two hours, and lets you “walk around” and “duck underneath” virtual reality​ objects.

But unfortunately, this isn’t something you’ll be able to purchase at any store. While it might appeal to VR​ fans, the headset at the trade show was just a “reference design” from Qualcomm. It is a working prototype that provides a design and technology that other companies could ultimately build upon for a more desirable virtual reality experience.

“We couldn’t just build a board,” Hugo Swart, head of the company’s home entertainment business, said of simple Snapdragon VR820 chip used by the headset. “We needed to show a real device.”

The reference design will be shipped to companies in the fourth quarter of this year, CNET reports.