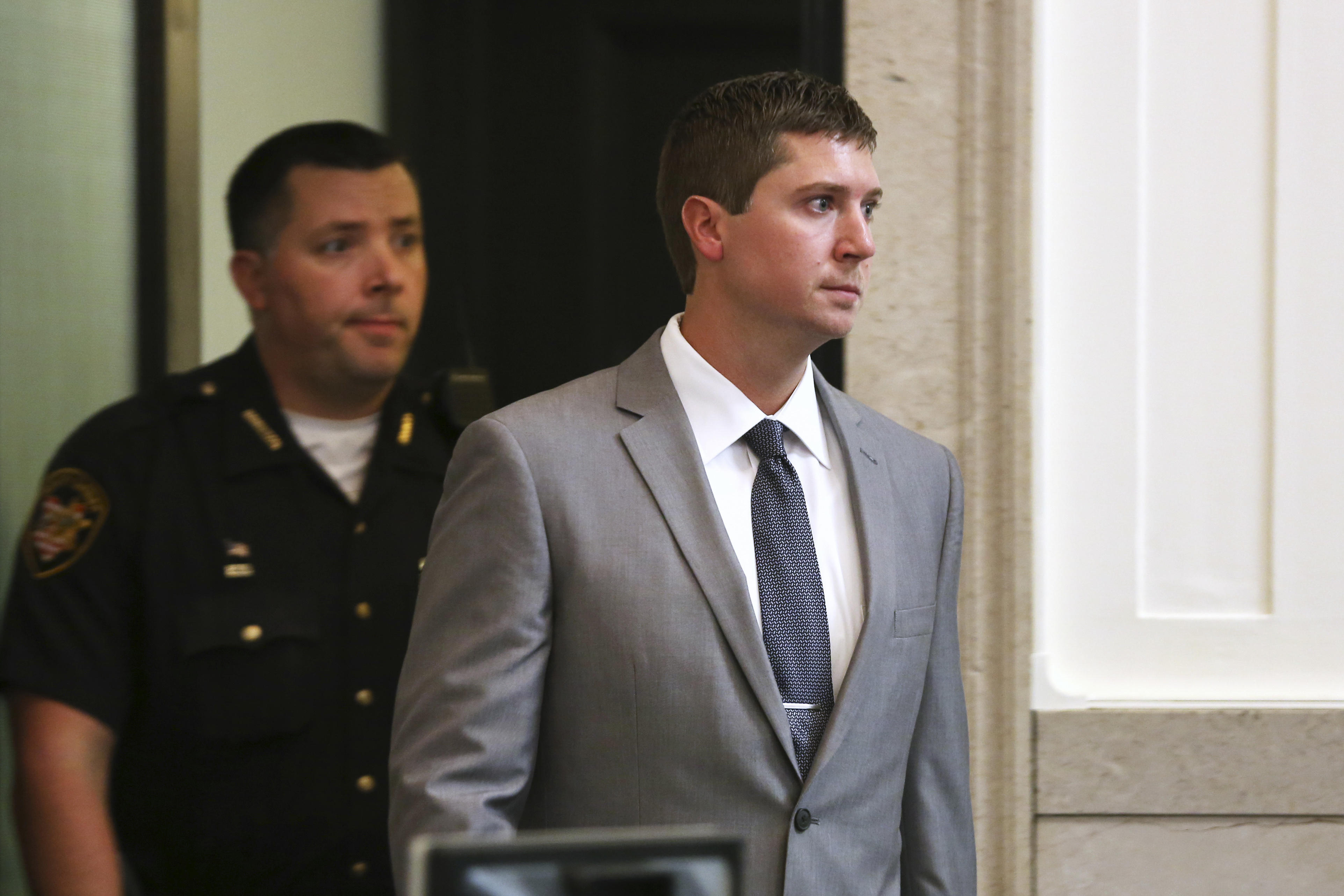 CINCINNATI -- A mistrial was declared Saturday in the case of a white former Ohio police officer who was accused of murder in the fatal shooting of a black man during a traffic stop last year.

The fired University of Cincinnati police officer said he feared for his life when Sam DuBose, 43, tried to drive away after being stopped for a missing front license plate on July 19, 2015. Prosecutors wanted jurors to conclude 26-year-old Ray Tensing “purposely” killed DuBose.

The jury was handed the case around noon on Wednesday. Hamilton County Judge Megan Shanahan said jurors requested to review testimony by experts on police use of deadly force.

On Friday, the jury told Shanahan they couldn’t reach a decision on murder or voluntary manslaughter charges for Tensing. Shanahan said they had enough evidence for a decision and advised them to keep working.

On Saturday morning, Shanahan declared a mistrial because the jury could not reach a unanimous decision after around 25 hours of deliberating.

Hamilton County Prosecutor Joe Deters said the jury was tilting toward a voluntary manslaughter conviction and an acquittal on the murder charge but ultimately couldn’t agree. He said he’ll decide within the next two weeks whether to try the case again.

Authorities, downtown businesses and schools have been monitoring developments closely. Some businesses released employees early Thursday and at least two schools closed in anticipation of a verdict that could bring strong reactions.

Police and emergency response agencies activated their regional operations center to monitor and share information about any violence. Before the trial began, city officials met with civil rights and faith leaders. The city was hit by riots in 2001 after a fatal police shooting of an unarmed black youth.

This case has attracted demonstrators, including Black Lives Matter activists, outside the Hamilton County courthouse and is among other shootings across the country that have raised debate about how police treat black people.

The prosecution said evidence including Tensing’s own body camera video contradicted his story of being dragged by DuBose’s car.

“The video is the ultimate witness ... this video exposes Tensing’s lies,” Deters said during closing arguments.

He said Tensing and his lawyer became “almost comical with their word games,” calling shooting DuBose “stopping the threat” and saying he “perceived to be dragged.”

But defense attorney Stewart Mathews insisted Tensing was trying to keep from being run over.

“He was in sheer terror,” Mathews told jurors. “The evidence is very clear that a car can be just as deadly as a gun or knife.”

He said prosecutors tried to use race as “a smokescreen.”They pointed to Tensing’s T-shirt worn under his uniform that day. The “Great Smoky Mountains” shirt had a Confederate flag on it. Mathews said it had “no evidentiary value.”

Deters told jurors Wednesday that “emotions are high,” but they must decide based on the facts.

Tensing wept on the stand Tuesday. He said his arm was stuck in DuBose’s car at the time and the car was turning toward him.

Deters asked Tensing about an outside report that eight out of every 10 drivers that Tensing pulled over for traffic stops were black, the highest rate of any University of Cincinnati officer.

Tensing said he was often unaware of a driver’s race, did not single people out unfairly and wasn’t racist.

Witnesses testified that DuBose had significant amounts of marijuana and cash on him, which Mathews described as a reason why he was desperate to flee.