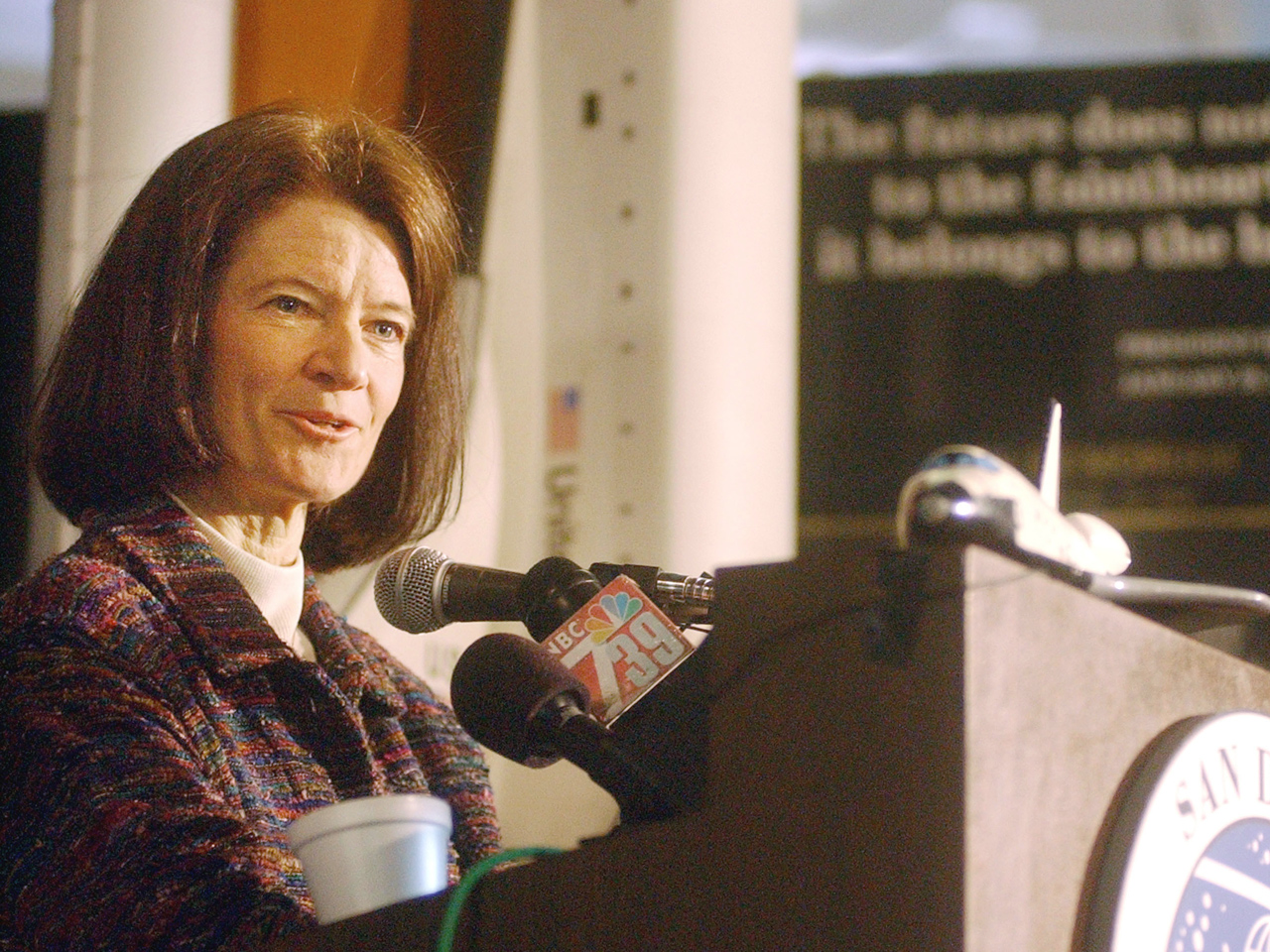 (CBS News) Sally Ride, the first American woman in space, has passed away at the age of 61 after a courageous 17-month battle with pancreatic cancer at her home in La Jolla, Calif., her foundation said in a press release.

Ride was a physicist when she answered a NASA ad seeking applicants for the space program. At the age of 32, Ride both blazed a trail for female astronauts and became the then-youngest American astronaut when she blasted off on the Space Shuttle Challenger in 1983.

"The thing that I will remember most about that flight is that it was fun, and I am sure it is the most fun that I will ever have in my life," Ride said once.

She flew again in 1984, and served on the panel that investigated the Challenger disaster.

According to her NASA biography, Ride first became an astronaut candidate in 1978, and she served both on the ground and in space in a variety of missions and capacities until she joined the faculty at UC San Diego in 1989, where she was a Professor of Physics and Director of the University of California's California Space Institute.

In 2001, Ride founded Sally Ride Science, part of her ongoing mission to encourage students - and especially girls - to take up science studies. The foundation developed camps, festivals, and classes for children who dreamed about reaching for the stars.

Her foundation said in its press release: "After retiring from NASA, Sally used her high profile to champion a cause she believed in passionately--inspiring young people, especially girls, to stick with their interest in science, to become scientifically literate, and to consider pursuing careers in science and engineering."

In March of this year, at a speech at the Allegheny County Women's Leadership Council in Pennsylvania, Ride said the reason more women aren't in science has nothing to do with whether or not women are good at math.

"The reasons are not reasons of interest or aptitude," Ride said, according to the Pittsburgh Post-Gazette. "The reasons are in our culture and subtle stereotypes that still exist. ... Even though we're trying to get rid of them, they're still there. It's easy to picture. You ask a kid to draw a scientist, they'll draw a geeky-looking guy that looks like Einstein, with a lab coat and a pocket protector, with no friends, who does work at 2 in the morning in a lab with no windows and no doors. No 12-year-old girl aspires to that."

In a statement, President Obama said he and wife Michelle were deeply saddened by the passing.

"As the first American woman to travel into space, Sally was a national hero and a powerful role model," Obama said. "She inspired generations of young girls to reach for the stars and later fought tirelessly to help them get there by advocating for a greater focus on science and math in our schools. Sally's life showed us that there are no limits to what we can achieve and I have no doubt that her legacy will endure for years to come."

For years after pioneering ride, Ride gave many speeches about the thrill of space travel.

"The moment of ignition, there is absolutely nothing like it. There is so much power, so much thunder, you know that something that you have no control over at all is happening for the next 8-and-a-half minutes," Ride said once.

Ride is survived by her partner of 27 years, Tam O'Shaughnessy, her mother, Joyce; her sister, Bear; her niece, Caitlin, and nephew, Whitney; her staff of 40 at Sally Ride Science; and many friends and colleagues around the country.