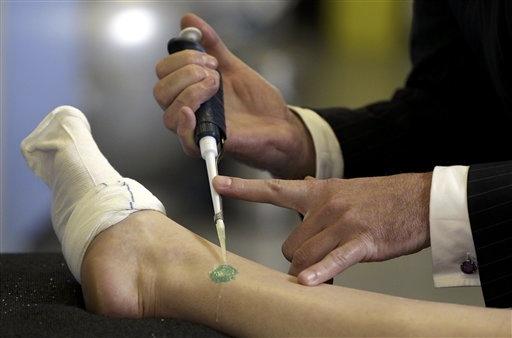 A nephew of Saddam Hussein was sentenced to life in prison Monday for funding Iraq's violent insurgency and bomb-making, the Iraqi government announced, marking the first verdict against a family member of the former Iraqi strongman.

Ayman Sabawi, the son of Sabawi Ibrahim al-Hassan, a half brother of Saddam, was captured by Iraqi security forces during a raid on Tikrit — the former leader's hometown — in May. His father, Al-Hassan, who served as a presidential adviser before the U.S.-led invasion, was captured there two months earlier.

Tareq Khalaf Mizal, who was arrested with Sabawi, also was convicted for possessing and making roadside bombs. He was given a six-year sentence.

The Iraqi Central Criminal Court in Baghdad said Sabawi would face a second trial — beginning Nov. 1 — for other, unspecified crimes to which he allegedly confessed during pretrial interrogation.

In July, the U.S. Treasury froze the U.S. assists of six of al-Hasan's sons, including those of Sabawi. The government announcement said the United Nations had indicated the Sabawi family stole "millions of dollars from the Iraqi people" during Saddam's rule.

Saddam and three co-defendants are to go on trial before Iraq's Special Tribunal on Oct. 19, charged with ordering the 1982 massacre of Shiites in Dujail, a town north of Baghdad, after a failed assassination attempt on the former Iraqi leader, who could be sentenced to death.

Other co-defendants in the case are Barazan Ibrahim, intelligence chief at the time and Saddam's half brother; former Vice President Taha Yassin Ramadan; and Awad Hamed al-Bandar, at the time a Baath party official in Dujail.

Saddam is expected to face about a dozen trials for alleged crimes committed by his regime, including the gassing of Kurds in Halabja and the 1991 suppression of a Shiite uprising in the south.