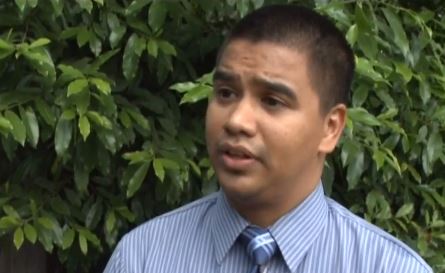 SACRAMENTO -- A pastor at the center of a controversial video praising the massacre of 49 people in an Orlando gay nightclub is standing by his sermon.

Baptist Pastor Roger Jimenez spoke to CBS Sacramento a day after his widely scorned remarks -- which included him saying Orlando was safer because so many gay people died and that he wished "they finished the job" -- drew widespread condemnation.

Jimenez says that despite how many hateful messages are made public, he's privately received messages of support from Baptists and other Christians that thank him for "finally" speaking out.

The video that caused the initial controversy from the Verity Baptist Church's YouTube page has since been removed by YouTube as a violation of the site's policy against hate speech.

The pastor claims he's not trying to incite hate, or advocating for arming up and killing gay people, despite saying in the Sunday sermon hours after the Orlando massacre, "If we lived in a righteous government, they should round them all up and put them up against a firing wall, and blow their brains out."

Instead, he says the deaths shouldn't be mourned because if the victims were gay, then the Bible calls them sinners, and they deserved to die.

California law makes it a crime for any person to threaten to commit an act resulting in death or great bodily injury. Local law enforcement says because Jimenez didn't specifically threaten anyone, his statements are considered to fall under First Amendment protections and are not a hate crime.

"As far as the Bible is concerned, they crossed a line. The sin they performed is worthy of death," he said. "I realize our society doesn't take that, but that's what the bible says. If someone does something that's worthy of death and they end up dying, I'm not gonna mourn them."

He also doubled down on his remarks that Orlando was safer because of their deaths.

"Absolutely I think they are safer now because of these deaths, and the reason I think that is because I believe all of these homosexuals are pedophiles, and the Bible--see our culture and our society puts them in these categories--gay, lesbian, whatever, but that's not found in scripture. And I understand the world does not want to accept that, that's fine. I'm saying as a Christian, the Bible puts people in two categories: normal/natural, unnatural," Jimenez said.

Jimenez bases that last portion on a passage from the book of Romans, a New Testament epistle from the apostle Paul that is separate from the Gospels and the teachings of Jesus Christ. The book is commonly referred to as biblical proof against gays and gay marriage.

Scientific research has repeatedly struck down the bigoted assertion that gay people are more likely to be pedophiles.

Many Sacramento-area pastors say they feel betrayed by this man of the cloth.

"It's really about walking in love and grace and passion and mercy. It's about compassion," he said. "My heart was broken. Nobody deserves to be murdered."