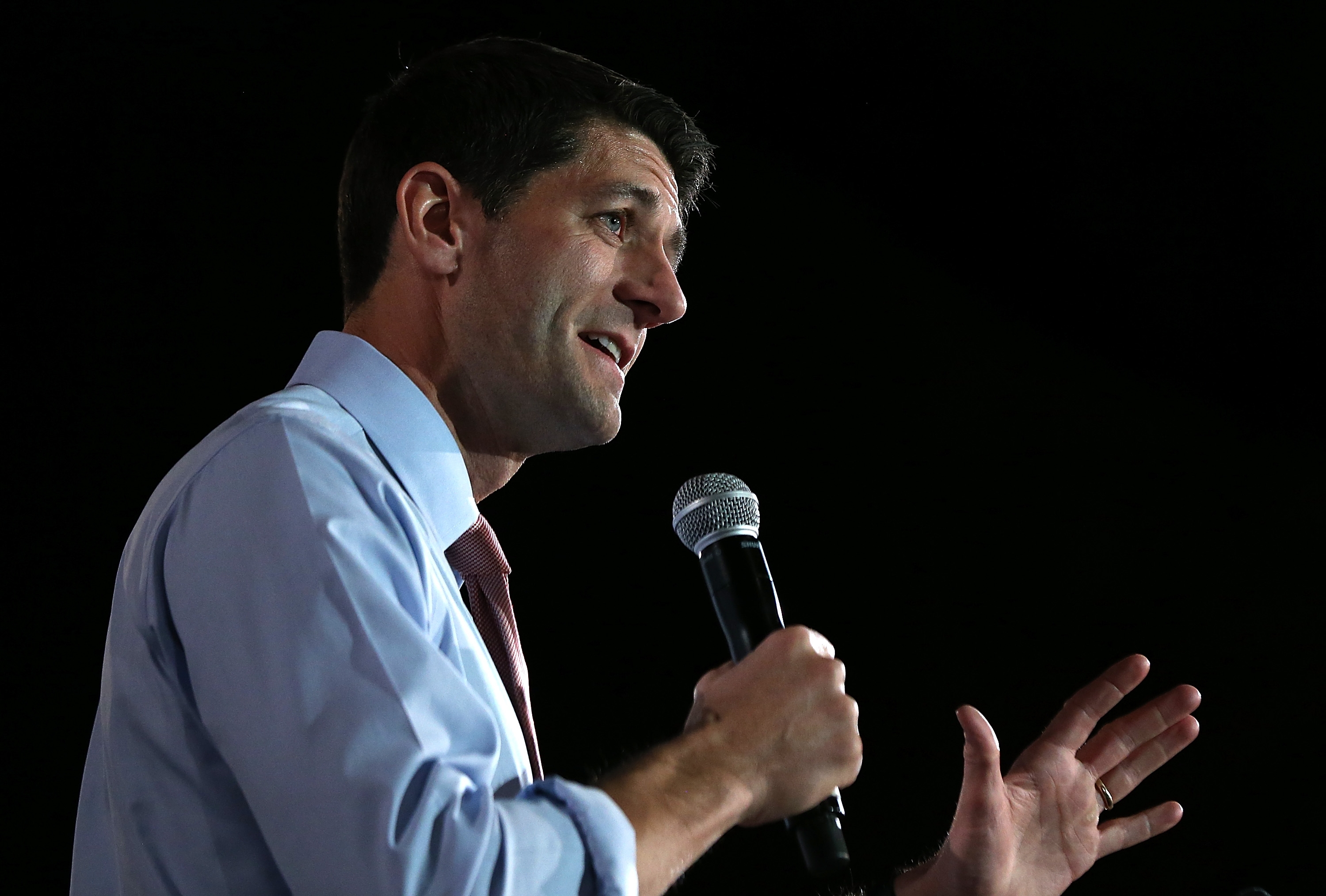 BRISTOL, Va. - Vice presidential candidate Paul Ryan on Thursday mocked a new brochure from the Obama campaign about its second-term agenda, belitting it as little more than a "slick repackaging of more of the same" and echoing a man in the crowd who called it a "comic book."

"President Obama really hasn't given us a vision for a second-term agenda. Just a couple of days ago he came up with a slick new brochure, you know, with less than two weeks left to say, 'Oh, I do actually have an agenda," Ryan said.

"It is a slick--well, comic book--that was his word," the Wisconsin congressman repeated after a man in the crowd shouted out the suggestion. "To me, a slick re-packaging of more of the same. And look at what it has gotten us. You see, where we are today is our economy is barely limping along. It is slower than it was last year, last year was slower than the year before."

On Tuesday Obama's campaign released the 20-page brochure, entitled, "The New Economic Patriotism: A Plan For Jobs & Middle-Class Security," after facing persistent claims from Romney's campaign that they were offering no agenda for a second term.

As Ryan urged Virginia voters to vote early by absentee ballot, he also stressed that a slim victory isn't sufficient for the change he and Romney are seeking to implement. Polls show Romney and Ryan with a slight lead in the state.

"The worst thing that could happen, President Obama gets reelected and we have more of the same with a debt crisis," he said. "The second worst thing that could happen is we get elected by default without a mandate. This is why we're asking you to give us the moral authority and the obligation to honor you by putting this agenda in place to get America back on the right track, so we can get people back to work and we can get our country under control."