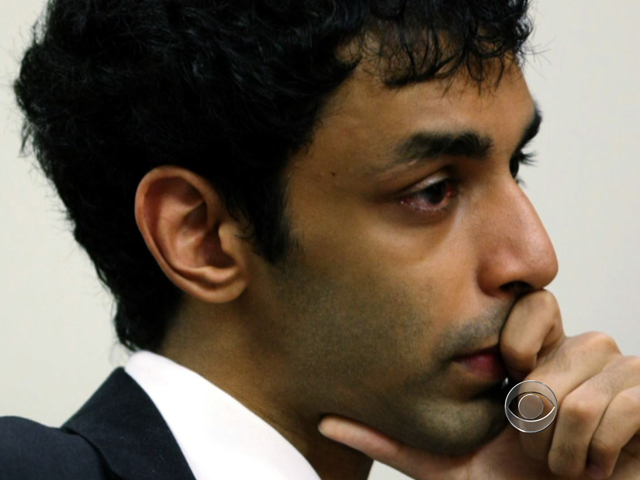 (CBS/AP) NEW BRUNSWICK, N.J. - A Rutgers' University official testified that Tyler Clementi requested a room change about 30 hours after his roommate, Dharun Ravi, allegedly used a webcam to spy on his intimate encounter with another man.

William O'Brien, an assistant director of residential life at Rutgers, told jurors that his staff did not see Clementi's request for a new roommate until after he was reported missing from campus.

Clementi took his life by jumping from the George Washington Bridge on September 22, 2010.

Ravi is charged with bias intimidation, invasion of privacy and other counts.

According to CBS New York, Ravi's lawyer Steven Altman, said it was fine to tell jurors that Clementi requested a private room, but he objected to jurors hearing that he wrote on a form that Ravi was using a webcam to spy on him. Judge Glenn Berman said that O'Brien would not be allowed to say whether Clementi stated on the room change form that he was requesting the change because his roommate had spied on him.

Jurors also heard testimony from Rutgers student Pooja Kolluri. Kolluri told jurors she was shown about five seconds of video from Ravi's webcam. She testified that Ravi told her he initially turned on the webcam to make sure Clementi and his guest didn't touch his things - as well as to confirm his suspicion that Clementi was gay.

According to NJ.com, Kolluri said, "He said that his roommate had asked for the room from 9 to 12 and that he didn't know why, so he set up his webcam to make sure his things weren't touched."

The Ravi trial began Friday and is expected to last three or four weeks.