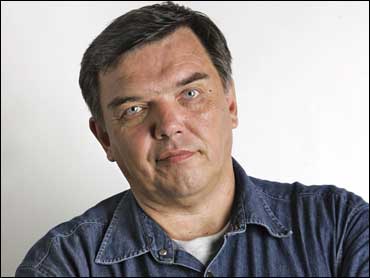 A military correspondent for Russia's top business daily has died after falling out of a window, and some media alleged Monday that he might have been killed for his critical reporting.

Ivan Safronov, the military affairs writer for Kommersant, died Friday after falling from a fifth-story window in the stairwell of his apartment building in Moscow, officials said. His body was found by neighbors shortly after the fall.

With prosecutors investigating the death, Kommersant and some other media suggested foul play.

"The suicide theory has become dominant in the investigation, but all those who knew Ivan Safronov categorically reject it," Kommersant said in an article Monday.

Safronov's colleagues and relatives have described him as a strong, cheerful person who would be extremely unlikely to kill himself.

The Moscow city prosecutor's office did not respond to repeated calls for comment about the investigation into his death, and neighborhood prosecutors could not immediately be reached.

In a report that may have been aimed to quash speculation of foul play, the ITAR-Tass news agency quoted an unidentified law enforcement source as saying investigators had "not even any minimal information" pointing to the possibility of murder.

Safronov, who had served as a colonel in the Russian Space Forces before joining Kommersant in 1997, frequently angered the authorities with his critical reporting. He was repeatedly questioned by the Federal Security Service, the main KGB successor, which suspected him of divulging state secrets.

No charges were filed because Safronov was able to prove his reports were based on open sources, Kommersant said.

In December, Safronov angered the authorities when he was the first to report the third consecutive launch failure of the new Bulava intercontinental ballistic missile, which President Vladimir Putin hailed as a basis of the nation's nuclear might for years to come. The authorities never acknowledged the launch failure.

"For some reason, it is those journalists who are disliked by the authorities who die in this country," the daily Moskovsky Komsomolets said Monday. "Ivan Safronov was one of those. He knew a lot about the real situation in the army and the defense industries and he reported it."

Russia is among the most dangerous countries for journalists; it's plagued by attacks on reporters who seek to expose official corruption and other abuses. The problem was highlighted by the October killing of Anna Politkovskaya, an investigative reporter and a harsh critic of human rights abuses in Chechnya.

The New York-based Committee to Protect Journalists said in January that 13 Russian journalists have been murdered in contract-style killings since 2006, making Russia the third-deadliest country for journalists after Iraq and Algeria in the past 15 years.