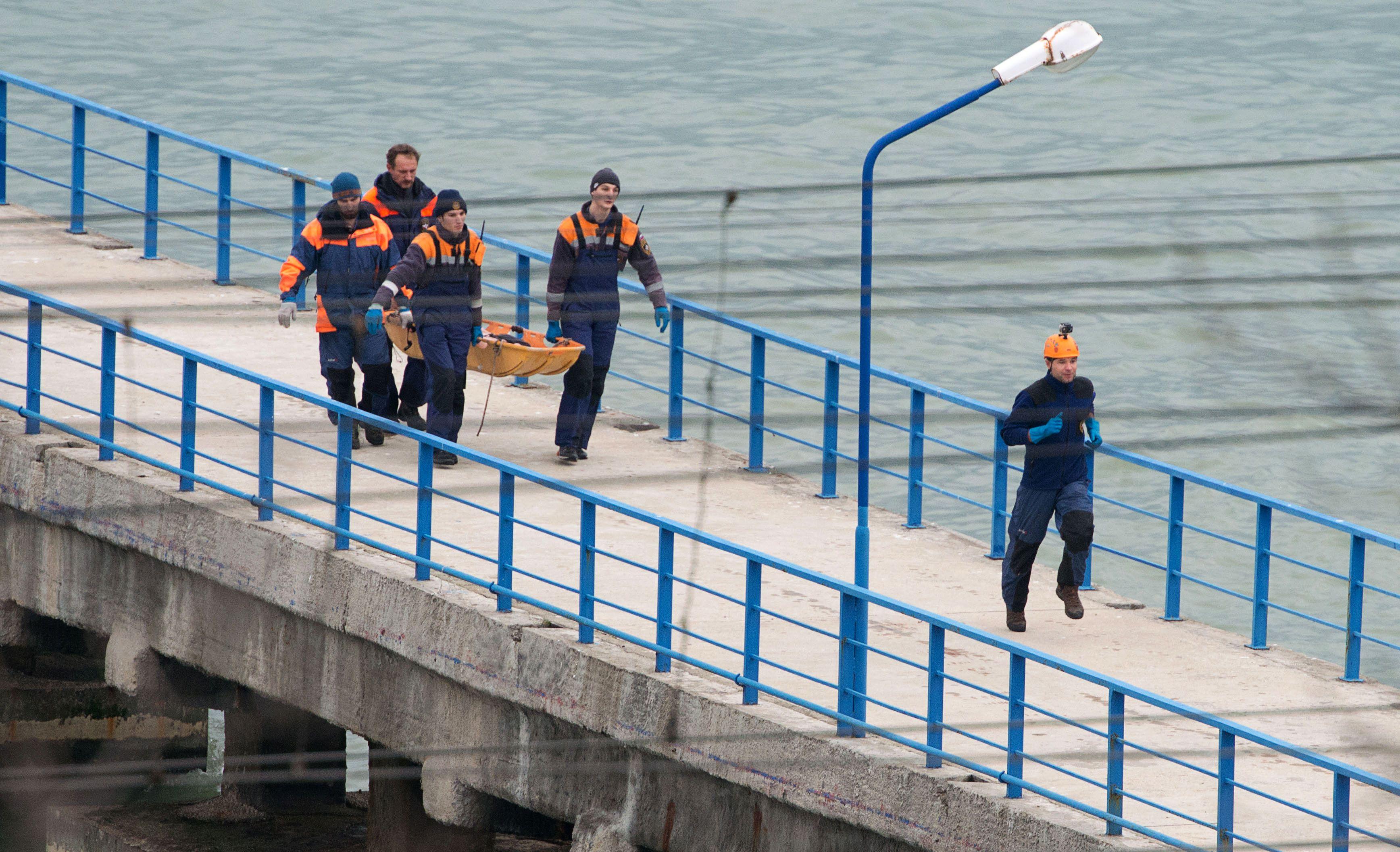 MOSCOW --- A passenger plane belonging to the Russian Defense Ministry with 92 people aboard, including a well-known military band, crashed into the Black Sea on its way to Syria on Sunday minutes after takeoff from the resort city of Sochi, the Defense Ministry said.

Defense Ministry confirms that the Tu-154 crashed while making a maneuver over the sea, CBS News’ Svetlana Berdnikova reported.

The Tu-154 was taking the Alexandrov choir to a concert at the Russian air base in Syria. Reuters reports that Russia’s Defense Ministry regularly flies musicians into Syria to put on concerts for military personnel.

A total of 84 passengers and eight crew members were on board the plane when it disappeared from radar about two minutes after taking off. Emergency services found fragments about 1.5 kilometers (less than one mile) from shore at a depth of 50 to 70 meters (165 to 230 feet.)

Officials at the crash site said were no signs of any survivors.

Russian President Vladimir Putin has declared a nationwide day of mourning for the victims on Monday. In televised remarks, he said the government will “conduct a thorough investigation into the reasons and do everything to support the victims’ families.”

The cause of the crash wasn’t immediately known.

Russia’s transport minister said investigators are looking into all potential reasons for the crash, including the possibility of a terror attack.

Earlier, Berdnikova reported that the investigation committee working on the site denied there could have been any act of terrorism on board.

But on Sunday afternoon, after being asked if investigators are looking into a possible terror attack, transport minister Maxim Sokolov said an “entire spectrum” of possible reasons is being considered, the Associated Press reported.

Officials also suggested they were looking into the possibility of a mechanical malfunction or a crew error. The weather in Sochi was clear at the time of the crash.

Rescuers already have found at least one body and personal documents belonging to some of those on board.

Nine Russian journalists, including a TV crew from Channel One, were also among the passengers. The plane was headed to the Hemeimeem air base in Syria’s coastal province of Latakia.

Yelizaveta Glinka, the head of a well-known Russian charity organization, was also reported to be on board. Her foundation, Spravedlivaya Pomoshch, or Just Help, said she was accompanying a shipment of medicines for a hospital in Syria.

The Defense Ministry posted a list of the names of those aboard on Facebook. It appeared more than 60 of them were from the Alexandrov choir.

Defense Minister Sergei Shoigu was personally coordinating the rescue efforts, and President Putin has received official reports on the incident.

The mayor of Moscow tweeted out his condolences following the crash.

The Tu-154 is a Soviet-built three-engine airliner designed in the late 1960s. More than 1,000 have been built, and they have been used extensively by carriers in Russia and worldwide.

In recent years, Russian airlines have replaced their Tu-154s with more modern planes, but the military and some other government agencies in Russia have continued to use them.