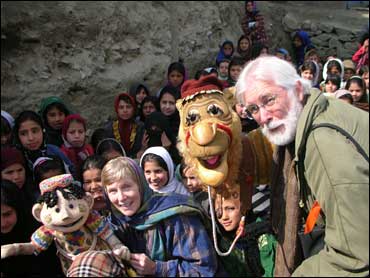 Russia has become a deadly place for journalists who run afoul of government officials or their business and political partners.

Those behind the killings, though, are rarely brought to justice, reinforcing a sense of impunity that may have encouraged the killers of Anna Politkovskaya, a fierce critic of the war in Chechnya.

As the European Union and the U.S. demanded a thorough probe into Saturday's contract-style killing, there was skepticism that the authorities would ever uncover the culprits of the latest in a series of killings of journalists in Russia under President Vladimir Putin, who has been increasingly accused of rolling back post-Soviet freedoms since coming to power in 2000.

The skepticism was underlined by the $929,700 reward for information that Novaya Gazeta has offered, signaling stronger faith in their own investigative efforts than those promised by the government, which has produced so few prosecutions before.

"Russia is a uniquely hostile place for the execution of independent journalism. It is both violent and repressive," said Joel Simon, executive director of the New York-based Committee to Protect Journalists.

Politkovskaya's editors said she had been due to publish an investigative article on Monday about torture and kidnappings in Chechnya based on witness accounts and photos of tortured bodies.

She once described her tense work-life in a television interview: "You have to be on the run all the time. Change clothes, stay awake simply to do your job as a journalist, to collect information from both sides. This job seems more and more like spying, unfortunately."

Politkovskaya was the first recipient of the Overseas Press Club/CBS News Artyam Borovik award. The award is given journalists who, in the spirit of Borovik, report on what is happening in Russia -- even when the Russian government does not want these stories reported, said Linda Mason, Senior Vice President, Standards and Special Projects for CBS News. Mason met Politkovskaya when she came to New York to accept the award, and was impressed with her "passionate commitment to the stories she reported."

She was at least the 43rd journalist killed for her work in Russia since 1993, according to CPJ, which has ranked Russia the third most deadly country for journalists, after Iraq and Algeria. Many were killed while reporting on the two wars in Chechnya, and six were caught up in fighting between government and opposition forces in Moscow in 1993.

Many more appear to have been targeted because of their attempts to dig into allegations of corruption. The killers have rarely been found.

Dmitry Kholodov, a reporter who investigated military corruption, was killed in October 1994 when a briefcase he had picked up at a Moscow train station following an anonymous call blew up in his office. Colleagues said he had been told it contained evidence.

Six men charged in the killing, including four former members of an elite paratroops unit, were acquitted in two separate trials, in 2002 and 2004; the Russian Supreme Court upheld those rulings in June 2005.

Natalya Skryl, a business reporter for Nashe Vremya in Rostov-on-Don, was beaten over the head in March 2002 and died the next day. Colleagues said she had been investigating a dispute over control of a metals plant, and that was the most probable reason for her murder.

Investigators initially excluded robbery as a motive in the killing — because she had jewelry and a large sum of cash on her when she was found — but later ruled the opposite, according to CPJ.

"It is extremely important to break the circle of inconclusive investigations in regard of the recent murders of journalists in Russia," said Miklos Haraszti, the media freedom advocate of the Organization for Security and Cooperation in Europe. "The violent death of any member of the media stifles the free spirit of journalism. But in this case, the expediency of action is extremely important also because Anna Politkovskaya was an outspoken critic of government policies."

Suspicion in the killing of Politkovskaya, whose body was found in the elevator in her apartment building on Saturday, has fallen on the Moscow-backed Chechen strongman Ramzan Kadyrov. Politkovskaya, one of the few Russian journalists writing about widespread human rights abuses in Chechnya, had been a persistent critic of Kadyrov, whose security forces are alleged to be involved in widespread abductions and torture.

Novaya Gazeta said on its Web site it believed her murder was either revenge by Kadyrov or an attempt to discredit him.

In a recent radio interview, Politkovskaya said she was a witness in a criminal case against Kadyrov concerning his alleged involvement in the kidnapping of two civilians — an ethnic Russian and a Chechen — who were tortured and killed.

Politkovskaya also angered other powerful people — including the Russian military — with her investigative reporting and human rights advocacy.

Novaya Gazeta said Sunday its reporters would conduct their own investigation, and it called Politkovskaya's slaying revenge for her coverage of Chechnya, which included the story planned for Monday.

"We never got the article, but she had evidence about these (abducted) people and there were photographs," Deputy Editor Vitaly Yerushensky, told Ekho Moskvy radio.

Politkovskaya's death was the most high-profile slaying of a journalist in Russia since the July 2004 assassination of Paul Klebnikov, the U.S.-born editor of the Russian edition of Forbes magazine. That crime was believed linked to Klebnikov's investigation of the murky business world in Russia but remains unresolved; two ethnic Chechens accused of carrying it out were acquitted earlier this year.

Dozens of well-wishers came to lay flowers outside the entrance to Politkovskaya's apartment block in downtown Moscow on Sunday and placed flowers and candles outside the newspaper offices.

Hundreds meanwhile rallied in Moscow's Pushkin Square to protest her murder as well as the Russian crackdown on Georgians since a spy row erupted last week.

Underneath a photograph of Politkovskaya, one poster read: "The Kremlin has killed freedom of speech."