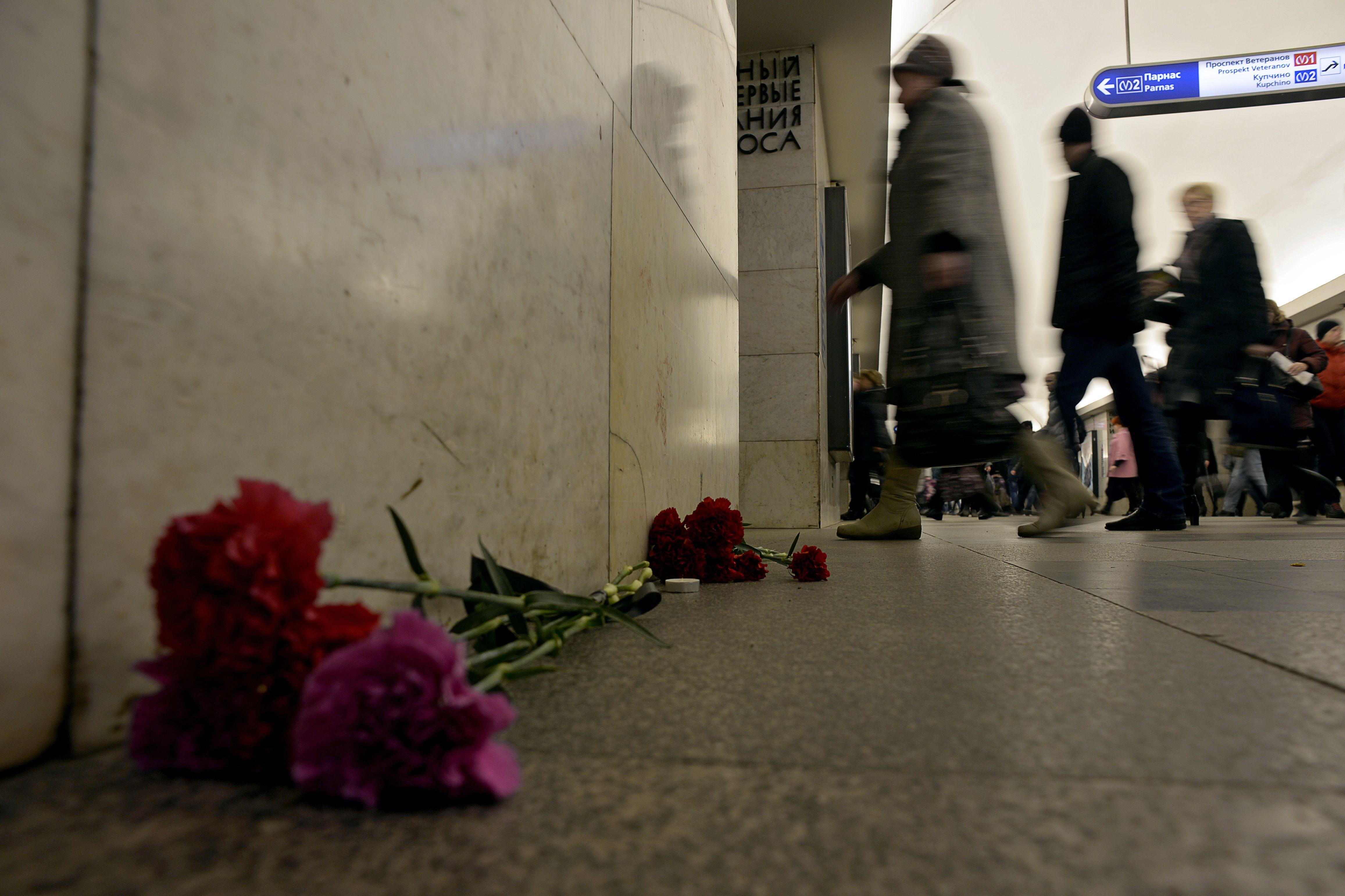 ST. PETERSBURG, Russia -- Residents left flowers at makeshift memorials and tried to go about their business in the western Russian city of St. Petersburg on Tuesday, a day after a bomb on a subway train in the heart of the city left at least 14 people dead and dozens more wounded.

The atmosphere was still tense. Police locked down a couple buildings for searches Tuesday morning in the vicinity after reports of suspicious packages.

CBS News correspondent Elizabeth Palmer reports the bombing suspect was identified as Akbarzhon Jalilov by security services in Kyrgyzstan, a small country south of Russia, near the Afghan border, where Jalilov was born in 1995. Russian investigators later confirmed that name as the key suspect in the bombing.

The national Russian Investigative Committee confirmed Tuesday that authorities were still searching for two people suspected as accomplices to Jalilov.

Russian and Western news outlets reported Tuesday that investigators had determined the bomb was detonated in a suicide attack.

The bomb, filled with shrapnel to cause maximum carnage and powerful enough to blow out the doors of the train, went off between two stations. The driver managed to reach the next stop, however, and is being hailed in Russian media as a hero for doing so. Many more people might have died had the train remained stuck in the middle of a tunnel.

At the next station, shocked passengers groped through smoke and chaos and tried to help those who couldn’t help themselves.

St. Petersburg’s subway system was immediately shut down as rescue workers rushed the injured up to street level and into to waiting ambulances.

At a nearby station, police found and defused a second bomb that also showed traces of the Jalilov’s DNA. Russian media say it was disguised as a fire extinguisher, and could have been five times as powerful as the one that did go off.

President Putin, who comes from St. Petersburg, came to lay flowers near the scene of the attack on Monday night, though so far he’s said only that investigators are following all leads.

That attack was linked to the war -- which has since ended -- against Islamic nationalists in the Russian republic of Chechnya.

Since then, Russia has joined Syria’s messy civil war, and ISIS has more than once threatened revenge. That’s one of the possible links securities services will be exploring today.

If Jalilov does prove to have connections to ISIS, it could erode support for President Putin’s decision to use the Russian army to back Syrian President Bashar Assad in his own country’s six-year civil war.

But Russian Foreign Minister Sergey Lavrov dismissed on Tuesday any speculation that the bomber might have been motivated by Russia’s involvement in Syria as “cynical.”

“It is unacceptable to try to seek some connection with the origin of the person, his religious beliefs,” Lavrov said at a meeting with his Kyrgyz counterpart. “Terrorism is a crime against all mankind and against all religions… As for the media quoted by you that the terrorist act is revenge for our policy in Syria, it’s cynical, mean.”