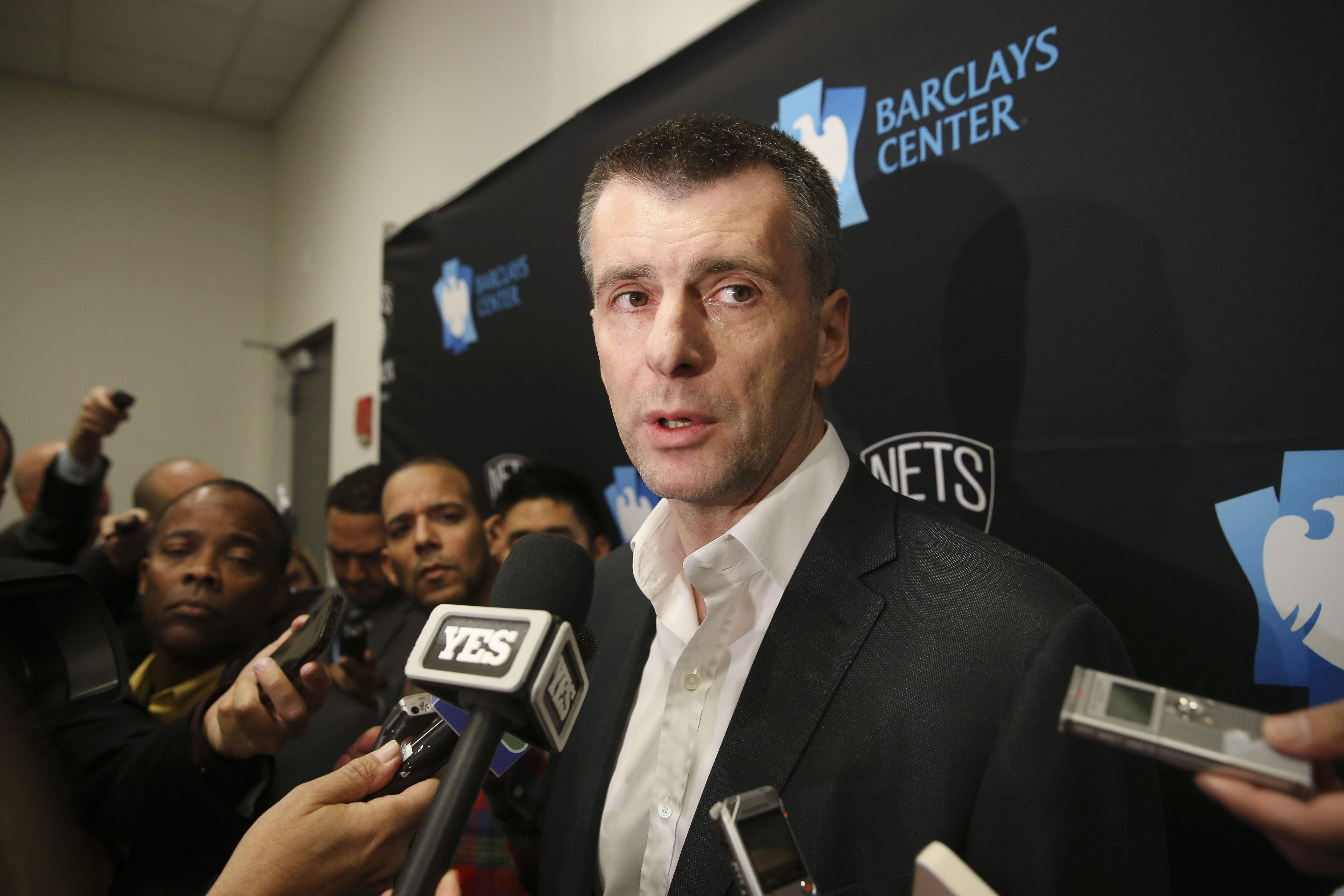 Real estate experts report fewer record-breaking purchases from Russian clients. And now one of the wealthiest men in Russia could be parting ways with another big investment -- his NBA team, reports CBS News correspondent Vinita Nair.

Russia's economy is shrinking, and the Brooklyn Nets may feel the squeeze. Bloomberg News reported this week that billionaire Mikhail Prokhorov wants to sell his 80 percent stake in the NBA franchise.

As the Brooklyn Nets took to the court Wednesday night, the future of their ownership remained unclear. Some have suggested Moscow's troubling economy could be the reason.

"He is one of the richest men in Russia. That said, he is losing money in the Russian economy by the day, basically," Bloomberg View sports columnist Kavitha Davidson said. "I think that his net worth is down more than $100 million from last year."

Prokhorov purchased a controlling interest in the Nets five years ago. In 2013, he spoke with Charlie Rose.

"When I came here, I promise to be a championship within five years. I have two years left. So that's why I think we're on the right way," Prokhorov said. "First, you need to invest some money to develop your franchise."

In a statement, a spokesperson for Prokhorov would only say, "Ownership is always open to listening to offers. That's just good business. There is nothing imminent in terms of a sale of any stake in the team."

Still, if the 49-year-old sells, he may not be the only Russian investor looking to back off.

Attorney Marlen Kruzhkov said many of his uber-rich real estate clients have long used high end Manhattan properties as investment opportunities -- some of which cost a minimum of $15 million.

But he said the market is changing as Russia's currency buckles under falling oil prices and U.S. sanctions.

"For Russians, what's changed is the general economic situation, coupled with the ruble dropping, is creating a lot of hard choices for people," Kruzhkov said.

Those people, Kruzhkov said, are mostly millionaires and billionaires.

With Moscow facing its worst economic downturn in 15 years, he said it's unknown exactly how long or to what extent the impact will be felt.

But Kruzhkov said he's not aware of any of his clients defaulting or pulling out altogether, but others have.

"I think you're going to see people pulling out; people who have existing homes may be looking to rent them or sell them," he said. "I think that is probably quietly already happening and it's going to happen more."

While Russian buyers may be backing off a bit, real estate analysts note markets like New York and Miami are always big foreign lures, and there's always someone willing to buy.