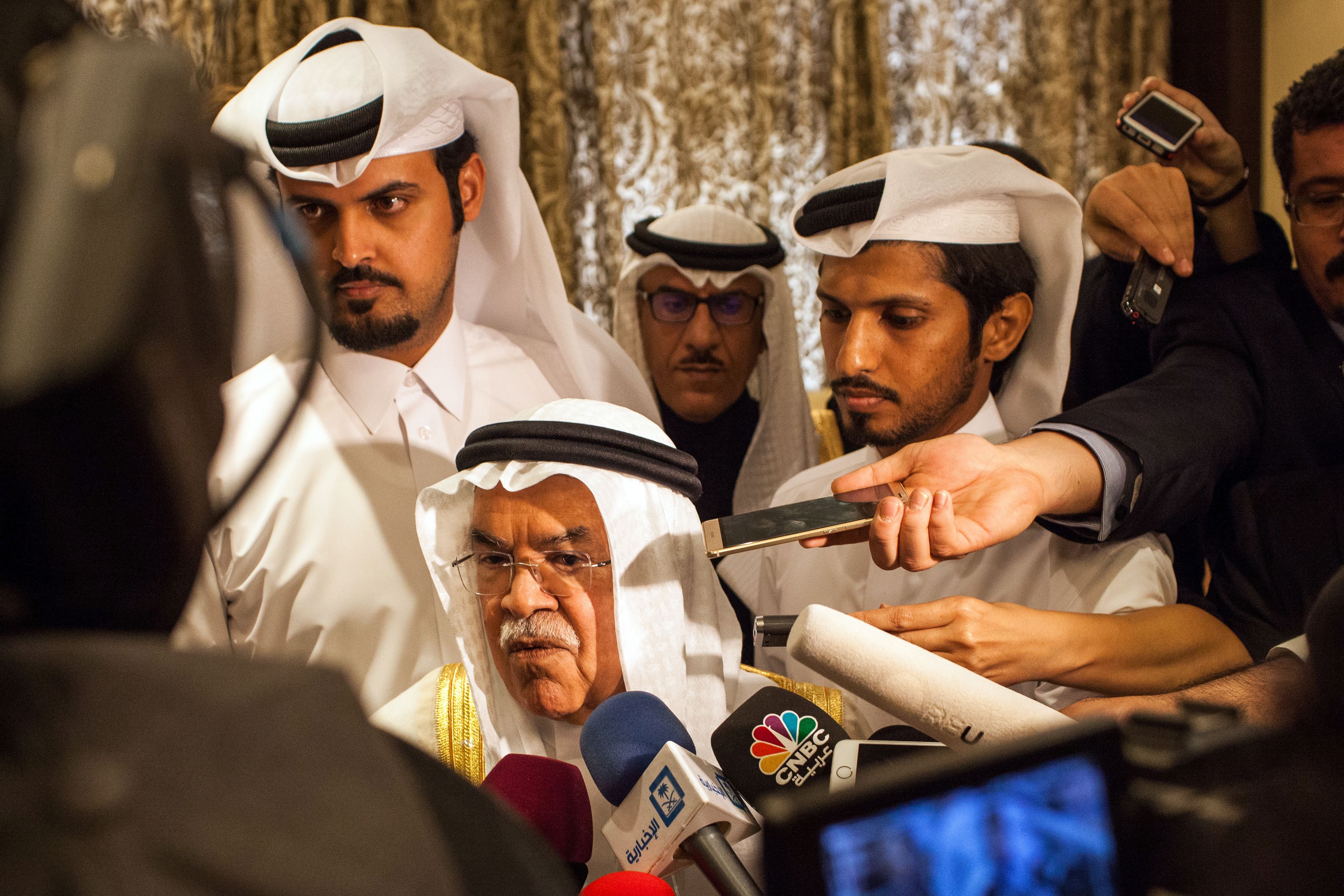 DUBAI, United Arab Emirates - Russia's energy ministry said on Tuesday that his country has agreed with OPEC members Saudi Arabia, Qatar and Venezuela to freeze oil production levels if other producers do the same.

The meeting reflects growing concern among major oil producers about the effects a prolonged slump in crude prices will have on their domestic economies.

Novak said the countries are willing to freeze output levels at January levels "if other oil producers join the initiative."

Getting other major oil suppliers to go along with that plan could be tricky. Prices have fallen sharply since summer 2014, leaving producers scrambling to win market share from competitors.

Oil prices rose following the meeting, with a barrel of benchmark New York crude trading up 77 cents at $30.21. A barrel of Brent, the international standard, gained 89 cents to $34.28.

Speaking to reporters after the meeting, Saudi Oil Minister Ali Naimi said producers would continue to assess the state of the market in the months ahead. He described freezing output at January levels was an adequate step for now.

All of the countries at the meeting except Russia are part of OPEC, which has refused to cut its official production targets in an effort to bolster faltering prices. Saudi Arabia dominates policy-making within the 13-member bloc of oil producing countries.

The aim of OPEC's keep-pumping strategy has been to attempt to ride out the 12-year lows in prices and force higher-cost producers, such as shale drillers in the U.S., out of the market.

Notably absent from Tuesday's meeting was Iran, which shares control of a major underwater natural gas field with Qatar. It is eager to ramp up its exports now that sanctions related to its nuclear program have been lifted, saying recently it aims to put another 500,000 barrels a day on the market.

Jason Tuvey, Middle East economist at Capital Economics, said Tuesday's agreement should help support prices. But he noted that only some OPEC members have signed on to the deal, and that compliance to the bloc's own quotas has long been a challenge for the group.

"And even if output is frozen, this will still be at extremely high levels," he added. "Saudi oil production remains close to record highs" of more than 10 million barrels a day.