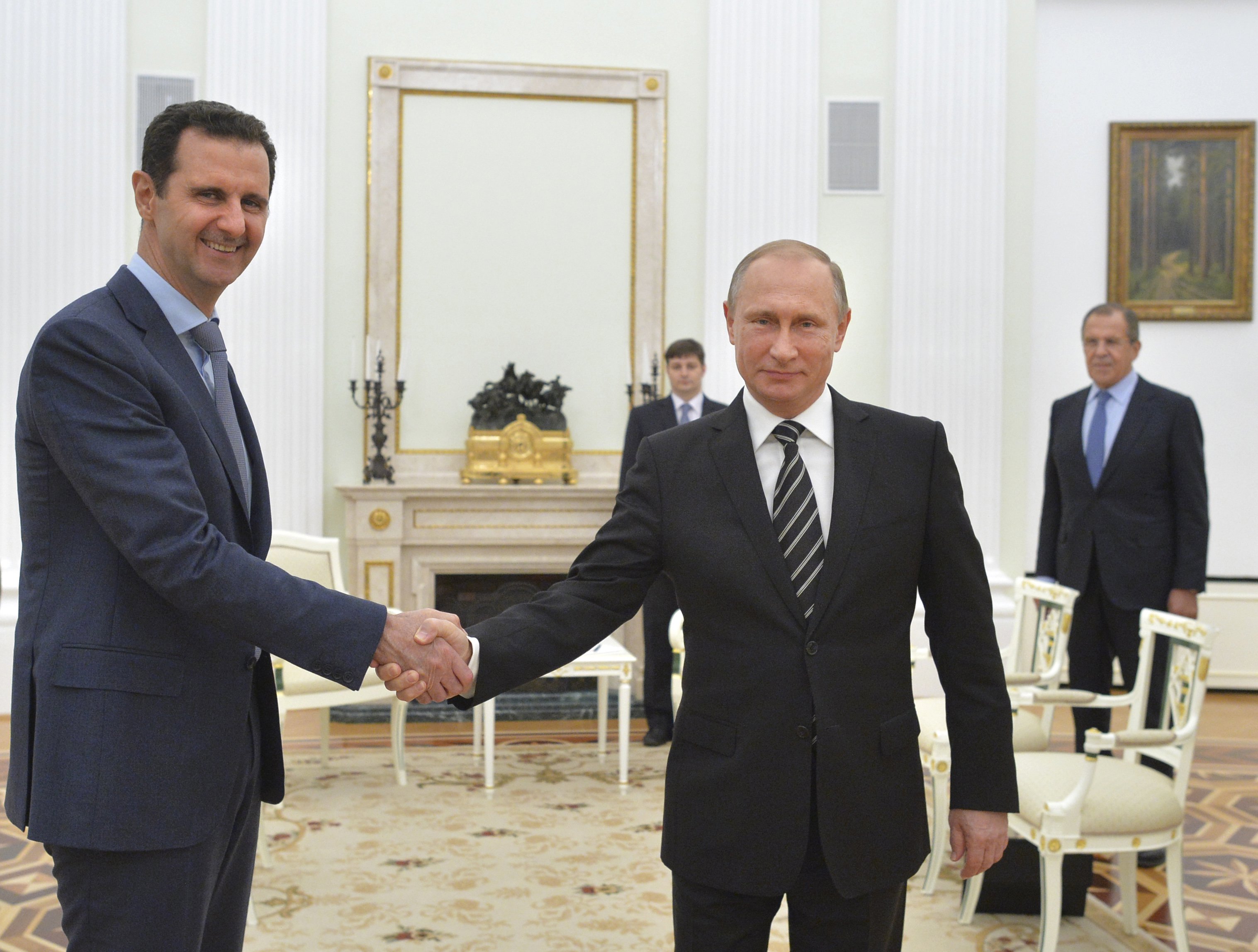 MOSCOW -- A Russian foreign ministry spokeswoman said on Tuesday that Moscow does not consider it a matter of principle that Syrian President Bashar Assad should stay in power, seemingly stepping back from its previous position of strong support for him.

Asked whether it was crucial for Moscow that Assad stays, Maria Zakharov said on the Ekho Moskvy radio station: "Absolutely not, we've never said that."

"What we did say is a regime change in Syria could become a local or even regional catastrophe," she said, adding that "only the Syrian people can decide the president's fate."

Not long after the remarks were made, Zakharov sought to clarify them with another Russian media outlet; "I can confirm that Russia's position on resolving the Syrian (crisis) has not changed," she said.

Russia is believed to be Assad's strongest backer and has previously balked at the West's suggestions that the Syrian president should be ousted.

Russia in September began carrying out airstrikes against opposition fighters in Syria. While Moscow initially said its focus would be militants of the Islamic State of Iraq and Syria (ISIS), it quickly became apparent that the primary targets were other rebel groups closing in on Assad's strongholds -- including some groups backed by the U.S.

Earlier on Tuesday, Deputy Foreign Minister Mikhail Bogdanov told Russian news agencies that Moscow is aiming to host a round of talks between Syrian officials and opposition leaders next week.

Bogdanov said the Syrian government has agreed to participate, but that it is unclear which opposition groups might come. He did not give a specific date for the proposed talks.

The talks are expected to be discussed Wednesday at a meeting between Russian Foreign Minister Sergey Lavrov and U.N. Syrian envoy Staffan de Mistura, Bogdanov said.

Assad made a surprise visit to Moscow last month, which was viewed as a signal that Russia ultimately seeks a political settlement after weeks of heavy airstrikes in Syria, although the terms of such an arrangement are uncertain.