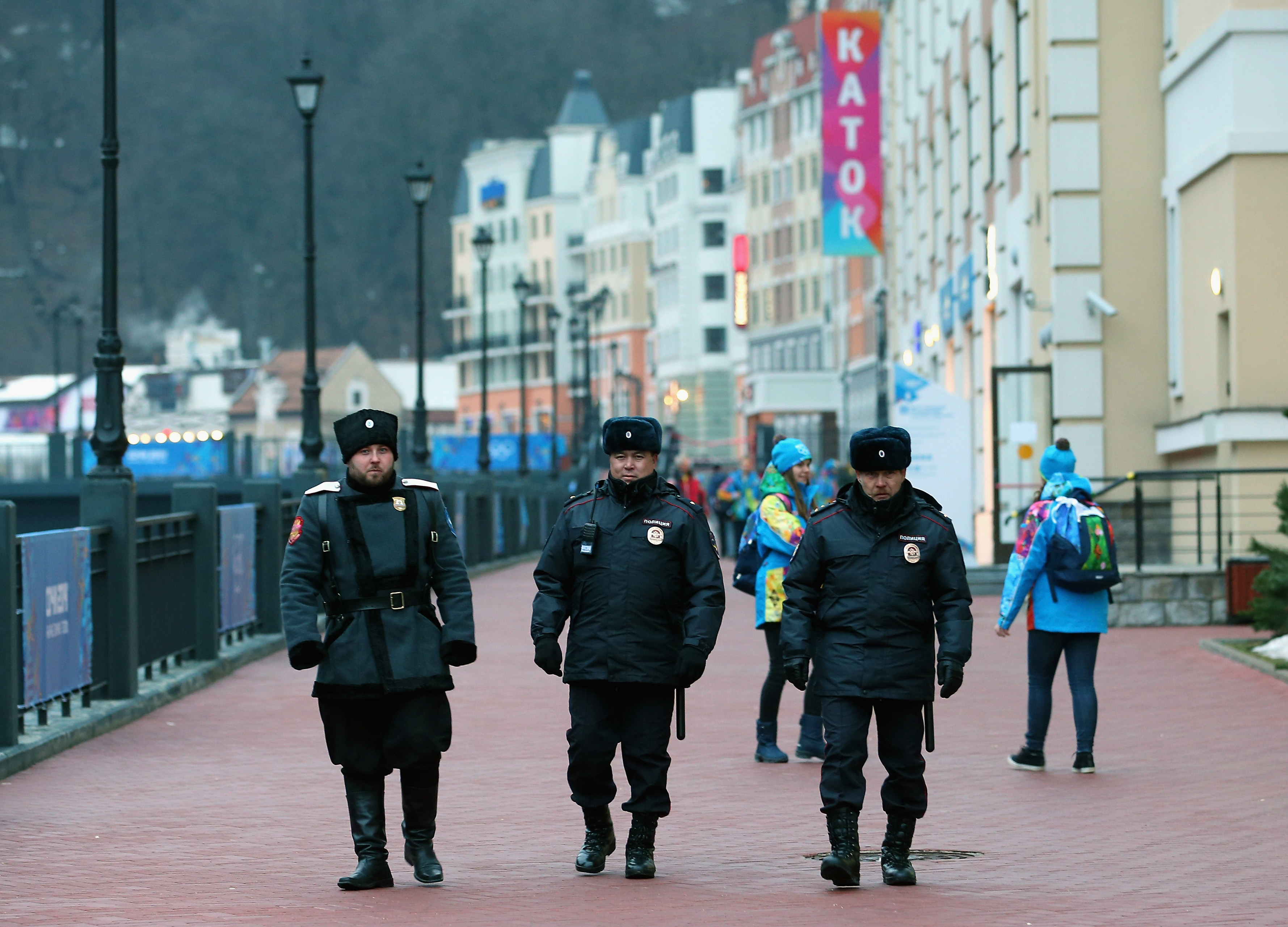 SOCHI, Russia -- An activist who has been monitoring environmental fallout from the Sochi Olympics has been jailed for five days for resisting police, apparently part of a continuing harassment campaign against local activists.

Igor Kharchenko was grabbed on the street in the regional capital of Krasnodar late Tuesday afternoon as he left his house and found his car smashed, an associate, Olga Soldatova, said Wednesday. Police charged him with resisting police orders. Soldatova, who was with him at the police station, said Kharchenko was given a blank sheet of paper instead of a protocol sanctioning his detention.

Kharchenko was put on trial behind closed doors Wednesday and sentenced to five days in jail for disobeying police orders.

"They were leading Kharchenko out, and he told us he got 5 days, without a proper trial, lawyer or witnesses," said Soldatova, who was at the courthouse.

Like Yevgeny Vitishko, who was jailed Monday for swearing in public, Kharchenko is a member of the Environmental Watch on the North Caucasus, a group that has been monitoring the environmental effects of Olympic construction.

CBS News correspondent Mark  Phillips  reported Tuesday that residents of Akhtyr, a village half-way between two new Olympic venues, are upset that construction for the games ruined nearby drinking water wells and cut off a road used for everyday travel into and out of the village.


Activists have been raising concerns for months about an apparent campaign of intimidation and harassment of activists and journalists in the Sochi area.

Human Rights Watch said the harassment campaign against the local activists does not deal with the problems that the activists have uncovered but only dampens Russia's image abroad.

"Vitishko's imprisonment on trumped-up charges, and his colleagues' arbitrary detentions and vicious harassment, are more damaging to Russia's 'Olympic host' reputation than any criticism they could have voiced," the group's Russian coordinator, Tanya Lokshina, said in a statement Tuesday.

Activists and opposition leaders in Moscow also have experienced harassment in recent years but authorities in the capital seem to be employing more sophisticated methods to silence them. Some have faced elaborate criminal investigations; others have been kicked out of their jobs. Tactics in Russian regions, including the Krasnodar region where Sochi is situated, seem to be more primitive and reminiscent of the harassment of Soviet dissidents.

Vitishko, who is serving a suspended sentence for spray-painting the fence of what activists say is the illegal property of the local governor, was detained on the doorstep of a prison office on Monday after he applied for permission to travel to Sochi for the Games. In a trial that barely lasted 10 minutes, Vitishko was found guilty of swearing in public, a rarely enforced misdemeanor punishable by a fine of up to 15 days in jail.

Other activists in the region have been cited on similar charges.

Natalya Kalinovskaya, an activist in the village of Psou, which is adjacent to the Olympic park, had protested the destruction of the sandy beach in her village. She received a court order in February 2013 that barred her from going to the beach, which is public property.

Svetlana Kravchenko, an investigative reporter in Sochi for the Caucasian Knot publication, was found guilty in 2012 of beating up a security guard, even though a medical examination documented only a 0.3 millimeter scratch on the guard's ear.