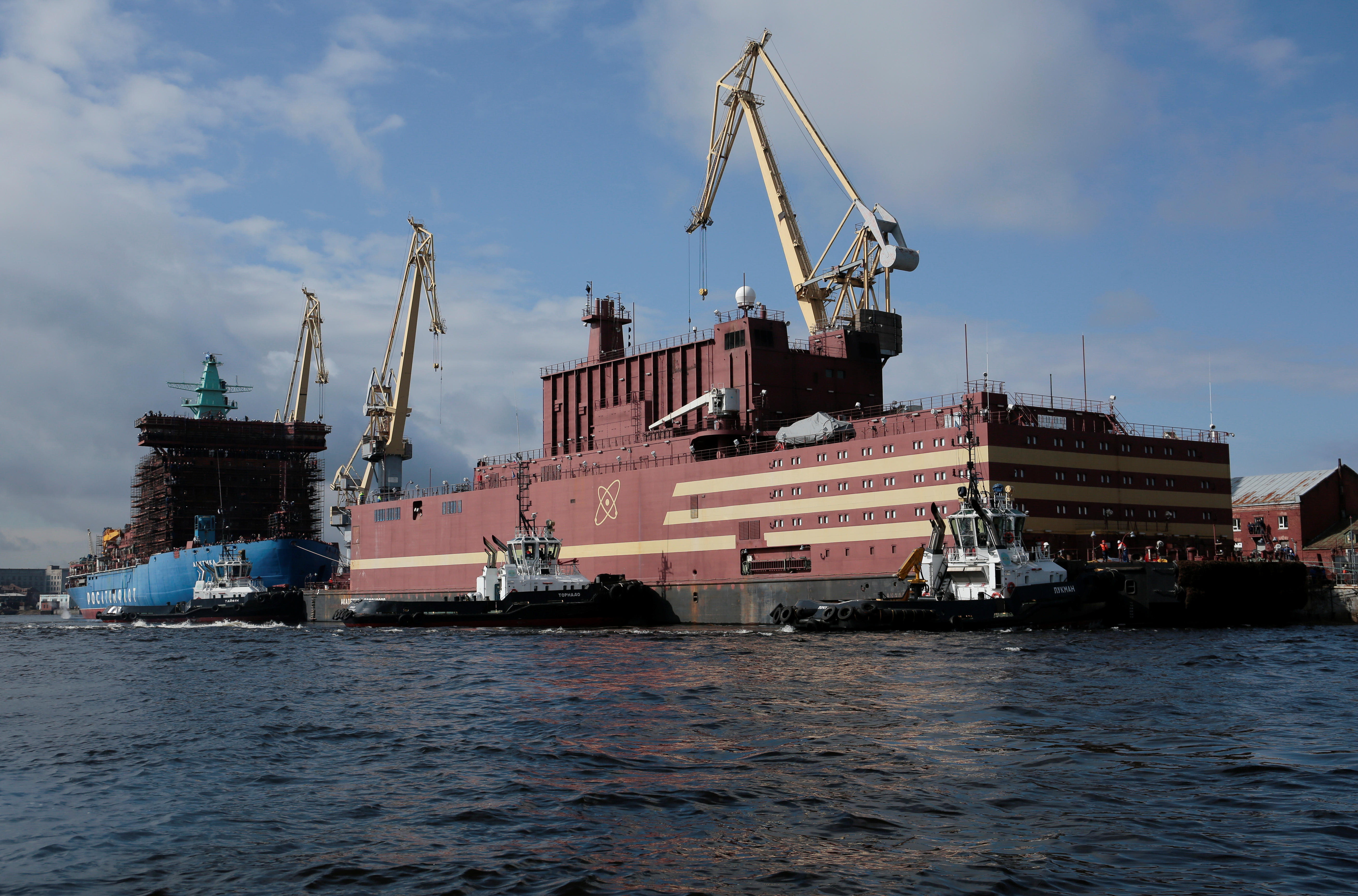 ST. PETERSBURG, Russia -- A floating nuclear power plant built in Russia has embarked on its first sea voyage so its reactors can be loaded with fuel. The floating plant, the Akademik Lomonosov, was towed on Saturday out of the St. Petersburg shipyard where it was constructed. It is to be pulled through the Baltic Sea and around the northern tip of Norway to Murmansk in northwest Russia, where the nuclear reactors are to be fueled.

The Lomonosov is to be put into service in 2019 in the Arctic off the coast of Chukotka in the far east, providing power for a port town and for oil rigs.

The project has been widely criticized by environmentalists. Greenpeace has dubbed it a "floating Chernobyl."

"To test a nuclear reactor in a densely populated area like the centre of St. Petersburg is irresponsible to say the least,"  Jan Haverkamp, a nuclear expert at Greenpeace, said in a statement.

Haverkamp added: "However, moving the testing of this 'nuclear Titanic' away from the public eye will not make it less so: Nuclear reactors bobbing around the Arctic Ocean will pose a shockingly obvious threat to a fragile environment which is already under enormous pressure from climate change."