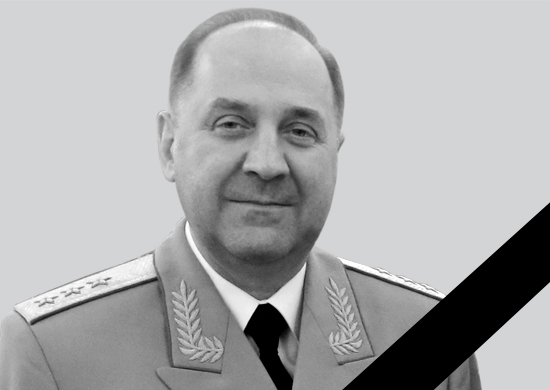 A ministry statement said he died suddenly on Sunday, but gave no further information on the cause of death or where it occurred.

The military intelligence service, widely known by the acronym GRU, is believed to be Russia's largest foreign intelligence operation. Ukraine has alleged that soldiers connected with the GRU have taken part in the conflict in eastern Ukraine, where government forces and Russia-backed separatists have been fighting since April 2014.

Sergun was on the list of Russian officials who were sanctioned by Western countries over the conflict in Ukraine. The European Union in a statement said Sergun was "Responsible for the activity of GRU officers in Eastern Ukraine."

Sergun was appointed to head the GRU in 2011. Previously, the career officer had been Russia's military attache in Tirana, Albania.

He is survived by his wife and two daughters, Russian news reports said.

Mikhail Lesin, 57, was found dead in an upscale Washington, D.C., hotel in early November. In addition to being Russian press minister from 1999 to 2004 and presidential media adviser from 2004 to 2009, he helped found the RT television channel.