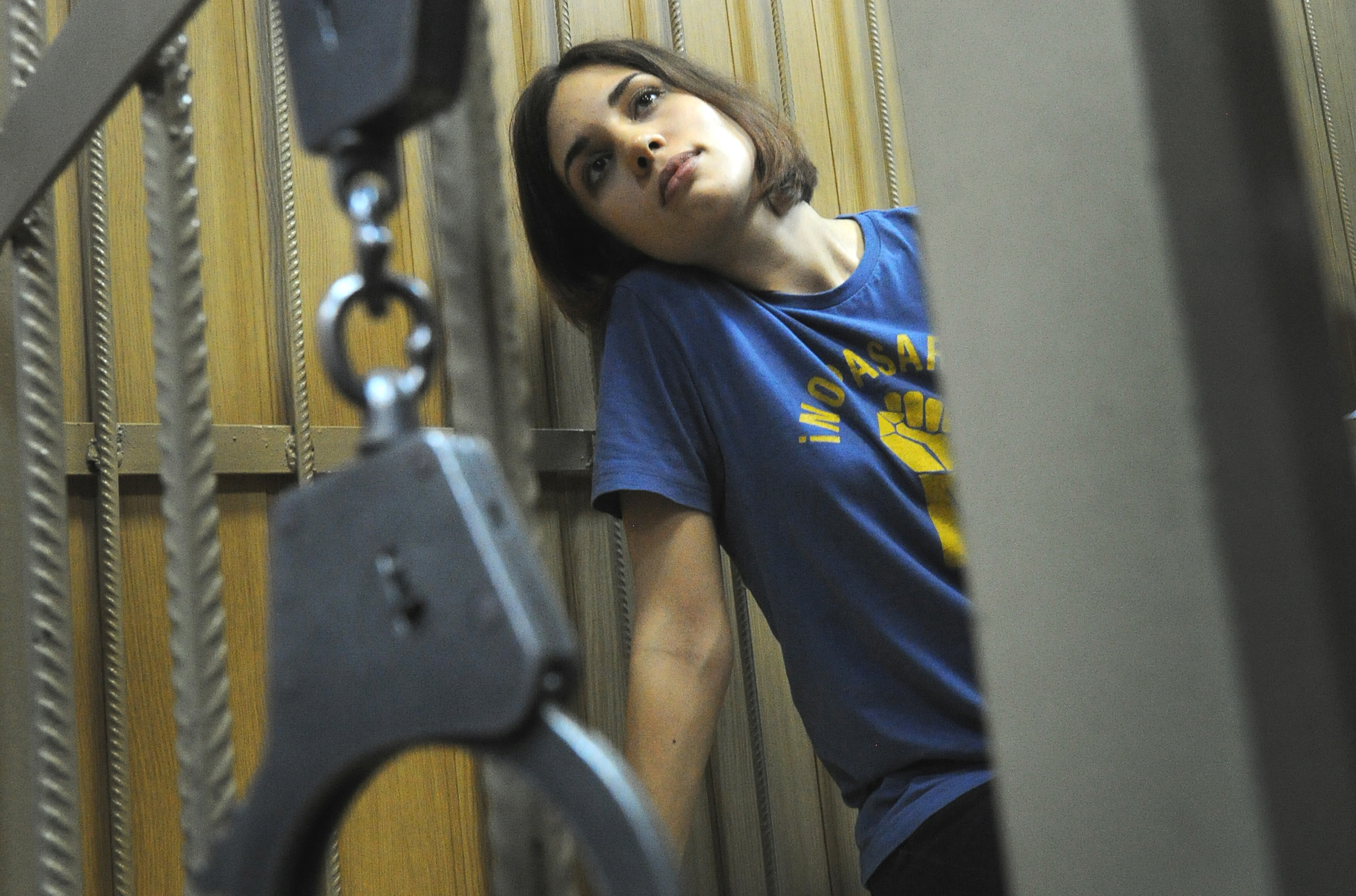 ZUBOVA POLYANA, Russia A Russian court is to consider whether one of the jailed Pussy Riot band members is eligible for early release as she has served a half of her two-year sentence.

Nadezhda Tolokonnikova, who has been in custody since her arrest last March, is serving the sentence for the band's irreverent protest against President Vladimir Putin in Moscow's main cathedral.

A court in Zubova Polyana opened the hearings Friday morning as dozens of journalists descended on this small town in the central province of Mordovia, home to a sprawling web of Soviet-era prison camps.

Tolokonnikova and two other female members of the punk band were convicted last year of hooliganism motivated by religious hatred for an anti-Putin performance at Moscow's Christ the Savior Cathedral. One of the women, Yekaterina Samutsevich, has had her sentence suspended on appeal.

Tolokonnikova, 23, dressed in a Soviet-style dark-blue prison uniform with a white scarf around her neck, told the court that the prison colony did not support her plea of early release because she "didn't repent." Russia law does not make repentance a condition for an early release.

Defense lawyers urged the court to release Tolokonnikov so that she can take care of her 5-year-old daughter. Attorney Dmitry Dinze also complained that prison officials seem unable to provide proper conditions to treat her persistent headaches.