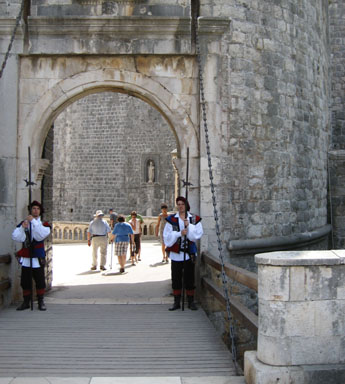 President Bush has selected a career Foreign Service officer to be ambassador to Moscow, and a Hong Kong-based lawyer, businessman, and former Yale classmate, as envoy to China.

The president's choice for ambassador to the Kremlin is Alexander Vershbow, 48, a Russia specialist who is now U.S. ambassador to NATO. He would succeed James Collins, who is retiring from the Foreign Service after almost four years as ambassador in Russia.

Clark Randt Jr., who speaks Mandarin Chinese and was posted at the U.S. Embassy in Beijing in the early 1980s, is to succeed Joseph Prueher, a retired Navy admiral, as envoy to China.

Prueher played a leading role in negotiations that led to the release of the American crew of a U.S. surveillance plane that collided with a Chinese jet fighter and made an emergency landing April 1 on a South China island. He was praised by the White House for his work and reportedly was interested in remaining in the post, but a well-placed U.S. official said Tuesday that Bush intends to name Randt.

Vershbow is fluent in Russian and has headed the Soviet desk at the State Department and the National Security Council. He first served at the U.S. Embassy in Moscow 20 years ago.

His pending appointment was disclosed Tuesday to The Associated Press by a senior U.S. official who requested anonymity.

Vershbow joined the foreign service in 1977 and has been U.S. ambassador to the North Atlantic Treaty Organization for three years. Before that, he was President Clinton's special assistant for Russian and European affairs. Vershbow attended Yale University and Columbia University

Randt, 55, a 1975 graduate of the University of Michigan law school, is a partner with the law firm Shearman & Sterling, specializing in capital markets and direct foreign investment in Asia.

He has represented AT&T, Apple, Chrysler and Johnson & Johnson's direct investment in China.

From 1982-1984, Randt was first secretary and commercial attache at the American embassy in Beijing. He also served as former first vice president and governor of the American Chamber of Commerce in Hong Kong.

He also has experience in Republican politics as a member of the national steering committee for the successful 1988 presidential campaign of Mr. Bush's father, George H.W. Bush.