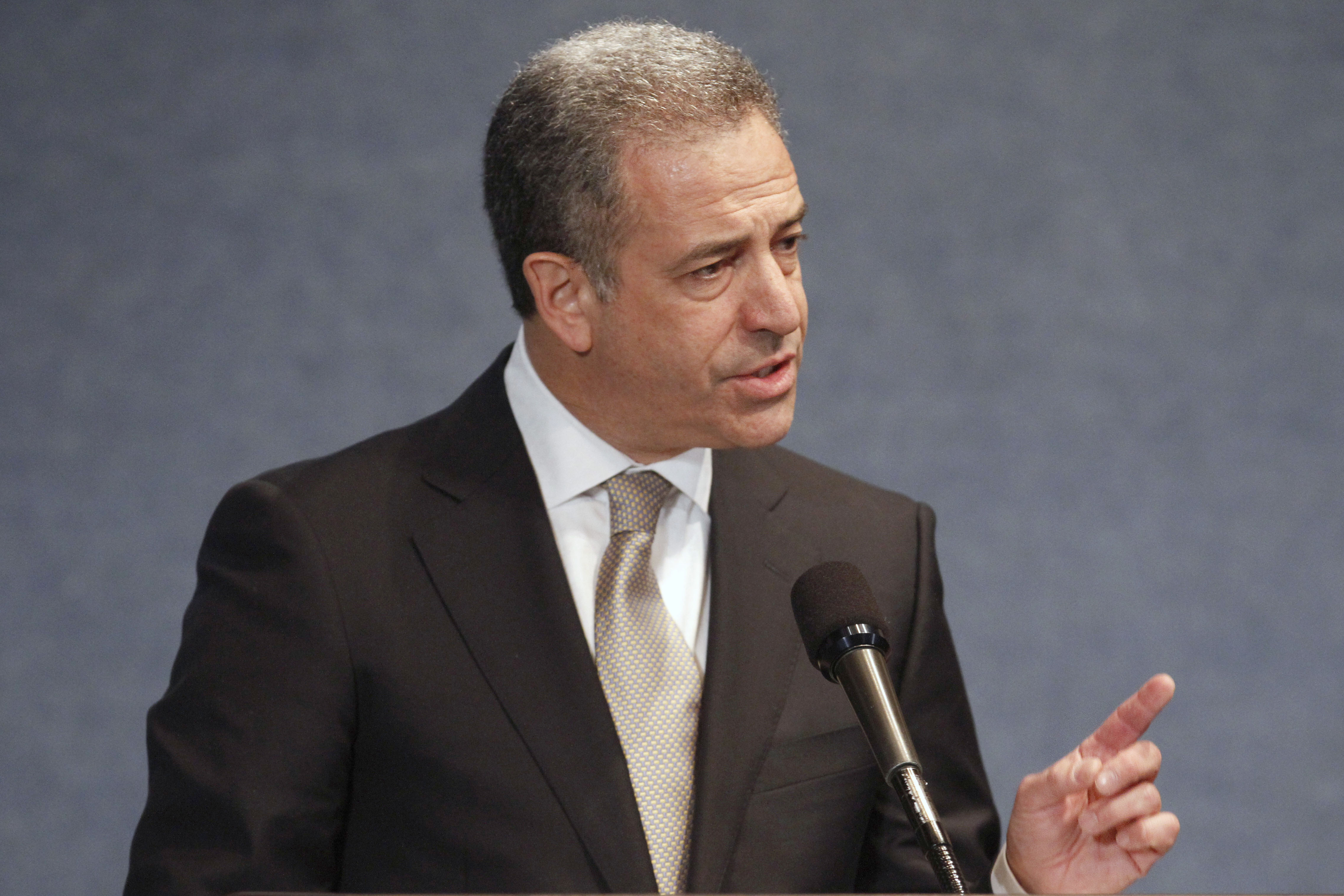 MADISON, Wis. --Russ Feingold announced Thursday he will run to reclaim the U.S. Senate seat he lost five years ago to Republican Ron Johnson, fulfilling the hopes of Democrats who have been pushing for the liberal to return to the political arena.

Feingold said in a 90-second video message obtained by The Associated Press before it was to be sent to supporters that he will run for the seat in 2016. He likely will face the incumbent Johnson, a political newcomer when he defeated Feingold by 5 points in 2010. If successful, Feingold would be only the third senator since 1956 to reclaim a seat.

Feingold, 62, served 18 years in the Senate before losing to Johnson. He sat out the 2012 recall election against Gov. Scott Walker, the race for an open Senate seat that fall, and Walker's recall election in 2014. He will be running in a presidential year, when Democratic turnout will likely be stronger in Wisconsin than it was in the 2010 midterm when he lost.

In the video announcement filmed inside his home near Madison, Feingold said his "desire to serve is stronger than ever" and that he wants to fight to "bring back to the U.S. Senate strong independence, bipartisanship and honesty."

Feingold said he intends to travel the state this summer "listening carefully to my fellow Wisconsinites talk about their concerns, especially when it comes to their economic well-being."

His entry brings Democrats immediate credibility in the race to regain control of the Senate. The GOP has a 54-44 advantage, with two independents who caucus with Democrats.

Feingold's signature legislation during 18 years in the Senate was his co-sponsorship with Republican Sen. John McCain of a campaign finance overhaul. The measure, which came to be known as McCain-Feingold, attempted to limit the influence of special interest money by banning soft money - unregulated donations by corporations, unions and the wealthy.

The key part of that law was overturned by the U.S. Supreme Court's Citizens United decision in 2010.

The liberal Feingold had a record of breaking with the Democratic Party during his years in the Senate. He was the only senator to vote against the Patriot Act, which was enacted after the Sept. 11 terrorist attacks to give law enforcement officials greater authority to tap phones and investigate suspected terrorists. He also opposed President Barack Obama's decision to expand the war in Afghanistan and was the first senator to propose a timetable to exit Iraq.

Feingold was a state senator for 10 years before being elected to the Senate for the first time in 1992.

After his defeat while seeking a fourth term, Feingold wrote a book and taught at the Marquette University Law School, Lawrence University and Stanford University. He formed Progressives United, a political action committee, in 2011, and in 2013 he was appointed as an envoy to Great Lakes region of Africa, a position he left in March.

Johnson's victory over Feingold came in his first run for office. The chief executive of a plastics manufacturer in Oshkosh, Johnson emerged as a speaker at tea party rallies in 2010 and spent more than $8 million on the race to defeat Feingold. He has said he will not self-finance his re-election effort.

Johnson ran as an opponent of the federal stimulus plan. In the Senate, he's been outspoken against President Obama's health care law, even filing a lawsuit challenging the requirement that lawmakers and their staff obtain health insurance through the exchanges.

Johnson was among 47 Republican senators who signed a letter to Iranian leaders in March raising doubts about Obama's nuclear negotiations. Johnson defended the letter, but also said he regretted that it wasn't sent as an open letter addressed to no one rather than to Iranian leaders.