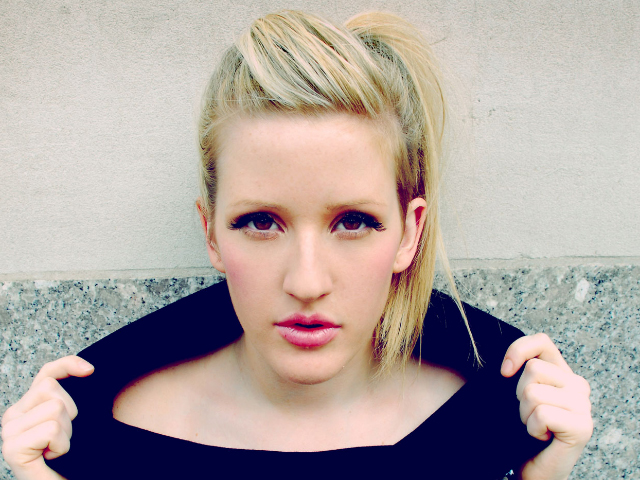 Already a royal breakout star in the U.K., singer-songwriter Ellie Goulding is making waves on both sides of the Atlantic.

Following a personal invitation by Prince William and Kate Middleton to perform at their royal wedding this past spring, she is taking the U.S. by storm with her album, "Lights."

Taking a short break from her stateside headlining tour, Ellie stopped by "The Early Show on Saturday Morning" for our Second Cup Cafe feature to perform the title track from her debut album, as well as Elton John's "Your Song," which she performed for the hip, royal couple who love music from both sides of the pond.

The 24-year-old pop star took it upon herself to learn guitar and master her singing, which paid off for her in the long run. Her music has been classified as "sweet, sexed-up folktronica" by Rolling Stone magazine.

"I'm not afraid of pop or electronic music," Goulding says in her official bio, "but I also wanted the album to embrace my love for folk music, not just by my playing guitar on it, but by writing about things that have truly affected me. I wear my heart on my sleeve and am aware of how I'm feeling all the time, so it's impossible for me to write words that are contrived or meaningless."

While she's originally from the city of Hereford (a cathedral city about 16 miles east of the Welsh border) where she was raised with her three siblings, Goulding soon became a country bumpkin at the age of 5 after her parents divorced. She moved to the tiny rural village of Lyonshall with her mother and her mother's new boyfriend. It wasn't an easy transition at first, but it soon became one she loved and embraced through her music.

How was she discovered?

According to Goulding, she was discovered while studying Politics, English, and Drama at the University Kent in Canterbury, where she first mustered up the courage to perform onstage after winning a university talent competition.

Soon after that, she was landing gigs in London and was in search of a producer. Fortunately, she didn't have to look very far. She discovered Vincent Frank, a British electro-pop musician and producer who goes by the name "Frankmusik," and got in touch with him via MySpace.

"He listened to my demos and really loved them, so we started working together and writing more songs," she says. "I began getting more gigs and that's when I realized I wanted to drop out of university to focus on music."

Since then, she's gotten the royal seal of approval - not to shabby for a university dropout!

Goulding's North American tour named, "The Lights Tour" began July 23 in Atlanta and will wrap up in late August.