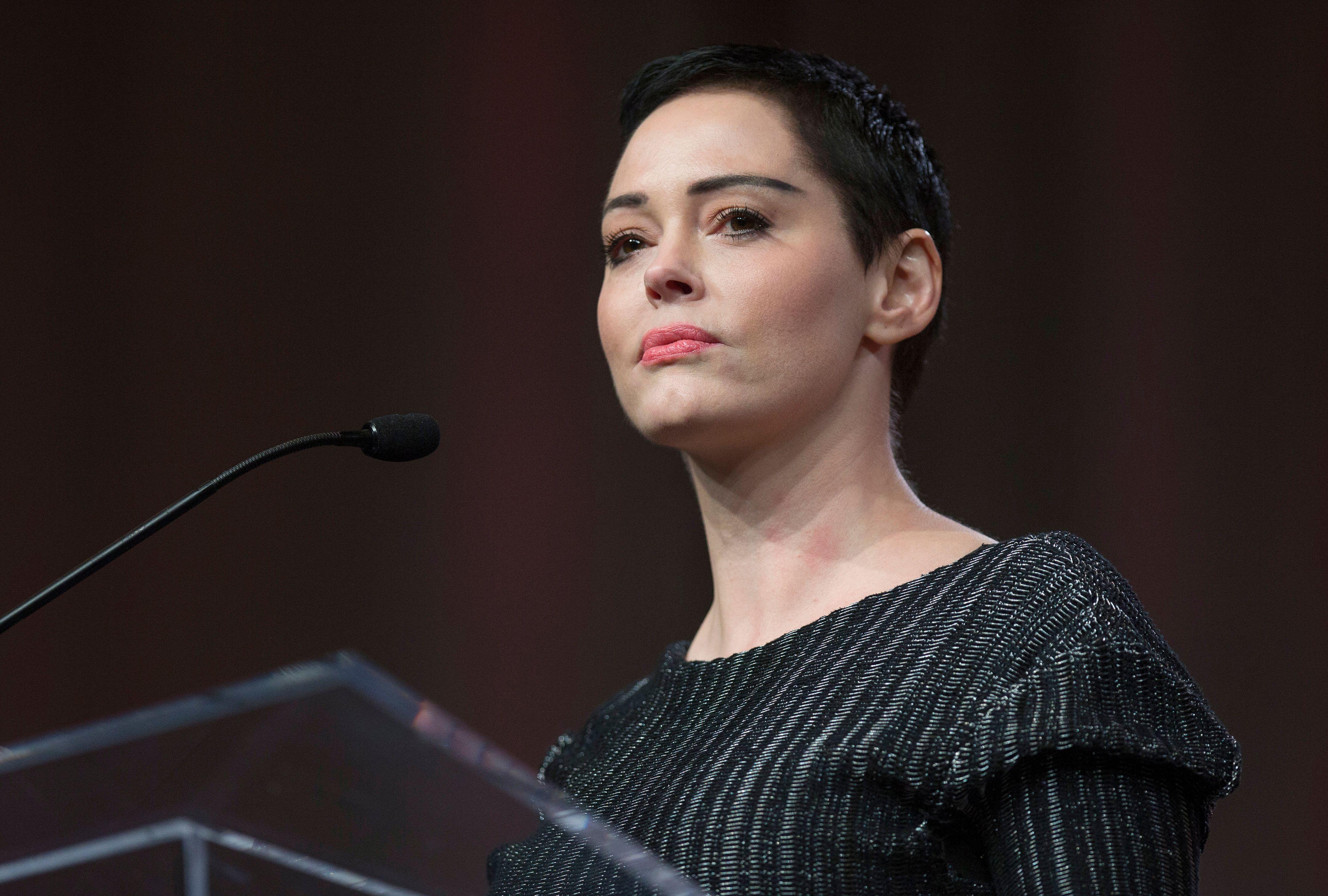 Rose McGowan is speaking out about disgraced Hollywood mogul Harvey Weinstein's surrender to New York police to face charges stemming from a probe by the Manhattan district attorney's office into allegations of sexual abuse. Weinstein was charged Friday with rape, criminal sex act, sex abuse and sexual misconduct for incidents involving two women, the NYPD said in a statement. He pleaded not guilty. McGowan has been arguably the most vocal of Weinstein's alleged victims; she has publicly accused him of rape.

McGowan also referenced her own experience and said of Weinstein, "He had the nerve to walk in the Women's March down the street at Sundance where he raped me."

The actress and Kelly said they believe that vocal women like McGowan "shamed Cy Vance," the Manhattan district attorney, into bringing the charges against Weinstein after Vance was accused of dragging his feet and not pursuing previous allegations.

McGowan talked about the terror of working in Hollywood after her alleged rape. She called Weinstein "the cult leader of Hollywood" and "their king" and said he was a "constant shadow" who followed her around because he was so present on TV and in other media. McGowan said, "He was the dominant figure."

McGowan said of the moment she saw Weinstein in handcuffs, "It's surreal. It's real. It's both ... To see him in cuffs on the way out, whether he smiled or not," McGowan paused. "That's a very good feeling."

The actress said she never wants to see Weinstein again, but if she did, she would tell him, "We got you."

The New York Times reported that in 1997, Weinstein reached a $100,000 settlement with McGowan, who was then 23, after an episode in a hotel room during the Sundance Film Festival. Weinstein said the settlement was not an "admission" but was reached to "avoid litigation and buy peace," according to the legal document. McGowan later tweeted: "HW raped me." Weinstein's rep denied the allegation.

A New Yorker article reported that Weinstein used a team of lawyers and private investigators, including former Israeli intelligence officers, to subvert and intimidate McGowan and other accusers.