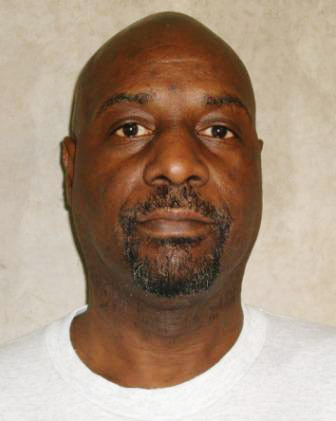 OKLAHOMA CITY - Oklahoma on Tuesday executed a man convicted of raping and murdering two elderly women in the 1980s.

Ronald Clinton Lott, 53, was pronounced dead at 6:06 p.m. Tuesday after he was given a lethal injection at a state prison in Oklahoma, state Department of Corrections spokesman Jerry Massie said.

Lott was convicted of raping and killing Anna Laura Fowler, 83, in 1986 and Zelma Cutler, 90, in 1987 in their Oklahoma City City homes. DNA evidence linked him to the crimes.

He made no final statement, Massie said.

"Ronald Lott was sentenced to death by a jury of his peers for the heinous and unconscionable acts he committed against Anna and Zelma in their homes," Attorney General Scott Pruitt said in a statement.

According to Oklahoma criminal appeals court records, evidence presented at trial suggested Lott attacked the women and sat on their chests, breaking their ribs. Both had numerous bruises and were asphyxiated.

Another man, Robert Lee Miller Jr., had originally confessed to the rape and murder of the two women and served 11 years, seven on death row, before DNA evidence led authorities to Lott. Miller was released in 1998.

In Missouri, state officials asked the Supreme Court on Tuesday night to lift a federal appeals court stay and allow them to proceed with the execution of Allen Nicklasson, scheduled for Wednesday.

Nicklasson, 41, is arguing that his lawyers were ineffective. An Eighth Circuit U.S. Court of Appeals panel on Monday stayed his execution and the full Eighth Circuit on Tuesday denied a Missouri request to rehear the decision.

Nicklasson was found guilty of murder for the August 1994 shooting of motorist Richard Drummond, who stopped on a highway to help Nicklasson and two others whose car had broken down.

The three had stolen guns and ammunition in a home burglary before their vehicle broke down. When Drummond stopped to offer them a ride, the men abducted him, took him to a wooded area and shot him in the head, according to court records.

One of the killers, Dennis Skillicorn, was executed in 2009. The third person, Tim DeGraffenreid, who was 17 at the time, pleaded guilty to second-degree murder and received a reduced sentence.

Nicklasson and Skillicorn were also convicted of killing an Arizona couple while on the run after killing Drummond.

Nicklasson had been scheduled to die October 23, but Missouri Governor Jay Nixon halted the execution due to broad criticism over the state's planned use of the drug propofol, widely used as an anesthetic in medical procedures.

The case is one of many caught up in a national debate over what drugs can or should be used for executions, as capital punishment opponents pressure pharmaceutical companies to cut off supplies of drugs for executions.