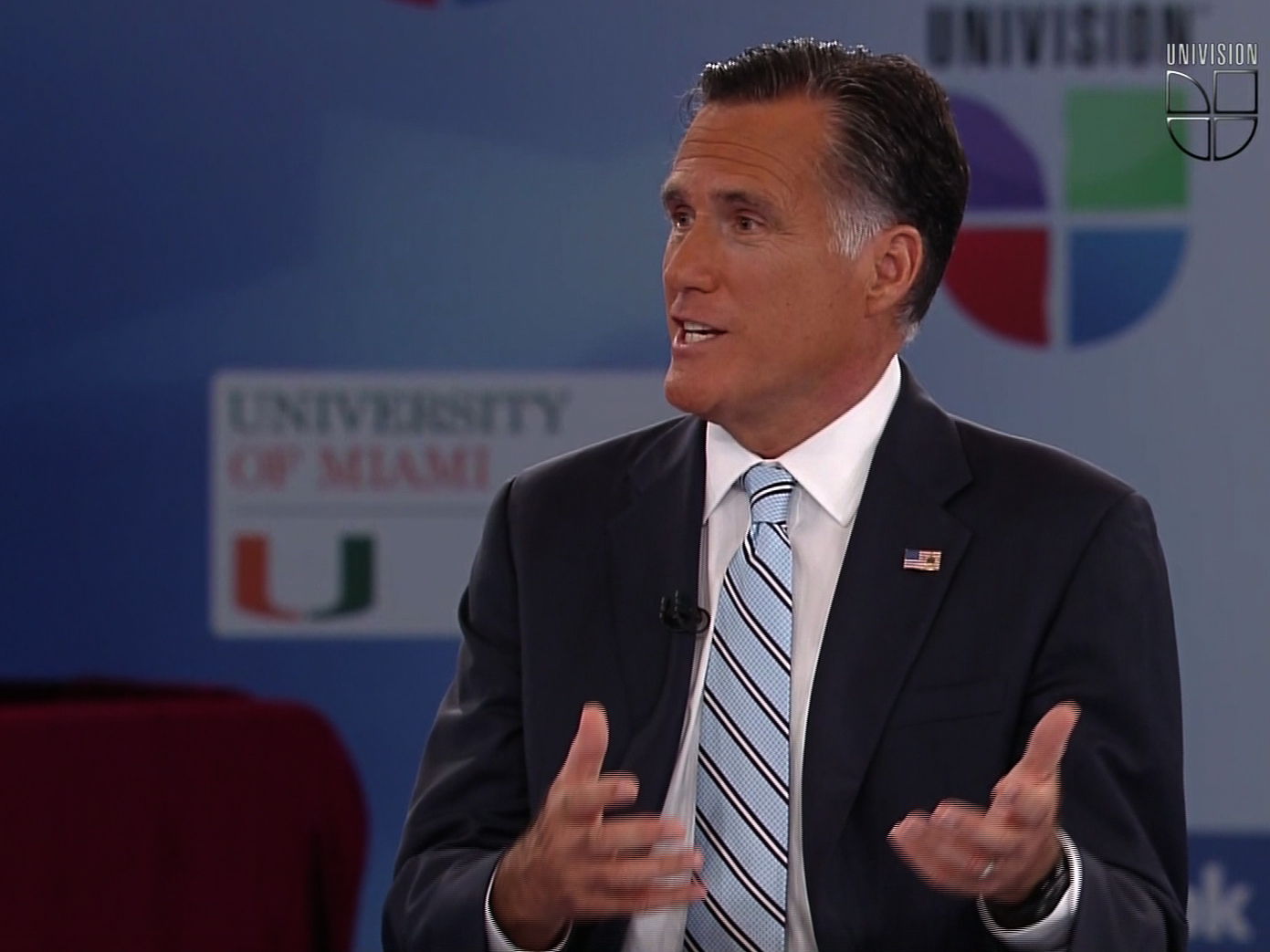 Mitt Romney softened his stance on one of President Obama's immigration directives allowing certain undocumented immigrant youth to stay in the U.S. legally.

In an interview with The Denver Post Monday, Romney said he would not reverse an executive order issued by President Obama that would allow children of illegal immigrants to obtain a visa, permitting them to live and work in the U.S. legally for two years, if they meet certain criteria.

"The people who have received the special visa that the president has put in place, which is a two-year visa, should expect that the visa would continue to be valid. I'm not going to take something that they've purchased," Romney said. "Before those visas have expired we will have the full immigration reform plan that I've proposed."

Months after the president issued the directive, Romney's admission that he would not reverse the executive order as president clarifies his position on the issue.

When asked by "Face the Nation" host Bob Schieffer in June if he would repeal the order, Romney said, "Well, let's step back and look at the issue," declining to give a straight answer. At the time, Romney also called the president's decision partly political.

"It's not really showing a huge amount of courage to give a confusing answer on an issue that's been around for more than 100 days," Obama spokesperson Jen Psaki said Tuesday.

The president's directive, which he ordered in June, is a way to circumvent Congress' stalemate over the DREAM Act, legislation that would give legal status to children of illegal immigrants who obtain higher education or join the military. Romney has supported the military component of the legislation but not the part involving education.

This is not the only issue involving immigration where Romney has softened. During the Republican primary he said he supported self-deportation, making laws so stringent that immigrants are driven out. He has not used the term since he clinched the Republican nomination. He now says he supports bolstering legal immigration, especially for highly-skilled workers, and securing the border.

According to numerous polls, the president is winning among Latino voters by more than 30 points.

Romney spoke to the Denver Post before a campaign rally in Colorado, where he is spending time preparing for Wednesday night's presidential debate.

In response to the news of Romney's new policy position, Obama campaign spokeswoman Jen Psaki on Tuesday said Romney's interview with the Denver Post "raised more questions about what exactly is the policy would support."

"It's not really showing a huge amount of courage to give a confusing answer on an issue that's been around for more than 100 days," she said, noting that the president signed the executive order in question more than 100 days ago.