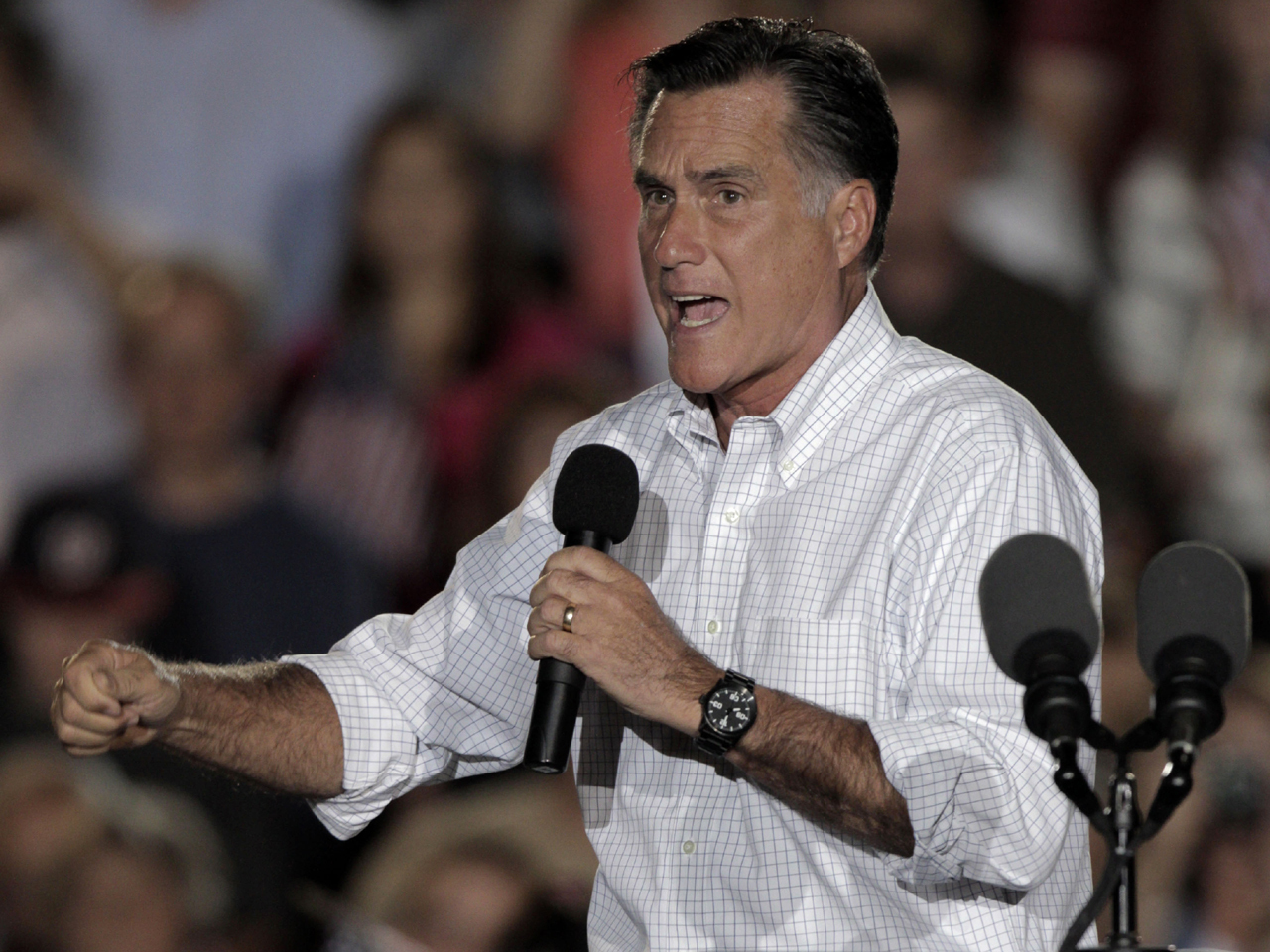 (CBS News) Romney is trying to get back on his economic message after a week his own advisers describe as "terrible." At a rally outside Denver last night, Romney had a laser-like focus on the issue he's built his entire campaign around -- the economy and jobs -- and came out swinging at the president.

Campaigning in the swing state of Colorado, Romney remained fixed on the economy, and his message grew more forceful and specific. "They don't understand small business, I do, not because I studied it, but because I lived it," Romney told supporters. "You have to be in business to understand how to create jobs."

He's looking to put last week behind him. On the campaign plane Sunday night to Denver, Romney told reporters he was buckling down, flatly rejecting suggestions the race may be slipping away.

"We just keep on battling forward with our message," he said. "I don't pay a lot of attention to the day-to-day polls. They change a great deal."

But those polls now show President Barack Obama on the rise in key battleground states. In Colorado, the latest CBS News poll shows the president has overtaken Romney and now leads by one point, 48 to 47.

Romney is launching a bus tour in another swing state, Ohio, where he'll be met with a new ad hitting him for the now notorious "47 percent" remarks from a May fundraiser.

Democrats have also seized on Romney's tax rate. In an interview on "60 Minutes," Romney commented on his tax rate. "60 Minutes" correspondent and "CBS Evening News" anchor Scott Pelley said, "Now you made, on your investments, personally, about $20 million last year. And you paid 14 percent in federal taxes. That's the capital gains rate. Is that fair to the guy who makes $50,000 and paid a higher rate than you did?"

Romney said, "It is a low rate. And one of the reasons why the capital gains tax rate is lower is because capital has already been taxed once at the corporate level, as high as 35 percent."

Asked if he thinks it's fair, Romney said, "Yeah, I think it's the right way to encourage economic growth, to get people to invest, to start businesses, to put people to work."

Democrats have continued their attempts to make an issue out of Romney's tax rate. For his part, Romney said on the campaign plane Sunday that he thinks some of those personal attacks have been effective.