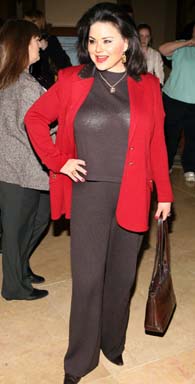 "The investigation will continue with respect to the alleged involvement of Bill Romanowski," the district attorney's office said,

The charges allege Julie Romanowski, Dr. Randall Shook, and Loretta Johnson and Glen Schmelter who are friends of the Romanowskis engaged in a conspiracy to obtain the diet drug Phentermine. The four were ordered to appear in court Dec. 17.

Drug experts are divided on the effects of the drug, some saying it would be of little or no use to athletes wishing to enhance their performance. Others say it could aid by speeding up the metabolism.

Lawyers representing the All-Pro linebacker have denied he violated any laws.

Sheriff's investigators said Snook wrote eight prescriptions for Phentermine for Julie Romanowski and Johnson between September 1998 and last August. They said they were investigating whether the drugs were meant for Bill Romanowski.