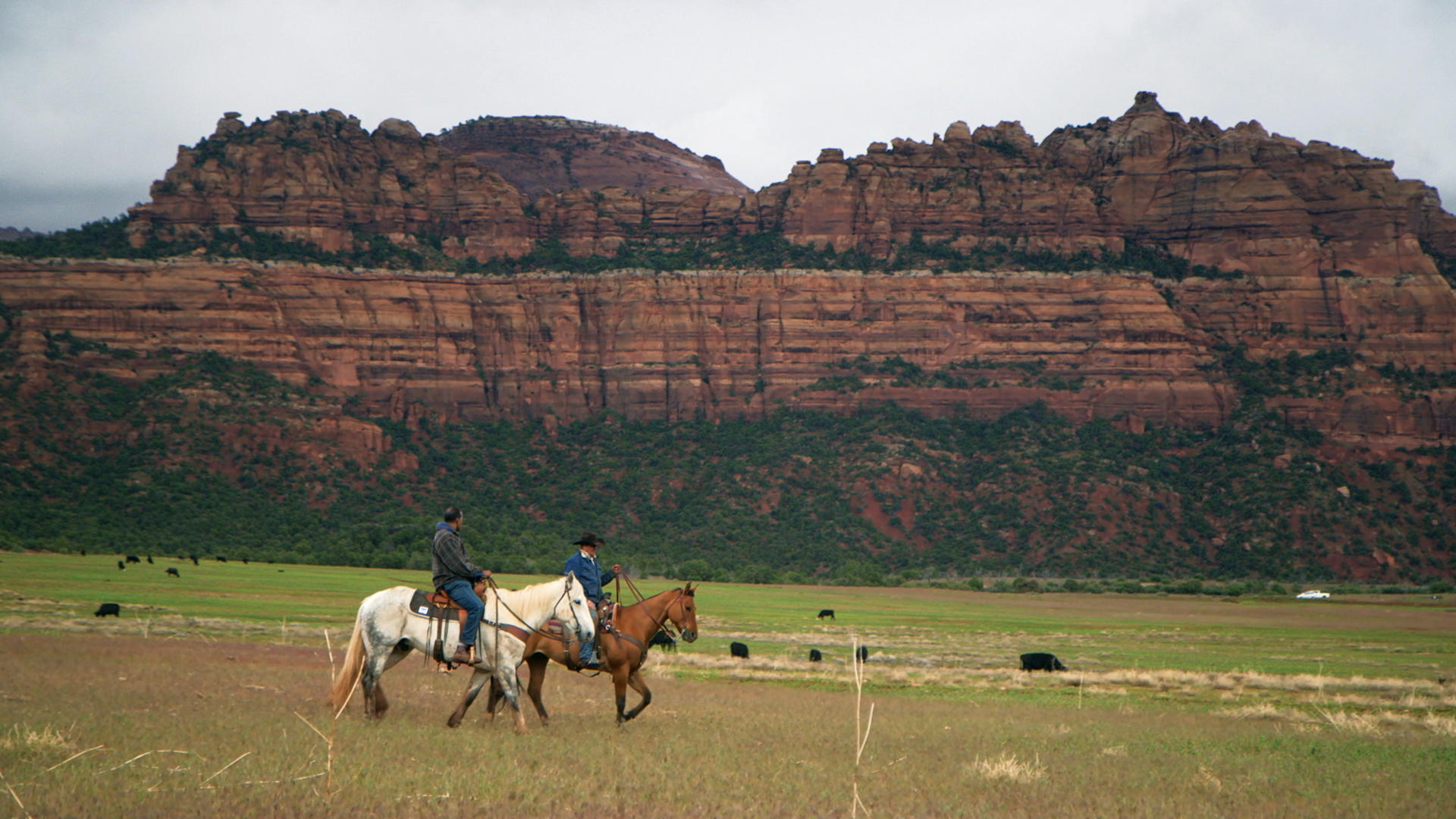 When correspondent Bill Whitaker set out to report on saddle bronc for this week's 60 Minutes, his first stop was a stable in New York City for a few hours of research in the saddle.

"You can't do a story about cowboys riding horses without riding a horse," Whitaker told 60 Minutes Overtime. "So I had to get prepared."

Whitaker's horseback riding lessons paid off—for the most part. He was able to interview Bill Wright, patriarch of a family that dominates saddle bronc events around the country, while riding a horse on the family's scenic ranch at the foot of Zion National Park. But as he rode, Whitaker's left hand clutched the horn of his saddle, betraying him as a novice.

"Any real cowboy would never do that," he said.

Living a lifestyle straight out of the old west, the Wrights are a family of real cowboys—nine professional saddle bronc riders, with five world rodeo titles among them.

Saddle bronc riders learn how to move in rhythm with horses that have specially been bred to buck. The event is not about how long a rider can stay on the horse; each ride lasts just eight seconds. In that time, a cowboy is judged on his technique, the style of his ride, and on the quality of the horse's bucking.

Cody Wright, who began the family saddle bronc dynasty two decades ago, is a two-time world champion and one of the best bronc riders in rodeo history. He told Whitaker he thinks of himself not just as a cowboy—but also an athlete. Watching Cody ride in slow motion, it is easy to see why.

"A really good rider will make it look like eight smooth seconds," Whitaker said. "And that's the difficulty of it and the beauty of it."

Whitaker's report on saddle bronc was not his first rodeo story; in 2015, he filed a report on bull riding for 60 Minutes Sports. No matter if it is a bronc or bull that is bucking wildly for eight seconds, riders can leave the ring with a host of injuries—but that does not seem to deter the Wrights.

"These cowboys are tough," Whitaker said. "And they love it. There's almost nothing that will stop them from getting back up on that horse."

Growing up between two World Wars and living past 99