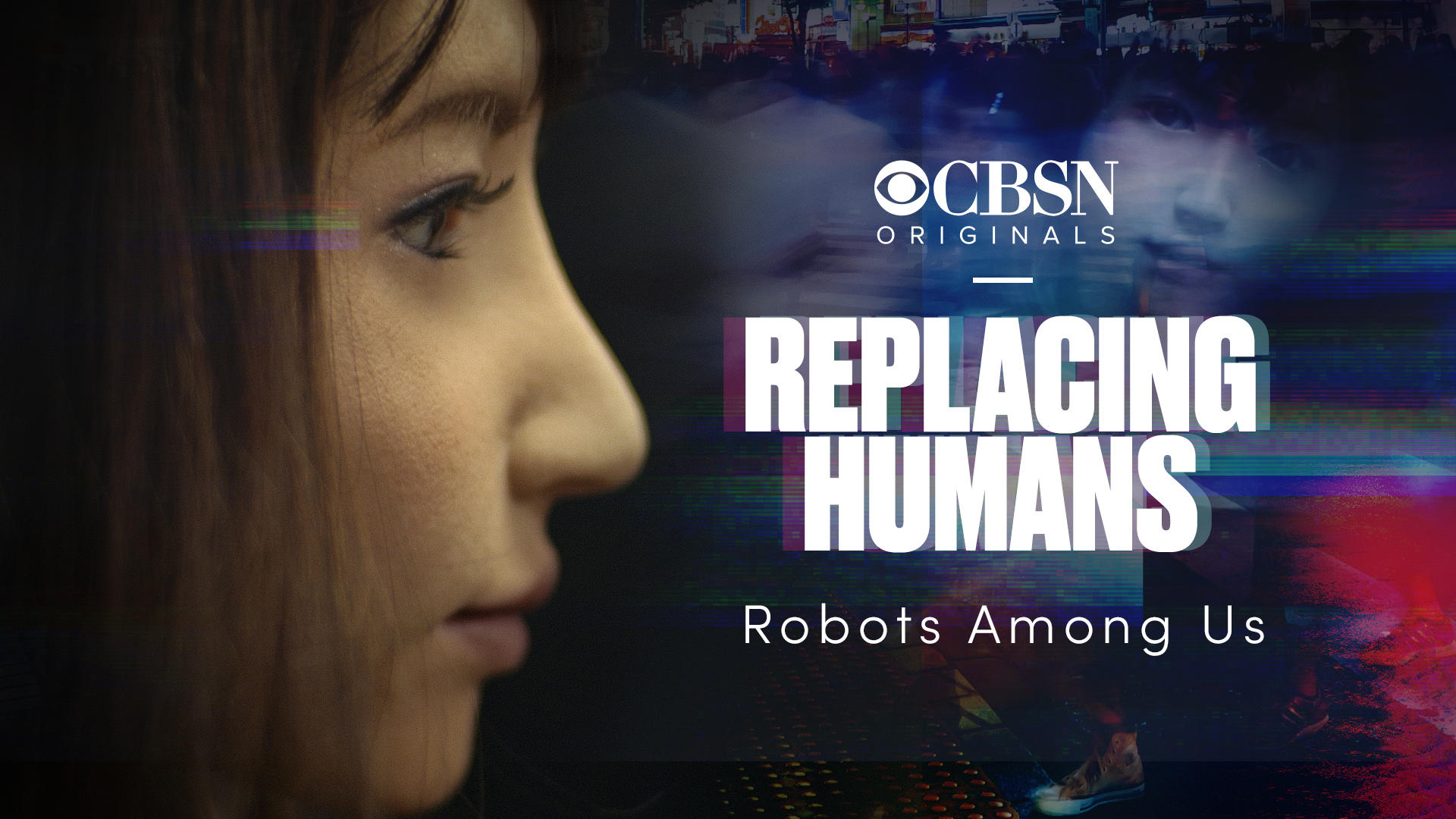 "Anything you can do I can do better. And faster and cheaper." It's an enticing promise from a TV news announcer named Erica -- who happens to be a robot.

She's emblematic of a new generation of robotic technology that's being developed to supplement, or in some cases replace, the work of humans. Unlike the industrial robots that took over factory jobs in decades past, these robots have a more human touch and can interact with people in ways previously imagined only in science fiction.

CBS News' Adam Yamaguchi traveled to Japan to see why that country is on the leading edge of robot development.

"I think it's fair to say that Japan is a strange, exotic and quirky place, where you see things you won't encounter anywhere else," he says.

But that's not the only reason robots are big here. It also has a lot to do with an aging and declining population.

At the same time, younger people are having fewer children or none at all. Some leaders and academics express alarm at a growing number of young men who've reported little or no interest in sex. According to recent studies, nearly one-third of Japanese men entering their 30s are still virgins.

Some studies project that in 50 years, Japan's population will be down to half of its current numbers, a trend unprecedented in modern history. The government is attempting to increase birth rates with financial incentives, and it's opening up to migrant labor in ways the insular island nation has traditionally resisted. But technology is also part of the solution.

While human birthrates have stagnated, robot reproduction is rapidly increasing. Already home to the biggest robot population in the world -- over 340,000 -- future projections are staggering: by 2025, Japan will be home to over 3 million robots.

Already, they are being incorporated into everyday life in ways you might not expect.

Robots at your service

In a country with a shrinking workforce, service jobs like hotel clerks and cleaning staff are ripe for a robot revolution.

At the Henna Hotel -- which translates as the "weird" hotel -- a friendly-looking female robot and, oddly, a talking dinosaur staff the front desk. Automated window-washers and vacuum cleaners keep the place spotless. Robots do everything from landscaping to carrying luggage to mixing drinks.

"During my stay, I didn't see a single person working here because everything is automated," Yamaguchi observed.

Sometimes instead of replacing humans, robots help them keep working. At a logistics facility in Osaka, a 57-year-old employee dons a robotic exoskeleton to help him meet the physical demands of the job: lifting and hauling heavy loads that look like they would wear out a man half his age.

"When I didn't have this exoskeleton suit I used to have back pain and there was so much pressure on my legs," he said. "It was very difficult to do my job. But now with this technology, I hardly have any back pain anymore. I only need to exert half as much strength to do the job now."

He had been on track to retire at age 60, but with the help of the exoskeleton he figures he can stay in the workforce until he's 65 or even older.

For the elderly beyond their working years, another need arises. There aren't enough workers to meet the demands of the skyrocketing number of elderly people needing care and companionship.

That's where Paro comes in. Paro is a cute but highly sophisticated robot that's become a familiar face in nursing homes across the country. Paro looks like an adorable baby seal and reacts to sound and touch just like a living, breathing pet -- eliciting emotional responses from their elderly friends. Residents know it's a robot but make a deep connection just the same.

Paro's creator says the interaction has been shown to improve levels of pain, anxiety and depression and reduce stress compared with other groups without the cuddly robot.

Pepper, the world's first commercially available social robot, comes with a cool $20,000 price tag. Tomomi Ota, 31, one of the early adopters, seems to think it's worth the price.

"I've been living with Pepper for two years so it's really normal that Pepper is here with me. In fact, if Pepper is not here I'll ask, 'Where is Pepper today?' It's so natural that Pepper is by my side," she said.

She takes Pepper out for walks and sits the robot down for meals with the family.

Yamaguchi reports, "Here in Japan, robots are seen as more than just a tool or utility. The people are uniquely acculturated to forming emotional connections and bonds with their mechanical companions. The Japanese believe that inanimate objects are imbued with a soul."

Pepper's cohorts are also gaining a foothold in the U.S. Just last week, the Smithsonian Institution in Washington, D.C. introduced its first Pepper robots to the public. The 4-foot-tall interactive bots, donated by Softbank Robotics, will be stationed at popular museum sites to answer visitors' questions, play games and pose for selfies. But robot utopia is still a ways off. For now, the Smithsonian notes that Pepper will only be able to respond with a limited number of pre-scripted answers, and does not have natural conversation abilities.

The work of Dr. Hiroshi Ishiguro, known as the godfather of humanoids, helped make that connection possible. He's spent years developing ever-more-lifelike robots, including one that looks remarkably like himself.

He envisions a world in which humanoids can substitute for humans in any role, and in which such creations are perceived just like humans.

Dylan Glaas, an American engineer, came to Japan because he knew the country was ready to embrace robots on an entirely new level. Gesturing towards a robot with an uncanny resemblance to an attractive young woman, he noted that just looking human is not enough. Robots also need to be able to behave and react in ways that seem natural.

"I've created her perception of the world. She can also recall back -- 'Remember when we did that?' Things like that," he said.

"Obviously I know she's not a person," he said, but then again, "When she does things well, I'm kind of proud of her."