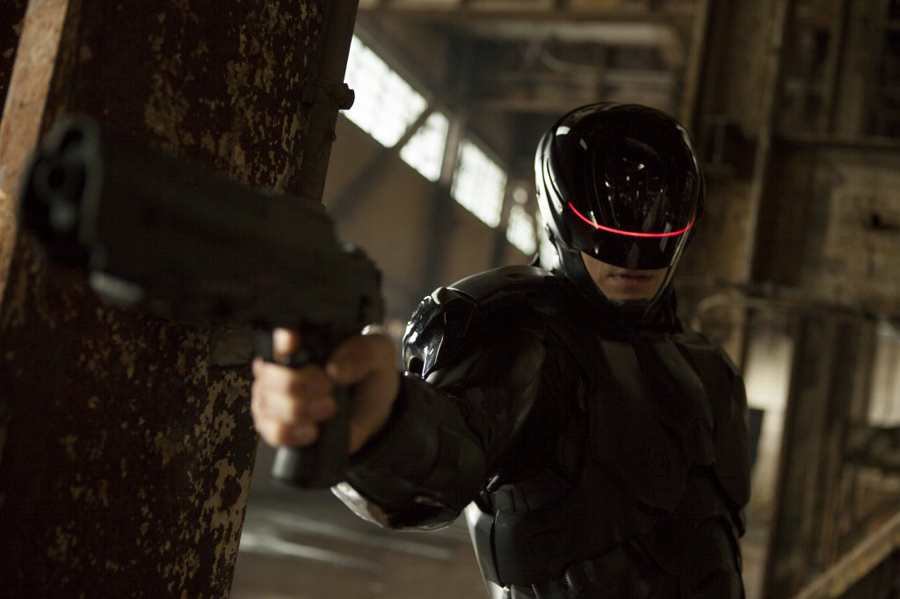 The "RoboCop" suit has been given an extreme 21st-century makeover, as seen in the first trailer released for the upcoming remake.

Joel Kinnaman (AMC's "The Killing") is stepping into the role first made famous by Peter Weller in the 1987 original.

Kinnaman plays Detroit police officer Alex Murphy, who gets turned into a crime-fighting cyborg following a near-fatal attack on his life.

Jay Baruchel, Abbie Cornish, Gary Oldman, Michael Keaton and Samuel L. Jackson can be spotted in several scenes in the new trailer, but perhaps what stands out the most is the modernized RoboCop suit -- now black in color instead of metallic blue and much sleeker than the 1980s design.

The remake's director, Brazilian filmmaker Jose Padilha, seems intent on making his "RoboCop" stand out from its predecessor.

Ever since the trailer made its debut, fan reaction to the updated suit has been mostly negative on social media, with many poking fun at the costume on Twitter:

Tell us: What do you think of the updated "RoboCop"?