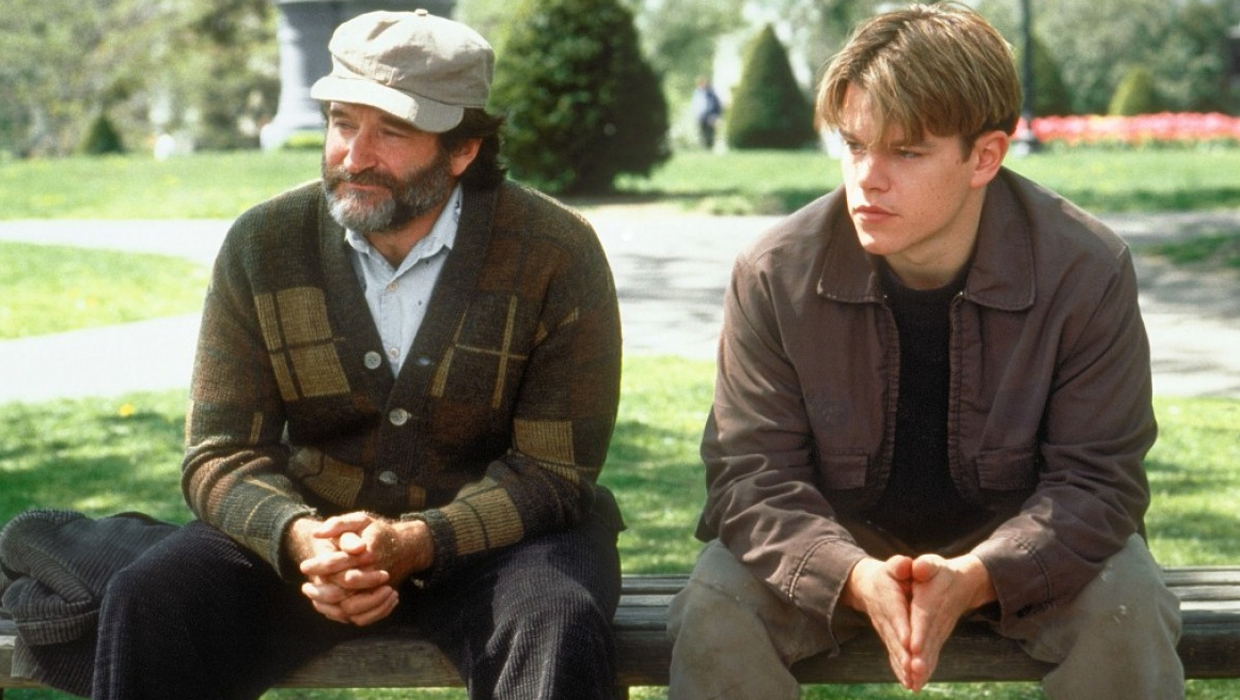 The location where Robin Williams delivered a memorable monologue in "Good Will Hunting" has been turned into an impromptu memorial site for the late Hollywood icon.

Several fans gathered Monday night in Boston's Public Garden to leave flowers and messages at a park bench where Williams and his "Hunting" co-star Matt Damon once sat together in a scene from Gus Van Sant's 1997 acclaimed drama.

Several of Williams' quotes from the film, including "Sorry guys, I went to see about a girl" and "Your move chief," could be seen written in chalk next to the bench.

An image of the memorial was posted on Twitter by fan Nicholas Rabchenuk, who told The Hollywood Reporter that he and several others put the makeshift tribute together after hearing of Williams' death Monday. The veteran actor's body had been found earlier in the day in his Tiburon, California, home after he apparently committed suicide. He was 63.

Williams won a best supporting actor Oscar in 1998 for his performance in "Hunting" as the practical psychologist Dr. Sean Maguire. Williams improvised much of his dialogue, including his character's final words in the film, "Son of a bitch. He stole my line."

It was the only Academy Award Williams would land during his career. He had previously scored nominations for 1988's "Good Morning, Vietnam," 1990's "Dead Poets Society" and 1992's "The Fisher King."

Rabchenuk says he hopes more memorials pop up at other famous locations from Williams' films.