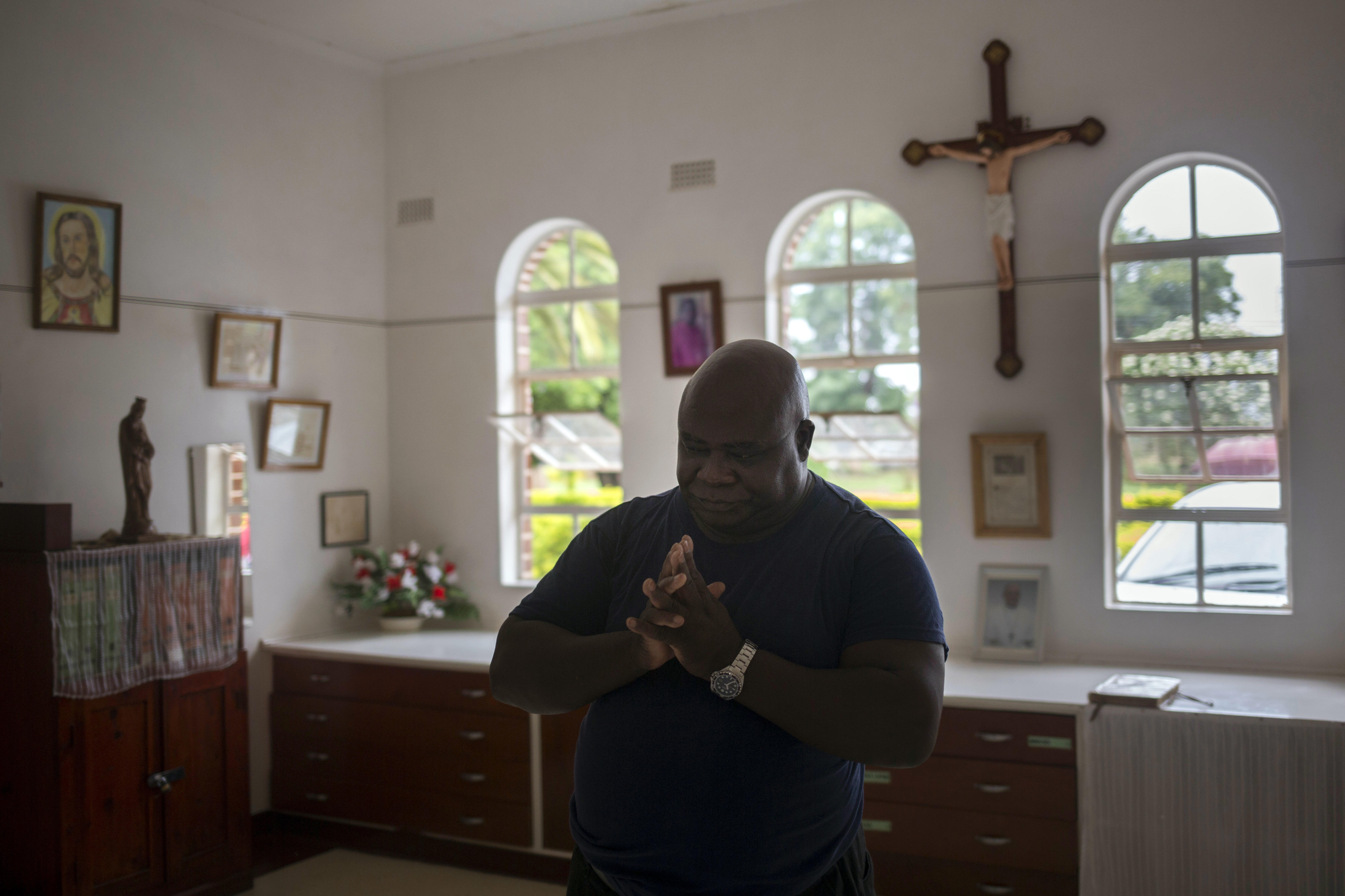 CHISHAWASHA, Zimbabwe -- Zimbabwe's former President Robert Mugabe knew it was "the end of the road" days before he quit, and appeared relieved when he signed his resignation letter after 37 years in power, a Catholic priest who mediated talks leading to his ouster said Sunday.

Fidelis Mukonori, who has known Mugabe for decades, said in an interview with The Associated Press that Mugabe, under immense pressure in his final days as president, wanted a gradual and "smooth" transition of power to Emmerson Mnangagwa, the vice president he had recently fired and who is now Zimbabwe's new leader.

Mukonori said Mugabe had to resort to "Plan B" -- an immediate resignation -- after Mnangagwa did not return from exile in South Africa at Mugabe's request.

Speaking to BBC News, Mukonori said Mugabe will continue to have a role to play in Zimbabwean politics, providing "advice" as an elder statesman to his successor. "In the African world, senior citizens are there for advice," Mukonori said.

The Associated Press interview at the Chishawasha mission church east of Harare, the capital, revealed some of the behind-the-scenes maneuvering at the frantic end of Mugabe's rule, which began with promise after the end of white minority rule in 1980 and unraveled under pressure from virtually all sectors of a society worn down by economic decline, government dysfunction and restrictions on basic freedoms.

Events moved quickly after the military deployed troops in Harare on Nov. 14. The 93-year-old leader resigned a week later, and Mnangagwa was inaugurated Friday in a joyous ceremony attended by tens of thousands of people yearning for change.

While Mugabe had realized several days before his resignation that he couldn't stay on as president, he clung to the idea that he could remain in his post at least until a ruling party congress next month to ensure a "smooth handover," Mukonori said.

In a televised address on Nov. 19, Mugabe shocked many Zimbabweans who had expected him to announce his resignation by instead saying that he would preside over that congress, even though the ruling ZANU-PF party had fired him as party leader just hours before.

"I sympathize with the people in the street. They didn't know what was happening," Mukonori said. "The man had already realized that this is the end of the road."

Mugabe was unable to control the terms of his exit after a lifetime of exercising the deft political skills and outright ruthlessness that kept him in power for so long. He had lost his grip on the ruling party, where factional feuding reached a boiling point with the dismissal of Mnangagwa and the open ambitions of Mugabe's wife, Grace, to take over from her husband in a dynastic succession that many Zimbabweans found abhorrent.

The military said it intervened to target "criminals" around Mugabe, and Mukonori focused on talks with generals aimed at resolving the political crisis, shuttling among the president's private residence, the presidential office at State House and military barracks.

Mnangagwa, who has close ties to the military and had fled Zimbabwe, was the "one figure missing" in the talks, Mukonori said. Hours before Mugabe's Nov. 19 speech, the priest said, Mugabe spoke to Mnangagwa for 10 minutes by telephone and implored his former deputy to return, saying: "'Emmerson, come back now, now, now. Let's deal with this issue.'"

Mugabe "had to change his mind because Emmerson did not turn up," said Mukonori, who worked with several other mediators in the government.

The next day, Mnangagwa said publicly that he could not return to Zimbabwe because he feared for his life and urged Mugabe to resign immediately. On Tuesday, Zimbabwe's parliament began impeachment proceedings against Mugabe, who called Jacob Mudenda, the parliamentary speaker, to say he wanted to resign.

The president worried, according to Mukonori, that "'they think I'm now resigning in order to stop the meeting, as if I have something to hide.'"

When Mugabe finally signed his resignation letter, he had an expression of relief, as though to say, "'It's done,'" the priest said.

Grace Mugabe, 52, had a peripheral role in the talks leading to her husband's resignation, only participating "when it was necessary for her to come, when she was called," Mukonori said. On one occasion, she told an inquiring Mugabe that she was not involved in a statement critical of the military that has landed two leaders of the ruling party's youth league in jail.

The mediator said Grace Mugabe is "aware" of her role in triggering the momentous events in Zimbabwe but doesn't believe it is "all" her fault.

A smiling Grace Mugabe is pictured with her arm around her husband's shoulder in a photo with two former Namibian presidents who were in Harare for the new president's inauguration on Friday. Robert Mugabe, though invited by Mnangagwa, did not attend the swearing-in, according to Mukonori.

Zimbabwean ruling party officials have assured Mugabe that he won't be prosecuted and that "his family is safe," according to a senior party official, Lovemore Matuke. Mukonori didn't discuss the details of any guarantees.

The priest chuckled when asked whether Mugabe will stay in Zimbabwe.