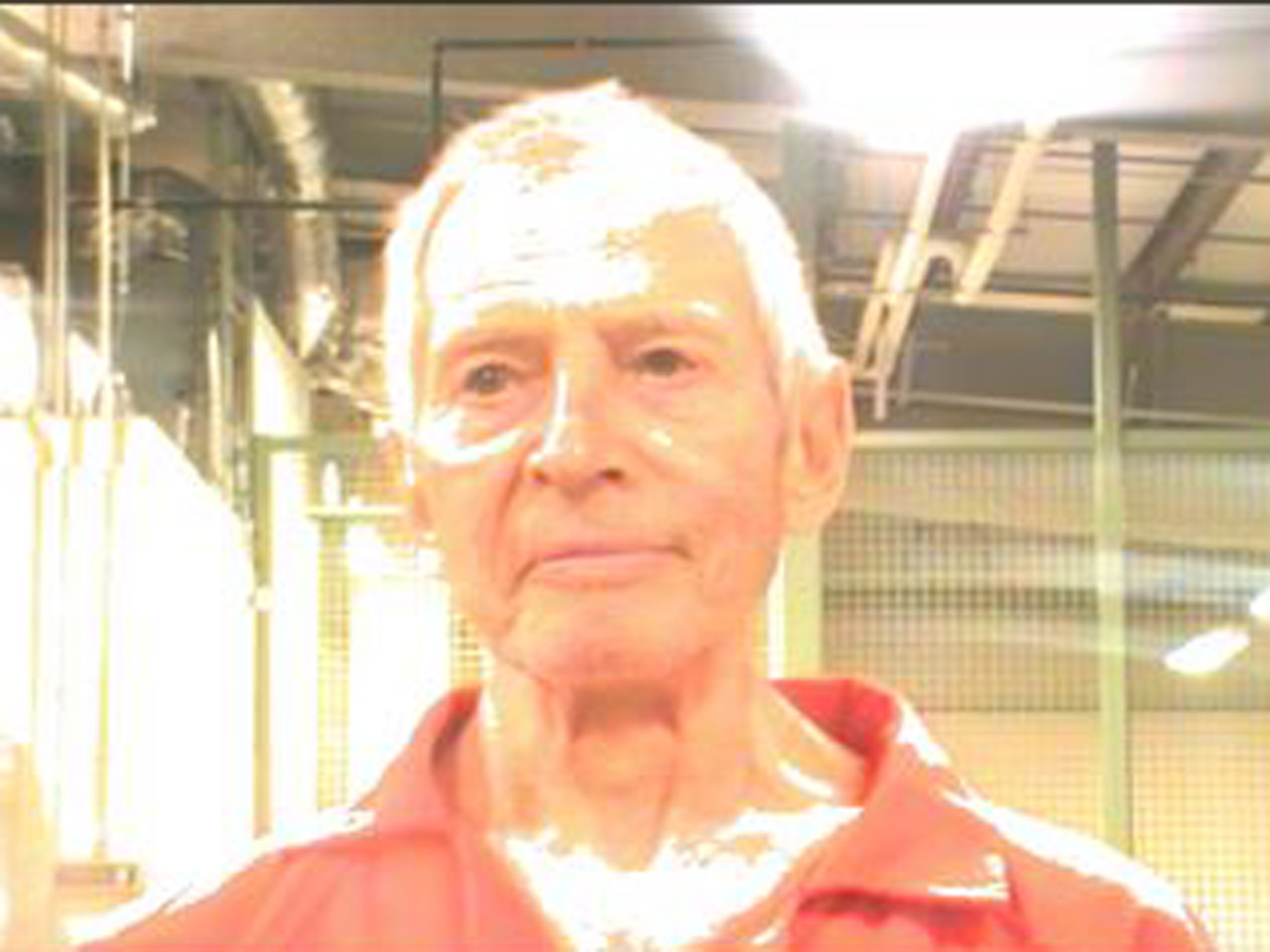 Robert Durst, the infamous murder suspect whose saga inspired the HBO series "The Jinx," has been arrested in New Orleans, CBS News has confirmed.

The eccentric son of a prominent New York real estate developer was taken into custody over a first degree murder warrant out of Los Angeles, officials told producers for CBS' "48 Hours," which has been following the case for more than a decade.

Durst was arrested by FBI agents Saturday afternoon at a J.W. Marriott hotel in New Orleans on a Los Angeles warrant for the murder of Susan Berman 15 years ago, FBI spokeswoman Laura Eimiller said.

Durst, 71, has never been charged in connection with the unsolved 2000 murder of Berman in the Hollywood section of Los Angeles, who was killed as cold-case detectives prepared to question her in the 1982 disappearance of his wife, Kathie.

He was acquitted in the 2001 dismemberment death of his Galveston neighbor, Morris Black, because he said the killing was in self-defense.

Durst has always denied involvement in his wife's disappearance or Berman's murder.

A federal law enforcement source told CBS News senior investigative producer Pat Milton the arrest is the result of a lengthy investigation by the FBI in New York and Los Angeles, the LAPD, and New York police officials.

Recently, law enforcement developed information that led them to believe Durst may have been trying to flee prosecution, the source told Milton. The FBI was able to locate him in New Orleans. FBI set up surveillance at the hotel in New Orleans Saturday and when Durst walked into the hotel lobby at around 4:30 p.m. local time he was taken into custody.

The source said that Durst had registered at the hotel under false identification.

Defense lawyer Chip Lewis, who successfully defended Durst in the Black killing, said his client will waive extradition and be transported to Los Angeles to face the charges.

"He's maintained his innocence for years," Lewis said. "Nothing has changed."

He is being held with bond.

Durst's saga inspired a six-part series on HBO, the finale for which airs Sunday evening.

The Los Angeles case of Susan Berman, the daughter of a Las Vegas casino owner, has troubled officials for years. The Los Angeles Times reports that local detectives have been interviewing new witnesses.

The case was never officially closed, but potential new evidence recently put it back in the spotlight, reports "48 Hours" correspondent Erin Moriarty, who has been covering the story for more than a decade.

Lewis, the attorney, said the arrest was orchestrated by Hollywood to come before the final episode.

"No doubt," he said. "It's all about Hollywood now." Lewis said he was familiar with the Berman killing and wasn't surprised by the arrest because of the number of emails and calls he got after last week's episode aired.

He said new evidence touted by producers, however, was something he was already familiar with.

"I know all about this case," Lewis said. "I have no doubt we will present a most compelling defense."

Susan Berman's body was found in her house on Christmas Eve in 2000. She had been shot once in the back of the head and there were no signs of a struggle.

LAPD detective Paul Coulter, who was the lead investigator for more than a decade, said police received an anonymous letter alerting them to her murder.

"And it's just addressed 'Beverly Hills Police Department' with her address, and the word 'cadaver,'" Coulter said.

That letter became part of the story again on Sunday.

Sareb Kaufman, Berman's stepson, discovered a different letter, this one written by Durst and sent to Berman months before she died. The similarities between the two were striking: The address was written exactly like that of the cadaver note, down to the misspelling of "Beverly."

"It was clear enough that I might be dancing with the devil," Kaufman said in the film.

The discovery adds to the body of evidence -- all circumstantial -- pointing to Durst.