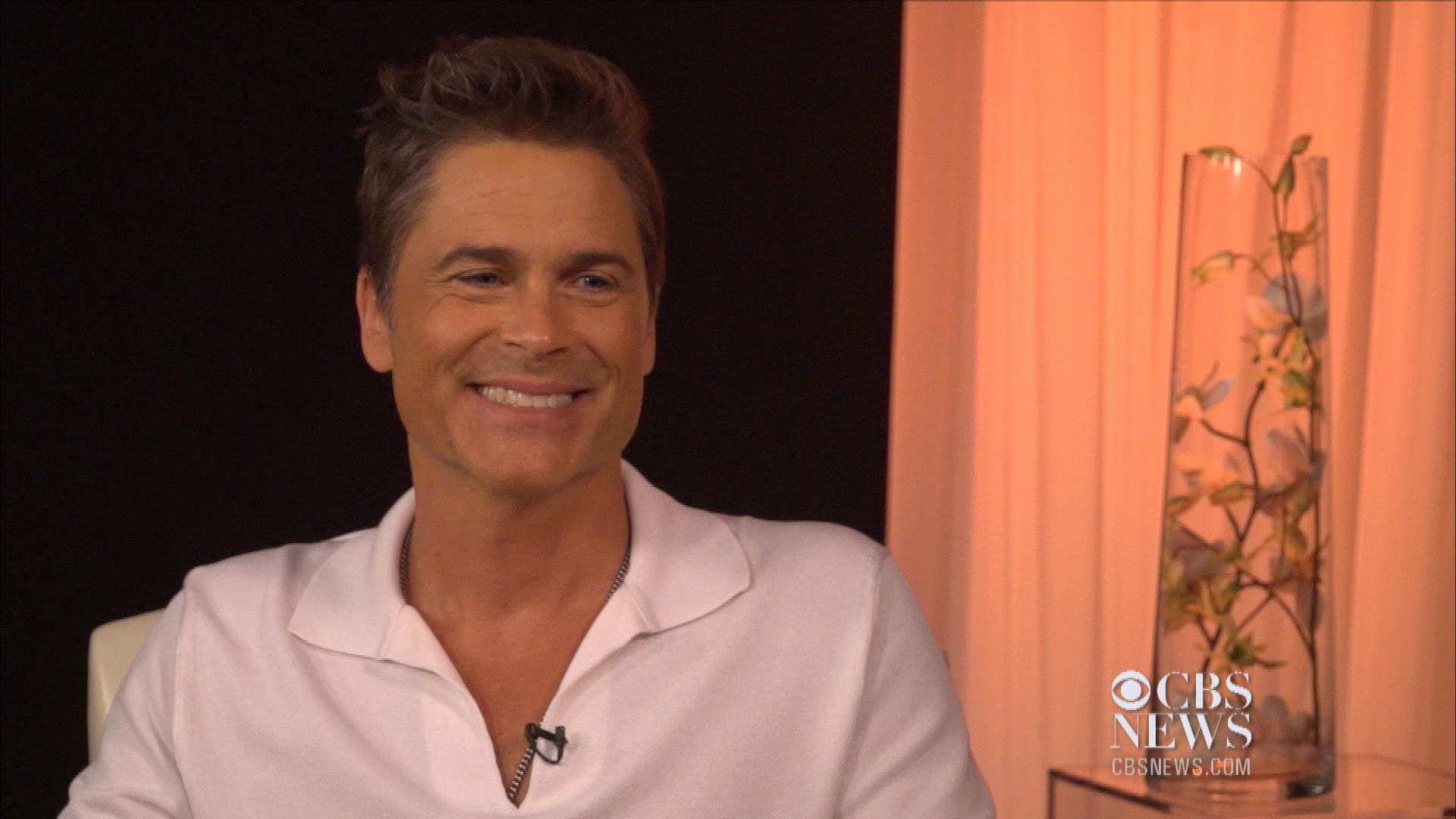 Be prepared to see a lot more of Rob Lowe in the very near future. And we're not talking only about those hilarious Direct TV ads featuring a variety of Rob Lowes. Scrawny arms Rob Lowe, anyone?

The 51-year-old actor is behind "Moonbeam City," a new animated series from Comedy Central, which premieres September 16, airing right after "South Park." Lowe voices the character of a detective named Dazzle Novak.

"It's a 1980s/futuristic look at the most violent, sexually-depraved city in America. And I play the top cop, who's just a handsome idiot, who causes more crimes than he solves," Lowe said about the series, which co-stars Elizabeth Banks and Will Forte.

He's also returning to television this fall in the new Fox series "The Grinder" (co-starring Fred Savage), about television lawyer Dean Sanderson, who moves back to his small home town after a stint in Hollywood thinking his time on TV qualifies him to run his family's law firm.

Plus, Lowe recently teamed with MasterCard and Stand Up To Cancer as a spokesperson to help raise money and awareness for cancer research. Lowe, who lost both his mother and grandmother to breast cancer, has long been an advocate for the cause.

Read on for more from Lowe (and check out the our interview with him above):

On "The Grinder": "I play an iconic famous television actor who has done eight years on 'The Grinder.' 'The Grinder' is canceled and now he's lost, and he's trying to find himself. So, he decides he's going to join his brother Fred Savage in the family law practice -- despite not having a law degree."

On the Brat Pack era: "It felt like the beginning of something bigger than any of us. And what it was was the beginning of the modern movie business, which caters almost totally to young people."

On his favorite Brat Pack movie: "My favorite film of the Brat Pack I'm actually not in, and that's 'The Breakfast Club.' I think 'The Breakfast Club' and 'Fast Times at Ridgemont High' are amazing. I'm very partial to 'About Last Night.' 'St. Elmo's Fire' is its own animal, and there are people who you think would know better that quote every line of 'St. Elmo's Fire.' Like Gwyneth Paltrow knows every line. Peyton Manning knows every line!"

On his Direct TV ads: "It's as close as I would ever get to hosting 'Saturday Night Live' where you get to create characters. We never get to do it. We play one character and go to another. So to have an anthology of Rob Lowes was really, really fun and challenging just from an acting point of view."

On 25 years of sobriety: "It saved my life. It's the greatest thing that ever happened to me. I wouldn't have anything today without that. Meanwhile, I still have a great wine cellar of great wines. I love my friends. I have the best tequilas for them. I'm not like a crazy preacher about it. If I could still do it, I'd be doing it. In fact, I'd probably be drunk right now if I could! If there was any way I could get away with it. But for me, I can't. But I love being a part of other people who can still do it."

On 24 years of marriage: "I found the right woman -- my wife Sheryl. And I knew if I ever was going to make it work I had to get my act together.... There's no secret.... You just have to be willing to work when it gets tough, and it's going to get tough. It's like having a career. When you have a long career, you're going to have times when you're not the 'it' guy. And it's the same with love. There are days when you're so into it, and there are other days when you were like ehhhhh! The totality of time there's going to more days when you're just so in love."

On Stand Up To Cancer initiative: "For any MasterCard holder from today to September 15, if you spend more than $10 eating out or ordering in, a portion of that money is going to go to Stand Up To Cancer, and we're hoping to raise $4 million between now and then."

On his recent "Sound of Music" video tweet: "That's the thing about 25 years sober. When I first got sober my biggest fear is that my life would be boring and I wouldn't have any fun anymore. When you look at my Saturday night 'Sound of Music' tweet, you go, 'That guy is having way too much fun!' And that is sober and loving life.... I was goofing around with my wife and some friends."

On his typical Saturday night: "They're all the same for me in that they are all good. I'm either working really, really, really hard and traveling the world, or I'm at home with my wife and my boys. They're home from college and we're watching ESPN, or we've been out on the boat fishing. We're grilling out in the backyard and playing with the dogs. And they go off to do what 21-year-old boys do, and my wife and I go off and do our thing. It's just simple and easy and lovely."