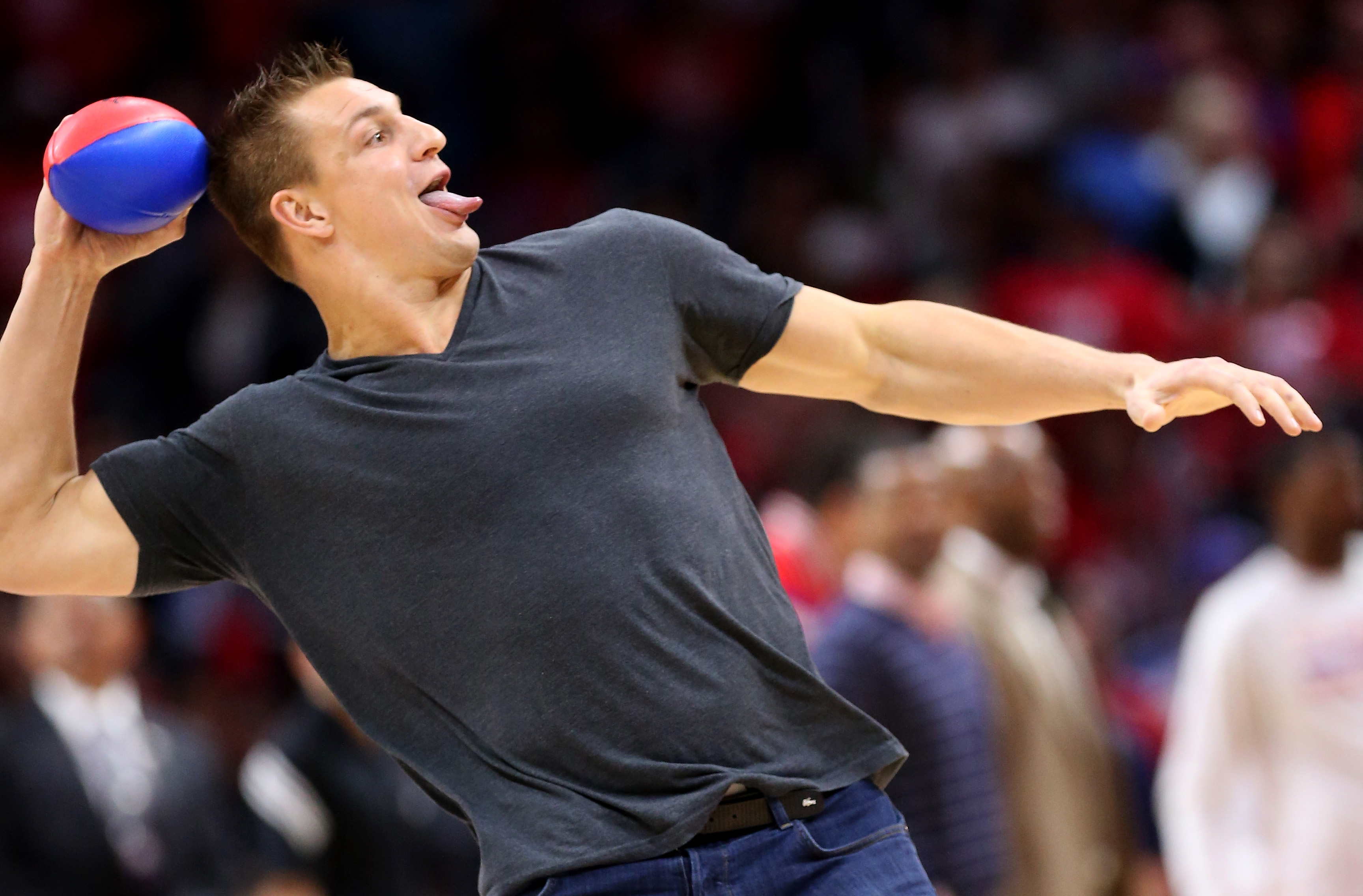 As Spicer was answering a reporter’s question, Gronkowski opened the sliding door in the back of the briefing room and said, “Need some help?” drawing laughter from the press corps.

“I think I’ve got this, but thank you,” Spicer responded.

The Hill newspaper’s Jordan Fabian snapped a photo of the interaction.

The Patriots are joining the president at a White House event Wednesday afternoon to celebrate their Super Bowl win, though quarterback Tom Brady will not be attending the ceremony.

“In light of some recent developments, I am unable to attend today’s ceremony, as I am attending to some personal family matters. Hopefully, if we accomplish the goal of winning a championship in the future years, we will back on the South Lawn again soon,” Brady said in a statement Wednesday, which came after former Patriots star and convicted killer Aaron Hernandez was found dead after killing himself in prison overnight, according to authorities.