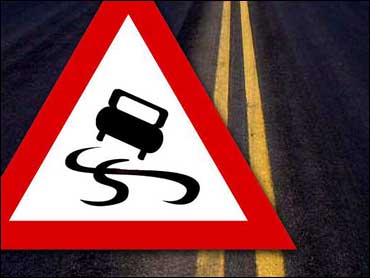 To you, that angry, horn-blasting tailgater is suffering from road rage. But doctors have another name for it — intermittent explosive disorder — and a new study suggests it is far more common than they realized, affecting up to 16 million Americans.

"People think it's bad behavior and that you just need an attitude adjustment, but what they don't know ... is that there's a biology and cognitive science to this," said Dr. Emil Coccaro, chairman of psychiatry at the University of Chicago's medical school.

Road rage, temper outbursts that involve throwing or breaking objects and even spousal abuse can sometimes be attributed to the disorder, though not everyone who does those things is afflicted.

By definition, intermittent explosive disorder involves multiple outbursts that are way out of proportion to the situation. These angry outbursts often include threats or aggressive actions and property damage. The disorder typically first appears in adolescence; in the study, the average age of onset was 14.

The study was based on a national face-to-face survey of 9,282 U.S. adults who answered diagnostic questionnaires in 2001-03. It was funded by the National Institute of Mental Health.

About 5 percent to 7 percent of the nationally representative sample had had the disorder, which would equal up to 16 million Americans. That is higher than better-known mental illnesses such as schizophrenia and bipolar disorder, Coccaro said.

The average number of lifetime attacks per person was 43, resulting in $1,359 in property damage per person. About 4 percent had suffered recent attacks.

The findings were released Monday in the June issue of the Archives of General Psychiatry.

CBS News correspondent Richard Schlesinger reports Lou Amber has been driving in New York City traffic for more than 45 years and knows how mean the streets can be.

"If I have to bite my tongue, I'll bite my tongue because you know, you never know who're you're dealing with," Amber said. "That person could have a weapon."

"It is news to a lot of people even who are specialists in mental health services that such a large proportion of the population has these clinically significant anger attacks," Kessler said.

Four a couple of decades, intermittent explosive disorder, or IED, has been included in the manual psychiatrists use to diagnose mental illness, though with slightly different names and criteria. That has contributed to misunderstanding and underappreciation of the disorder, said Coccaro, a study co-author.

Coccaro said the disorder involves inadequate production or functioning of serotonin, a mood-regulating and behavior-inhibiting brain chemical. Treatment with antidepressants, including those that target serotonin receptors in the brain, is often helpful, along with behavior therapy akin to anger management, Coccaro said.

Most sufferers in the study had other emotional disorders or drug or alcohol problems and had gotten treatment for them, but only 28 percent had ever received treatment for anger.

"This is a well-designed, large-scale, face-to-face study with interesting and useful results," said Dr. David Fassler, a psychiatry professor at the University of Vermont. "The findings also confirm that for most people, the difficulties associated with the disorder begin during childhood or adolescence, and they often have a profound and ongoing impact on the person's life."

Jennifer Hartstein, a psychologist at Montefiore Medical Center in New York, said she had just diagnosed the disorder in a 16-year-old boy.

"In most situations, he is relatively affable, calm and very responsible," she said. But in stressful situations at home, he "explodes and tears apart his room, throws things at other people" to the point that his parents have called the police.

Hartstein said the study is important because many people are not aware of the disorder.