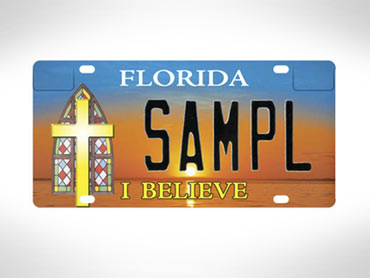 A new analysis shows a small but surprising upswing during the 1990s in the proportion of women with newly diagnosed breast cancer who have unusually large tumors, which are more likely to prove fatal.

Experts are uncertain why this happened, but they speculate that both obesity and hormone replacement therapy may have fueled the growth of larger cancers, even during a time when the discovery of small tumors rose dramatically as a result of widespread mammography.

The analysis, prepared by the American Cancer Society, found that the incidence of large tumors increased by just over 2 percent a year between 1992 and 2000, but only in white women.

"The great majority of tumors in white women are small and at a localized stage," said Dr. Michael Thun, senior author of the report. "But we were surprised to see there has been an increase in tumors of five centimeters or more."

The analysis is based on the National Cancer Institute's Surveillance, Epidemiology and End Results program, a database of cancer incidence and survival data that covers about 14 percent of the U.S. population. It was published in the latest issue of the cancer society's journal CA.

Large tumors are about twice as common in black women. The cancer society attributes this to less access to high-quality screening, particularly for poor women. In 2000, there were 12 cases of large tumors for every 100,000 black women, a figure that changed little throughout the 1990s.

Overall, breast cancer survival is improving. Since about 1990, the breast cancer death rate has been falling by 2½ percent annually for whites and 1 percent for blacks. Experts say they think better treatment, including widespread use of the drug tamoxifen, as well as mammogram screening are responsible for the improvement.

However, cancer can take many years to kill after it is discovered, and the increase in newly diagnosed large tumors is worrisome, because they are more likely to have spread and are harder to cure.

"I'm not sure what to make of it. It's a surprise," says Dr. Phyllis Wingo, an epidemiologist at the Centers for Disease control and Prevention. She said other studies that follow women's health for long periods of time could help confirm the finding as well as help doctors figure out its cause.

The hormone estrogen can fuel the growth of breast cancers. Thun said the most likely explanation for the rising tumor size is increases in women's estrogen levels resulting from obesity and hormone replacement therapy, or HRT, after menopause.

Fat tissue itself makes estrogen. About two-thirds of U.S. women over 50 are overweight. The cancer society estimates weight contributes to between one-third and one-half of all breast cancer deaths among older women.

The use of hormone replacement pills, which include estrogen, has fallen since last year, when a study showed that the widely used treatment after menopause increases the risk of breast cancer, heart attacks and stroke. That study found breast tumors were slightly larger, on average, among the hormone users.

"Is it biologically tenable that HRT and obesity could have contributed? The answer is clearly yes," said Dr. Larry Norton, deputy physician-in-chief for breast cancer programs at Memorial Sloan-Kettering Cancer Center in New York City.

"I am at a loss to understand why there was the blip in very large cancers," he said. "I can speculate that women who do not want to be screened also neglect to bring their cancers to their doctor's attention and delay seeking care even longer than before screening was available."

Dr. Cheryl Perkins, senior clinical adviser at the Susan G. Komen Breast Cancer Foundation, said the push during the 1990s to increase mammography, especially among poorer women, may have led to the discovery of large tumors in those who had never been screened before.

"If you bring new women into the screening arena, you may find larger tumors initially," she said. "If you continue to screen, you will find smaller ones."