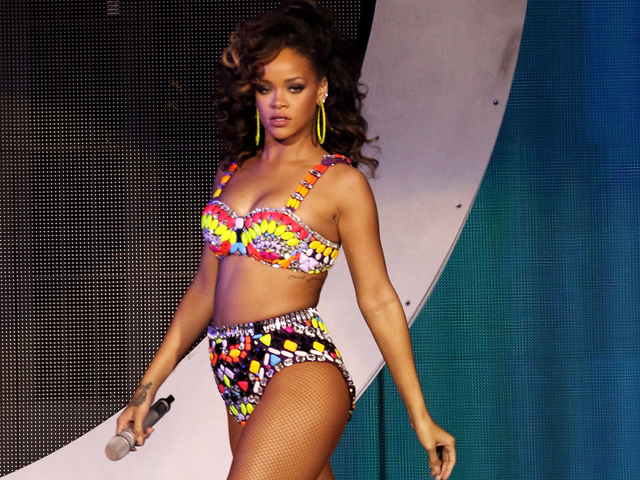 (CBS) Rihanna may have offended U.K audiences with the outfit she wore during her performance on "The X Factor," reports say.

For her performance, Rihanna wore a modest plaid dress and clunky punk shoes with writing scribbled all over them. One of the shoes had "F*** Off" written on them, reports The Telegraph.

While audience members may have been offended, a spokesperson for the show didn't seem to be up in arms.

"There were no close-up shots of Rihanna's shoes," the spokesperson said, according to MTV. "We believe the performance was suitable."

This was not the first time the songstress turned heads in Europe: Her latest music video "We Found Love" has been banned from being played before 10 p.m. in France, according to Pressparty.