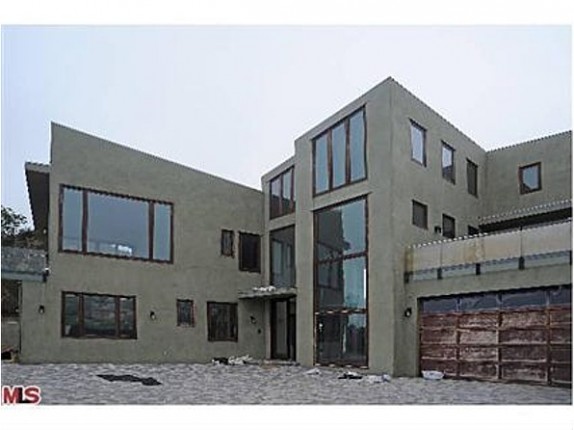 Grammy Award winner Rihanna is used to belting out one smash hit after another, but sometimes even a best-selling artist can't find an "umbrella" large enough to stay dry when it rains -- or leaks.

The Zillow real estate blog recently reported the songstress listed her sprawling 8,520-square-foot mansion in Beverly Hills, Calif., as a short sale for a bargain price of $4.5 million. It's certainly a deal for the future owner, considering Rihanna originally purchased the property for $6.9 million back in 2009.

At first glance, it appears the singer stands to lose millions in this soggy real estate deal. However, several reports indicate that's not the case. They say Rihanna is in the middle of a legal dispute with the property developer and several other parties, and she may end up recouping some of her losses if the other parties are found at fault.

According to Media Takeout, Rihanna filed a lawsuit last August against the builder, previous owner, home inspector and real estate agents involved in the sale. She claims the home was poorly constructed and had numerous design flaws, which allowed rain water to seep in and cause substantial damage to her posh digs.

Rihanna and her legal team allege she never would have bought the mansion if she had known about the structural problems. As The Real Estalker reports, Rihanna believes the former owner knew about the issues and failed to disclose major waterproofing and construction defects, which resulted in significant damages to the property after a rainstorm in January 2010.

The property is currently described as a "major fixer with extensive damage from moisture and water intrusion at the roof, windows, doors, and balconies." That's a stark contrast from its previous description as a "stunning, brand new development" when Rihanna assumed ownership in 2009.

The diva's former home might sound less than spectacular considering the waterlogged details, but the 8-bedroom, 10-bathroom mansion still features plenty of high-end, contemporary amenities, like a sauna, steam room, library, gourmet kitchen, master suite and private home theater. The gated estate backs up to undeveloped property on a lofty hill and measures more than three-quarters of an acre, with a sleek swimming pool and sweeping views of Los Angeles.